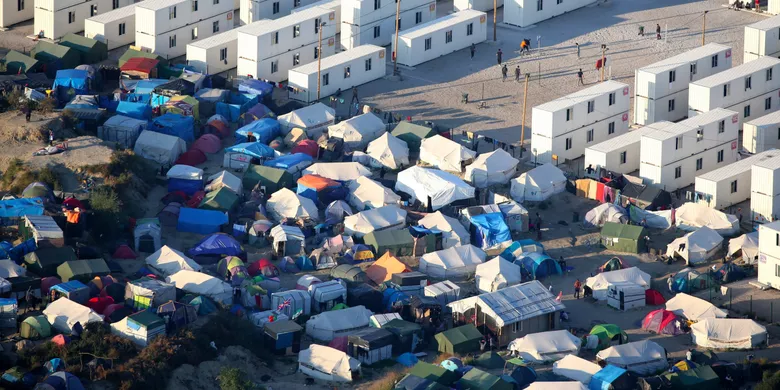 Dan Chadder, long-term volunteer for Help Refugees in Calais, writes about visiting his former secondary school to deliver a talk on the plight of people living in Calais and the ways in which students can and want to help.

They came in large numbers travelling from ashore,

On a boat and filled with thoughts of war,

They have a goal that they might never reach,

But they give up everything just to travel the sea.

All of them packed together and huddled up,

The lucky ones may even take a truck,

They all want to get away from their dangerous old home

Anywhere would be better; even Rome.

Some boats may capsize in the middle of the sea,

Gone forever, never to be seen.

The fortunate few may be saved,

Instead of being washed away by a wave.

None of us notice, nor do we care,

Some of us partying and not in despair.

The kids have lost their parents and are all left alone,

They sometimes eat off just scraps of bone.

Left in tents in the cold winter nights,

While we have heating and are able to write.

We have an education and are all very smart,

Why don’t we just let them have a small chance?

His views are simple and unclouded by politics. As the Roald Dahl saying goes:

“Grown ups are complicated creatures, full of quirks and secrets.”

Kavi sees something terribly wrong because the people he sees on the boats and in the tents are exactly that – people.

I was excited to speak to students from my former secondary school, St Clement Danes, about my time volunteering with Help Refugees supporting refugees in Calais. Young people have an ability, which many adults lose, to still remain sensitive to the utter horror of it. It made sense to me to engage directly with an engaged group, especially as we are seeing young people across the world challenging world leaders head on over the great battles of our time.

“You are not mature enough to tell it like it is, even that burden you leave to us children.”

I chose to focus on the humans behind the numbers and the power of giving.

Over the 6 month period that I volunteered in Calais, I was part of a team that distributed thousands of much needed items of clothing, bedding and hygiene to refugees. One distribution stands out in my mind. 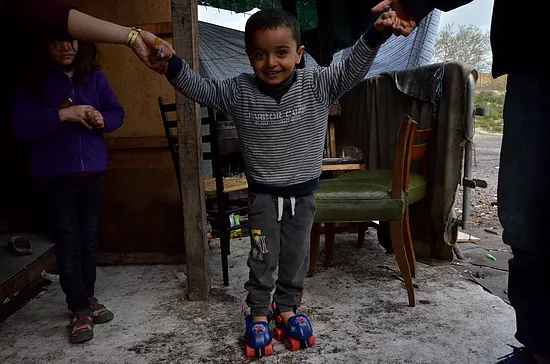 Little Spiderman. A young boy who has dreams of growing up to be a superhero. After his Father requested anything Spiderman, we helped turn this little boy into a superhero.

We even made a special spiderman box for other children who escape in their minds to a better imagined world. This can be the power of giving. And in a culture of brutality that makes refugees feel not human, like cattle, the power of giving goes far beyond keeping people alive in the winter. It shows a care. That we see them suffer and that it makes us angry to.

We give to humans. That is why we choose to give.

I wasn’t sure how this message would be received, but I was blown away by the response throughout the whole school body. It was the level of engagement in the assembly that struck me most. The room was totally still. After I had finished speaking, the Head of the school gave further reflection to students, encouraging students to think big. The message reached home too. I had a couple of parents approach me to tell me that their child had come home inspired and wanting to do something about it. And they did. 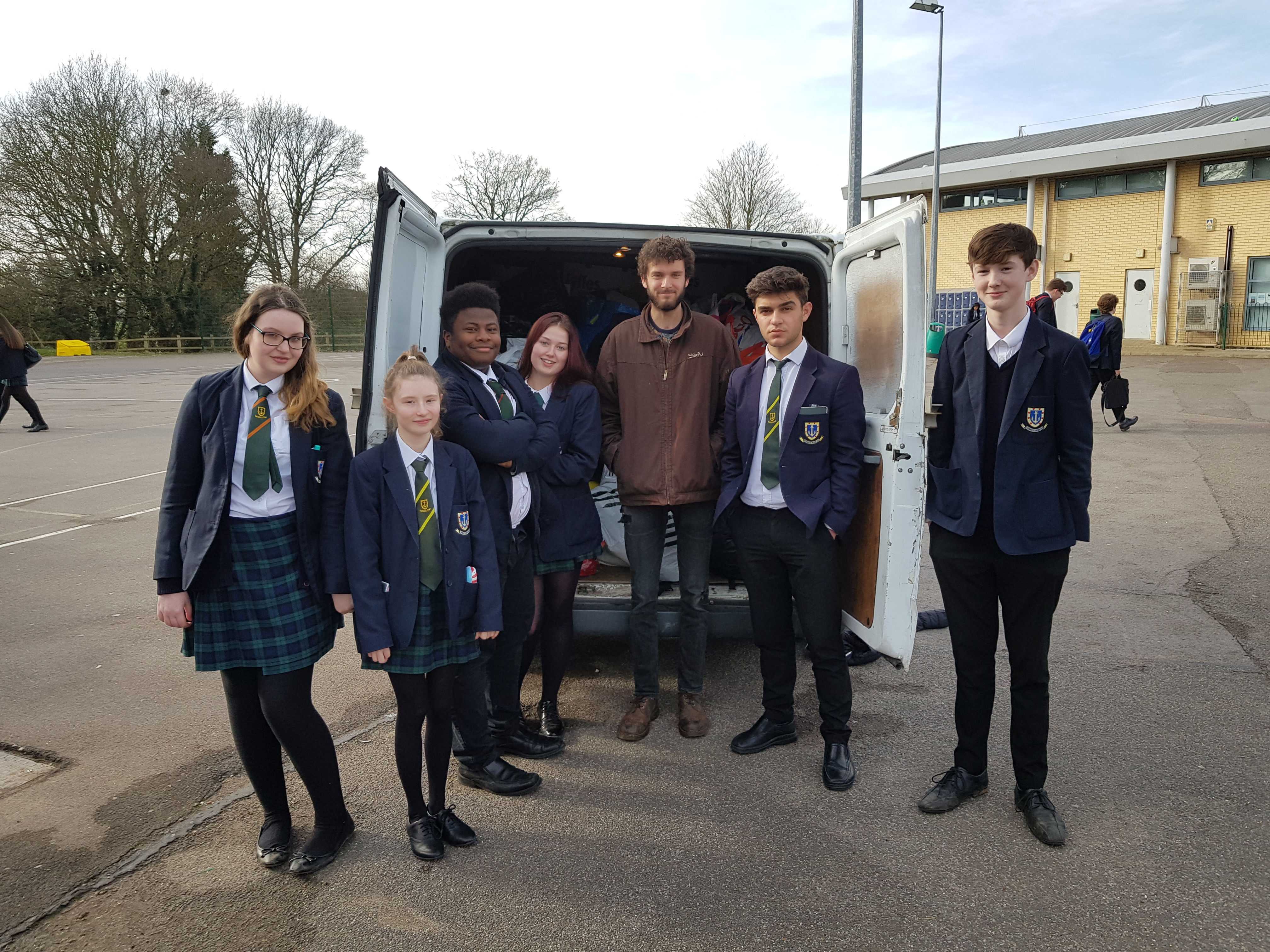 Enough clothes and sleeping bags were donated by students to fill a van. Thanks to the support of the Head of Maths, who happily helped arrange the assembly, the clothes could be stored and collected by charity prefects.

This was such a simple thing to do. If more schools could be engaged by former students on this issue, a massive response would be possible not only in terms of donations given, but also in the awareness raised. The desire of school teachers to invite positive messages to be heard in their schools is there; why not bring that positive message? The desire for change in young people is there; why not give them more opportunity to give?

Volunteers are really needed in Calais at the moment. Head here if you’d like to register to join us!

If you’d like to do some fundraising please head to the fundraising pages of the website, here, or if you’d like to organise a collection of donations like the students at Dan’s school please click here for more information. If you have any questions at all please get in touch with us via contact@helprefugees.org.

Your ticket for the: Young people want to help