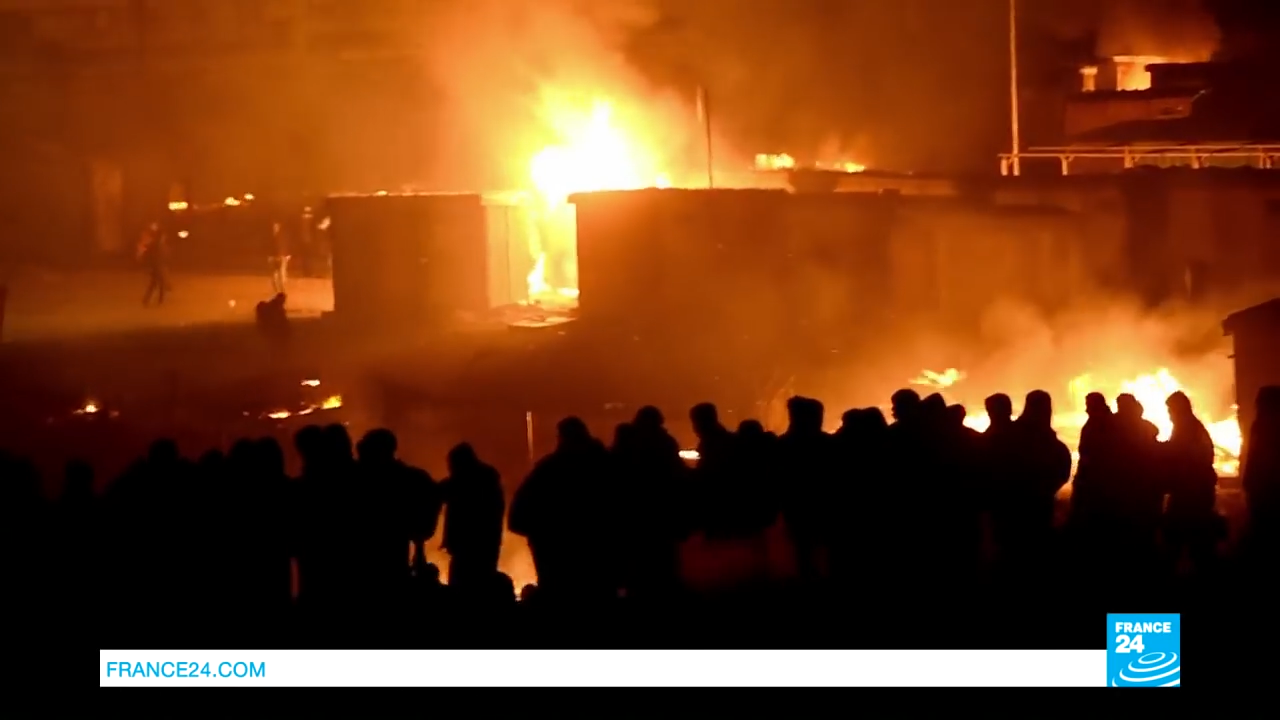 Why Are We Not Talking About Dunkirk?

With up to 400 displaced people living in effective purgatory in the Dunkirk area, what has changed in the year since the Grande-Synthe Refugee Camp fires?

There is a girl with bright green eyes and jet black hair. She is wearing a grubby pink ski suit with matching grubby pink hat.

She is about two years old I’d guess.

She is sleeping rough in an area around Dunkirk, France.

It is called Grande-Synthe.

I walk to enter the gymnasium, kindly opened by the local authorities here in Grande-Synthe, the largest city on the outskirts of Dunkirk, intended only to house a fortunate few temporarily.

It hasn’t worked out that way and some of the transient community has waited out the winter here whilst the others sleep outside.

She looks up at me and her eyes a full of tears illustrating to me far more pain that any two year old has ever deserved.

And I am just not able to emotionally engage with this pain further.

I am at work, delivering aid to the residents of the gym. So I decide to do just that and this little girl is not sleeping in the gym, so I try to move on.

My mind is inevitably occupied by this child though, no matter how much I decide I won’t think about her.

My thoughts interrupted by a hand pushing back on my chest. It is a security guard working at the gym.

“Are you with an association or…” he trails off.

The implication is clear and it seems that he has noticed my non-European heritage.

“Would you like to see my papers?” I reply, noticing my colleagues have not faced this line of questioning. They keep saying Dunkirk is better but somehow it feels very much the same as another place in the North of France: Calais; and for the record I have what is, at best, an ever so slight tan.

The security guard waves me through.

I turn around to look at the girl.

She tries to follow me into the warmth but two large adult men block her entrance. Her mother scoops her up and carries her back to the pile of unwashed blankets strewn outside.

It looks like something you would discover in a skip outside of a building site but for now this is all this family have to call home.

Dunkirk is only a half hour drive away, yet the displaced population of Calais get the most attention in terms of media engaging with this issue in Northern France. It’s easy to see why: the police violence is brutal and financially supported by both the central French government and UK tax money, sourced from agreements such as the Sandhurst treaty signed by Theresa May and Emmanuel Macron in January.

The response in Grande-Synthe is vastly different. The elements of humanitarian assistance here are not funded by these European superpowers — but by the local city hall and led by Mayor Damien Carême.

This is a key fact when discussing their approach to the crisis. They do not have unlimited funds to pump into a project protecting vulnerable people. A well intentioned desire to engage with the issue positively and proactively is the first step. The second is translating this into action that works for everyone and this obviously is easier said than done.

There are two bodies who are working in Grande-Synthe, the Mayor’s office and the Préfecture. To complicate things further they have contradictory aims. While the Mayor, Damien Carême, and his administration may try to provide services for the displaced population in the area (and over the last few years they have provided more for displaced peoples and refugees than any other administrative body in France) the Préfecture, representatives of the French government’s position, often undermine their attempts.

This often forces the Mayor’s office to take a less than ideal position: to claim there are mechanisms in place, and crucially, mechanisms which have the capacity to deal with the crisis,. This helps create some illusion of engagement and are able to deter more negative media attention as well as the potential efforts of aid organisations who could provide relief.

This allows the Mayor’s office to pursue a more open liberal approach and allows the Préfecture to continue creating a hostile environment for the displaced population. Both political bodies get a little of what they want whilst men, women and children continue to struggle to access services as basic as food and shelter.

People are being used here as political bargaining chips.

We saw this approach in the Grande-Synthe camp. It was built as France’s first legal refugee camp and Carême would proudly chaperone flocks of journalists waving at flimsy looking structures, signs proclaiming “Health Centre” and “Information Point”.

By December 2016, three months before the camp burnt to the ground, the health centre had no facilities for male patients (who were ferried via minibus to the nearest hospital) and the Information Point was never manned and on closer inspection appeared to have never been completed.

For his efforts Damien Carême was a finalist in the 2016 “Best Mayor in the World” competition, an honorary title awarded by the City Mayors Foundation.

We can criticise Carême for his approach but we have to remember setting up the Grande-Synthe camp was far more effort made to safeguard vulnerable displaced people than anywhere else in the country. Being a locally-funded effort, digging deep into the Grande-Synthe coffers, with little support from the French government, it is not too surprising that they were never able to complete their ambitious plans.

By 11 April 2017, the Grande-Synthe camp burnt down during clashes between criminal gangs operating in the camp. This left up to 1500 people without shelter or access to basic provisions.

April 11 2017 — The Grande-Synthe Refugee Camp catches fire leaving up to 1500 people without access to basic services such as food and shelter.

It has been a year since the camp burnt to the ground.

It is estimated up to 400 people remain in the Dunkirk area, either housed in the gym, sleeping outside of the gym, or have taken refuge at Puythouck, a local nature reserve.

“Migrants and asylum-seekers along the northern French coast, including those not admitted to the sports centre in Grande-Synthe, are facing an inhumane situation, with some living in tents without toilets and washing themselves in polluted rivers or lakes,” – Léo Heller, the UN’s Special Rapporteur on the human rights to water and sanitation.

Mayor Damien Carême continues to do what he can to improve the situation but his position is becoming increasingly untenable and one can feel his fatigue setting in. Every attempt made to improve the situation for homeless families in the area is effectively undermined by the actions of the Préfecture who issue orders to the officers policing the area.

I leave the gym after distributing food to the people sleeping inside.

My eyes are drawn to the two year old I had met earlier, but then I notice everyone else, and fully see the full extent to the destitution, poverty and despair that surrounds the gymnasium.

The numbers are overwhelming.

There are too many families sleeping outside on the streets of Grande-Synthe.

How can a year on from the destruction of the first legal refugee camp in France can we have regressed this far?

How can we allow toddlers and babies to sleep outside in the cold?

Your ticket for the: Why Are We Not Talking About Dunkirk?

Why Are We Not Talking About Dunkirk?