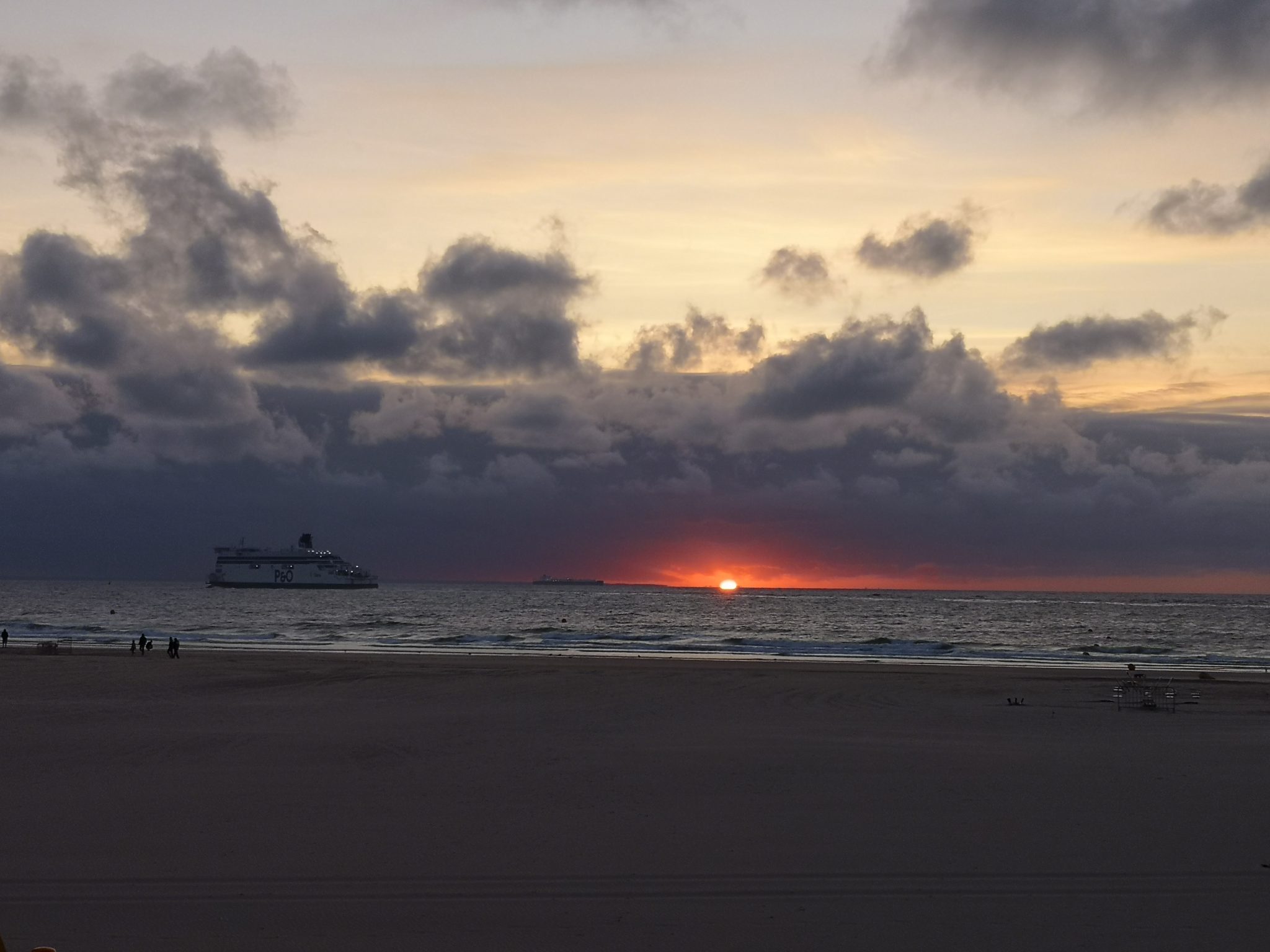 I’d heard about the work of Help Refugees/ Choose Love through The Guilty Feminist Podcast. Last summer, I took the plunge and volunteered in the warehouse in Calais for a few weeks.

The warehouse is on the outskirts of Calais and is brilliant. It’s a labyrinth of lines of clothes, tents and toiletries with boxes piled high. The warehouse is a continuous hive of activity; before I volunteered I wasn’t aware of how many charities operate from its premises. Each morning began with a briefing, with updates on the camps, police activity and the number of meals needed for the day. This was then followed with a short ‘wake up activity’ such as yoga or stretching.

The work was very varied and my time was split between three different areas. For the first week I helped in the main warehouse, sorting out donations and preparing arrival packs, tents, bedding and hygiene items to be distributed. Three of those days were spent cleaning old tents which had been salvaged from Glastonbury, there were some interesting finds!

In my second week, I volunteered with the Refugee Community Kitchen (RCK) which is connected to the warehouse. They provide and distribute hot dinners every day in Dunkirk and Calais. Working in the kitchen was good fun and time goes by so quickly when you prepare vegetables to loud French dance music! I went with the RCK to Dunkirk where we served food to refugees outside a leisure centre, which at the time was being used temporarily to house women and children. There were also a number of temporary shelters and tents surrounding the centre. The atmosphere seemed quite calm. After we finished serving we chatted with some of the refugees. A few youngsters attempted to teach me a bit
of Kurdish.

I also spent a couple of days helping clean a safe house run by a local church group. The house had become infested with bedbugs and needed to be thoroughly cleaned following the fumigation. This included cleaning all the cupboards, scrubbing floorboards and walls and washing all the linen. The volunteers and residents at the house made me feel very welcome, serving me dinner and one evening inviting me to a celebration.

I split my stay in Calais between a budget hotel and a youth hostel. Some of my roommates were also volunteering so we would catch the bus to the warehouse together. We also cooked for one another and socialised in the evenings. There was a lot going on in Calais, my visit coincided with a firework display for Bastille Day, a Michael Jackson tribute act and a breakdancing competition! Although it was nice for me to unwind, I was conscious that there were many people in and around Calais not having as pleasant a time.

Some of my experiences were quite upsetting. Whilst I was there, a young gentleman had passed away whilst hiding in the luggage section of a coach and a child contacted the charity for help from within a refrigerated lorry. It was also harrowing to see the shelters that some of the refugees were sleeping in. One night there was a heavy thunderstorm, it felt wrong that I was comfortable and dry in a youth hostel when there were hundreds of people spending the night under tarpaulins.

However, what struck me in Calais was how strong, kind and positive many of the refugees were despite their plight. There was a real community atmosphere in the warehouse, with a strong focus on inclusion. The other volunteers were from all walks of life and from all over the World including Australia, South Africa and Mexico. I spoke to one woman in her 80s who travels to Calais every month from London to mend clothes and sleeping bags.

The dedication of the long term staff was incredible; many had been there for years and had seen many upsetting things. I also felt the charities really looked after their volunteers, for instance after each distribution the team would meet to discuss their experiences and raise any issues they had. Volunteers were also encouraged to take regular breaks and days off to prevent ‘burning out’. There were also workshops and mental health talks regularly available.

If you’re thinking about volunteering in Calais I would highly recommend it, even if it’s for just a couple of days. I met some really interesting people and it really opened my eyes to the situation on the other side of the Channel. If you decide you’d like to do the same, click here for volunteer registration.

Your ticket for the: What’s it like to volunteer in Calais?