What ‘wood’ you do? Life as a volunteer in the woodyard 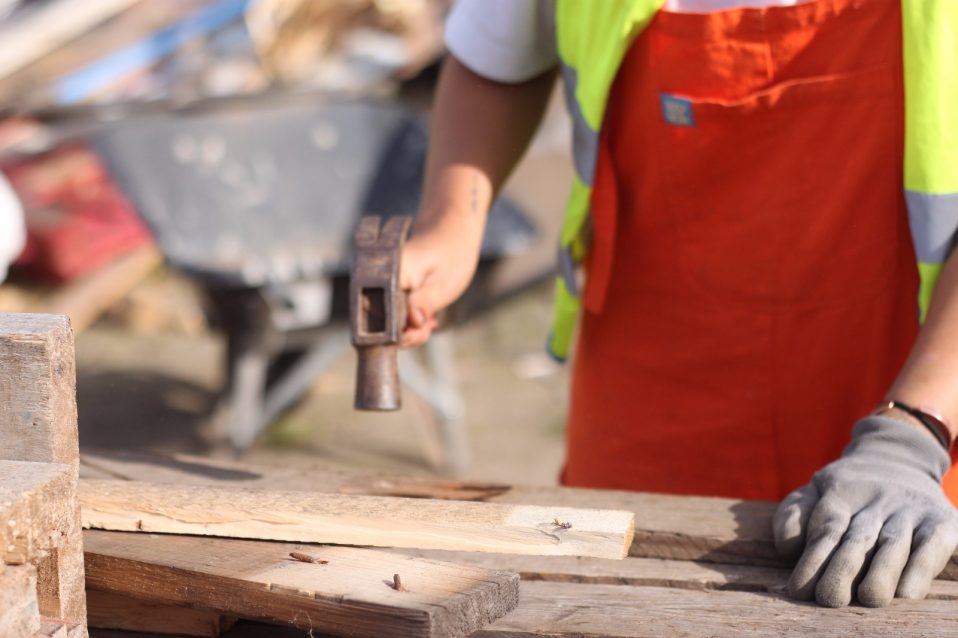 How much wood can a woodchuck chuck, if a woodchuck had to chuck wood for 600+ abused, exhausted and deprived migrants in Northern France with underfunded equipment handled by a limited flow of volunteers.

The backend of the excellent Warehouse that distributes food and donations. At first glance, the woodyard appears a wasteland of discarded wood, and yet through organisation, teamwork, and manual labour, the makeshift workshop produces essential fire building material enabling people to survive the fast approaching, bitter winter.

To provide sufficient amounts of firewood to four different sites in Calais: an Eritrean community, two Afghan camps and a mixed ethnicity camp, referred to as RDV.

What makes a wood distribution different?

It creates a sense of community. Wood is such a basic but versatile resource; it empowers someone to cook for themselves, to build fires.

A few days ago I had a conversation with woodyard coordinator Kashi, a 19-year-old from Devon who has been here since March this year. Kashi is responsible for providing fuel to over 600 displaced people in Calais. 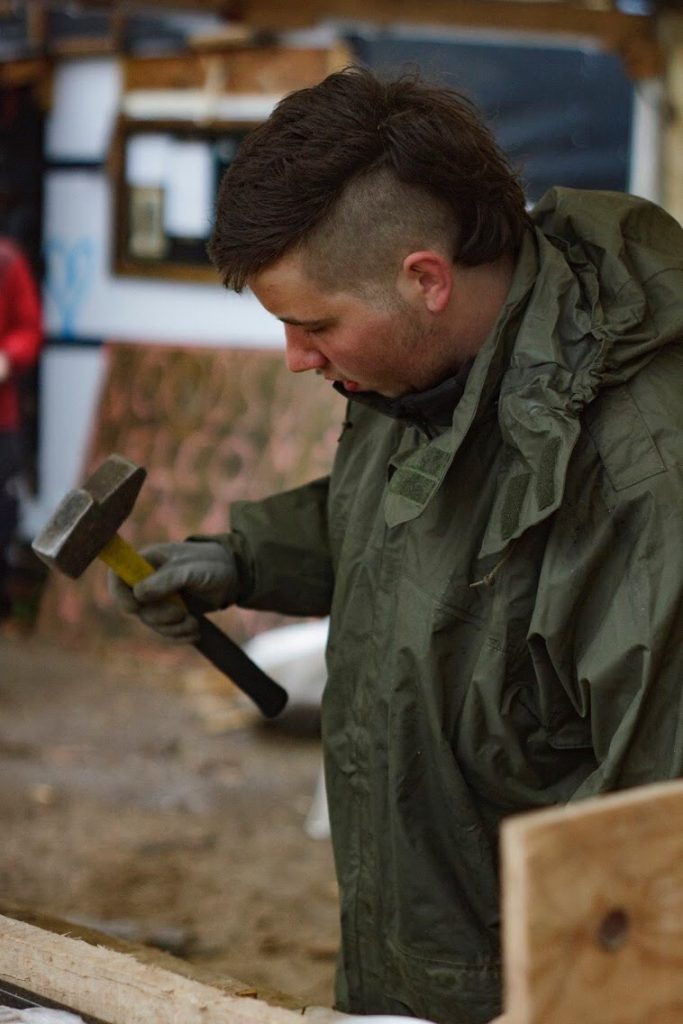 Kashi Gill in the Woodyard.

I wanted to know why it’s important to distribute wood, what difficulties the woodyard might face and, frankly, how they do it.

‘Mornings in the Woodyard, though, mean icy cold rainwater drenching whichever unfortunate volunteer is chosen to uncover the wood stacks. As the sun rises and gathers more heat, the now uncovered wood begins the slow process of drying out. Most of the places that donate wood never cover it during storage – it’s considered scrap wood. The wood, however, should be dried out before distribution.’

‘When all we have is wet wood to distribute, it’s gutting for the three volunteers that have to face the cold hands expecting usable fuel. The disappointment and frustration of the wet and cold people receiving nothing but damp, unusable fuel can be such an emotional blow for the volunteers. The words “Don’t come back, we don’t want this crap. What use is it to us?” ring through our ears as we try and sleep that night, dreading the difficulties of the next day. However, the stresses of our work are but a fraction of the suffering that the communities we strive to support. One of the most common causes of hypothermia in adverse winter weather for rough sleepers is wet clothes. How are you meant to dry your clothes without a fire?’

After a few months Kashi became a coordinator, by the end of June he was one of the only coordinators, they now have four to keep the woodyard running. There is not only a lack of volunteers but also there is training required to fulfill the role, for example, on how to manoeuvre the forklift around the yard. The real issue, however, is not always people-power: in fact, it’s the equipment; two table-mounted saws can’t keep up with the amount of wood needed to last the winter. Not only that but the saws are expensive and wear out far too quickly.

What happens when it’s too cold to sleep outside? 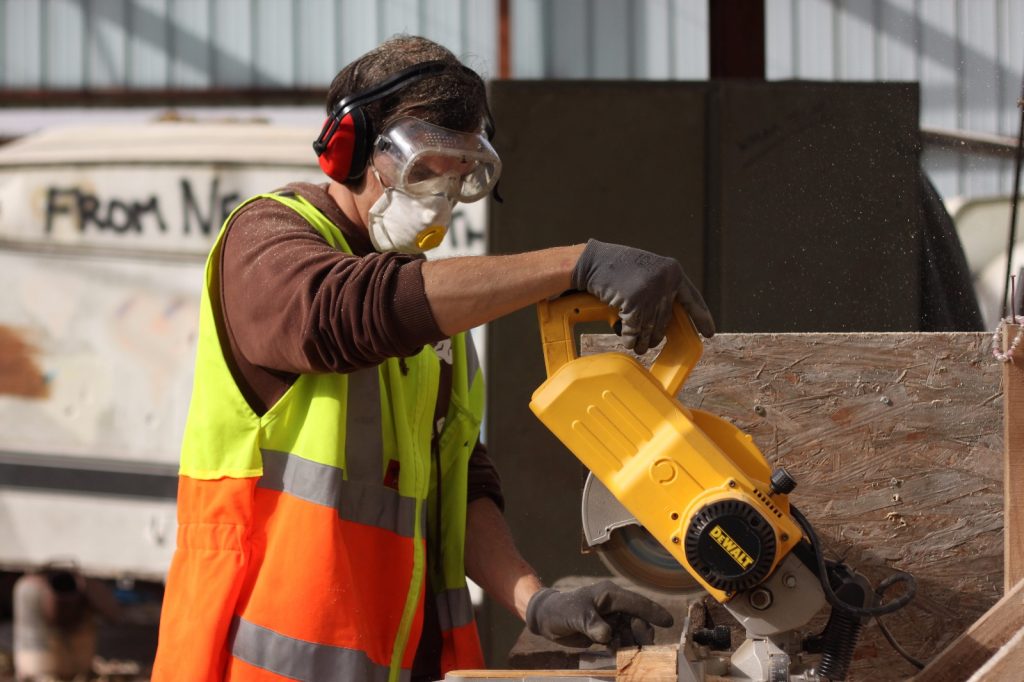 With the onset of winter, the French government is obliged under the Plan Grand Froid to offer emergency accommodation to people sleeping outside in dangerously cold temperatures. This may come with strings attached and is often inadequate. Testimonies from last year recalled that the accommodation provided was opened irregularly and sometimes not when most needed. They were also often in inconvenient locations with limited space, making them inaccessible for many. In one accommodation, security dogs woke up inhabitants in the middle of the night and people were segregated by nationality. There were also some safeguarding concerns, including unaccompanied minors being grouped with adults. Fundamentally, with the woodyard in mind, there was little to no heating, depending on the centre.

I asked Kashi why he’s put all his energy into the woodyard and he said that ultimately, the unique thing about the woodyard is that the results of your work are immediate; ‘it is simply cutting wood, giving it to people to stay warm or to cook. There is no complication to the process, nothing. They are cold, we will do our best to keep them warm.’ Kashi leaves me with a fitting hook line he’s adapted for his operation; ‘Choose Warmth’.

This article was adapted from an interview with Kashi Gill for Help Refugees.

Your ticket for the: What ‘wood’ you do? Life as a volunteer in the woodyard

What ‘wood’ you do? Life as a volunteer in the woodyard