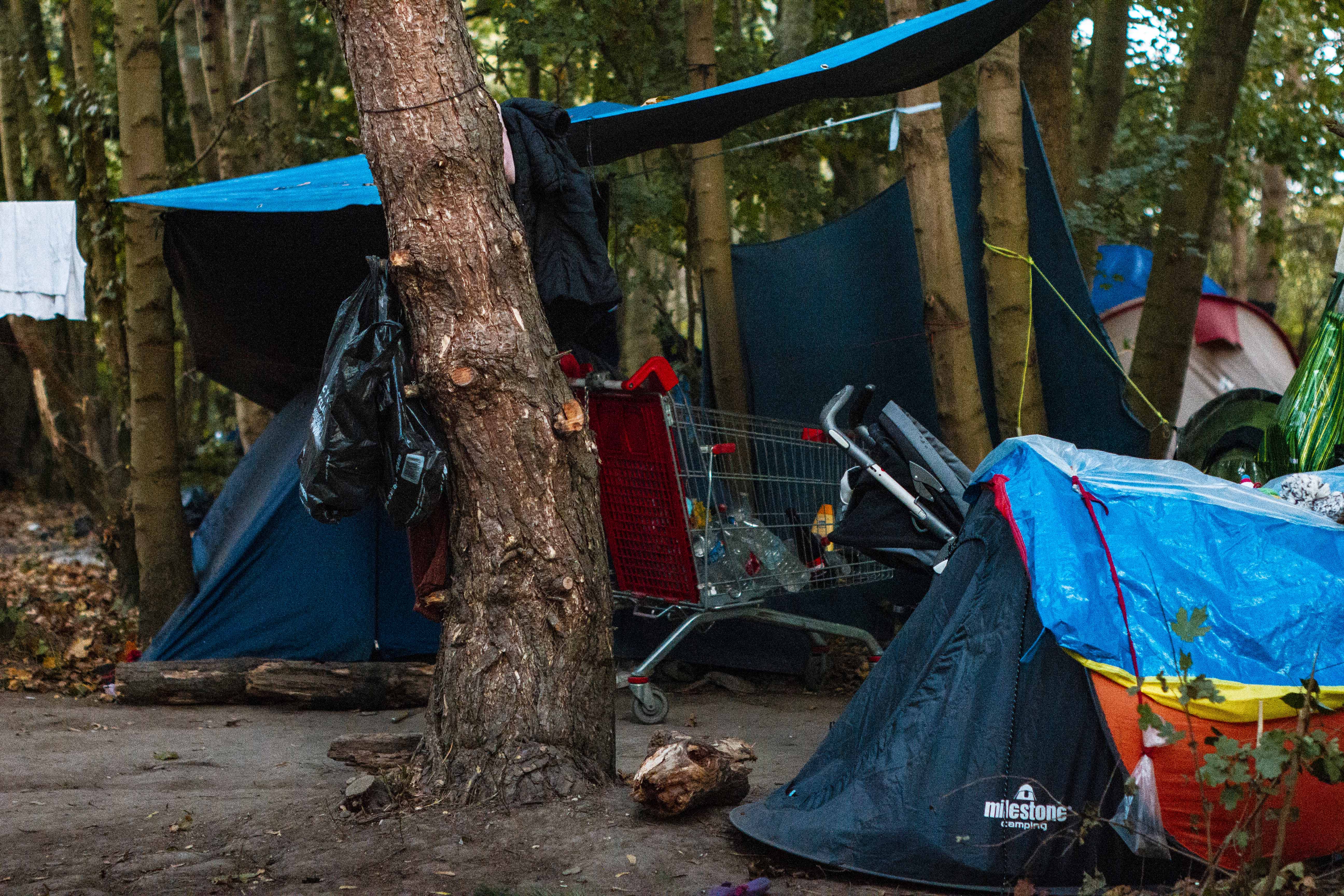 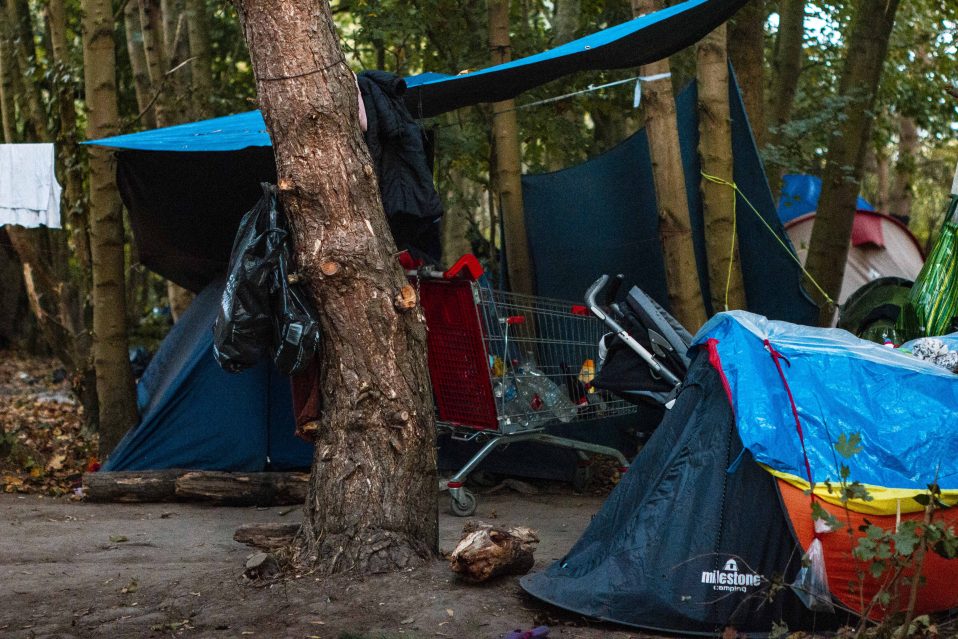 Volunteering with Help Refugees can mean you are taken out on food distributions supporting the displaced people in Calais and Dunkirk. This is volunteer Catriona’s story:

It is Tuesday late afternoon and I’m going out on my first distribution. I’m a little nervous because I’ve not been out before, but this is a crucial part of the support operation based here in Calais and I’m excited to be a part of it. 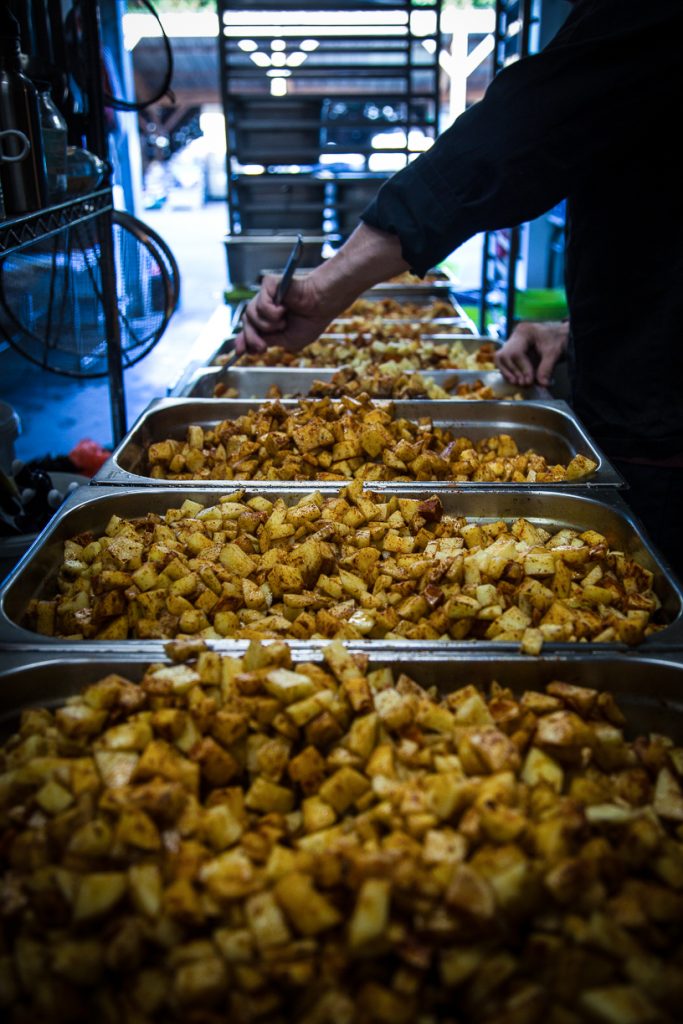 First things first: pre-distribution briefing. Our lead volunteer tells us how the distribution will work, recaps safety procedures, and gives us some tips. She also runs through anything that’s gone well or badly over the last few days to give an idea of the current situation. It’s been quite tense in the camp the last few days. We want this to go as smoothly as possible.

After the briefing we drive to the biggest of the makeshift refugee camps in Calais at the moment, there are people of many different nationalities here. When we arrive there’s a lively cricket match going on, my fellow volunteers tell me that it’s pretty much the most popular game played in the camps. Some people crowd around the van as we arrive. We’re on the edge of a field and through a fence, I can see groups of tents. I check with my lead volunteer where to put our tables but there’s no need, it seems the guys in the crowd know the drill and point me in the right direction, set up the tables and carry the heavy tea urns themselves. They’ve been through this before, many times.

I spend about 30 minutes ladling curry onto plates. It’s chaotic but the volunteers do a great job organising the queue and giving out plates. At one point a scuffle breaks out at the serving table – someone’s pushed in. It looks like it might escalate so we put the lids on our serving dishes and step back – the standard practice – but soon their friends have calmed them down and we carry on. This too is something that happens, and the guys know what to do when it does.

After the queue’s gone I have some food myself and a chat. We talk about how pretty the sunsets are in Calais. A couple of the guys ask where I’m from, so we talk about Nottingham which they mostly know of from the story of Robin Hood. Soon it starts to get dark which means time for us to leave. We pack up, say goodbye, and drive off.

Back in the warehouse we unload then sit down for a debrief, which happens after every distribution. Each person, in turn, says how they felt about the distribution then we’re reminded of the places we can access counseling and support should we wish to. Even though we all believe the distribution went well, no police turned up and no one was particularly threatening or aggressive, I still feel sad having had a small glimpse of what life is like for a person who doesn’t officially exist.

Two days later I join the food distribution team again, this time in Dunkirk. We were briefed and we know this is going to be a much bigger distribution. There are over 1,500 people in Dunkirk including men, women, and children. We have twice as many volunteers and serving tables as we’ll serve the families separately from the unaccompanied men. As we drive into the camp I again see tents pitched between the trees. We pass people washing at a water tap and children run around playing, weaving between our two vans, we drive in very very slowly.

Everyone’s clearly ready for food when we park as the queue is already forming. We set up our tables and I ladle food for an hour and a half. It’s loud and chaotic as lots of people shout and joke around with the familiar faces among the volunteers. To me, the atmosphere feels much lighter here than it felt in Calais, but maybe that’s because it’s the second time I’ve done this and so I feel more relaxed. It’s a long night, but it’s a good feeling to see the serving dishes empty and people laughing. 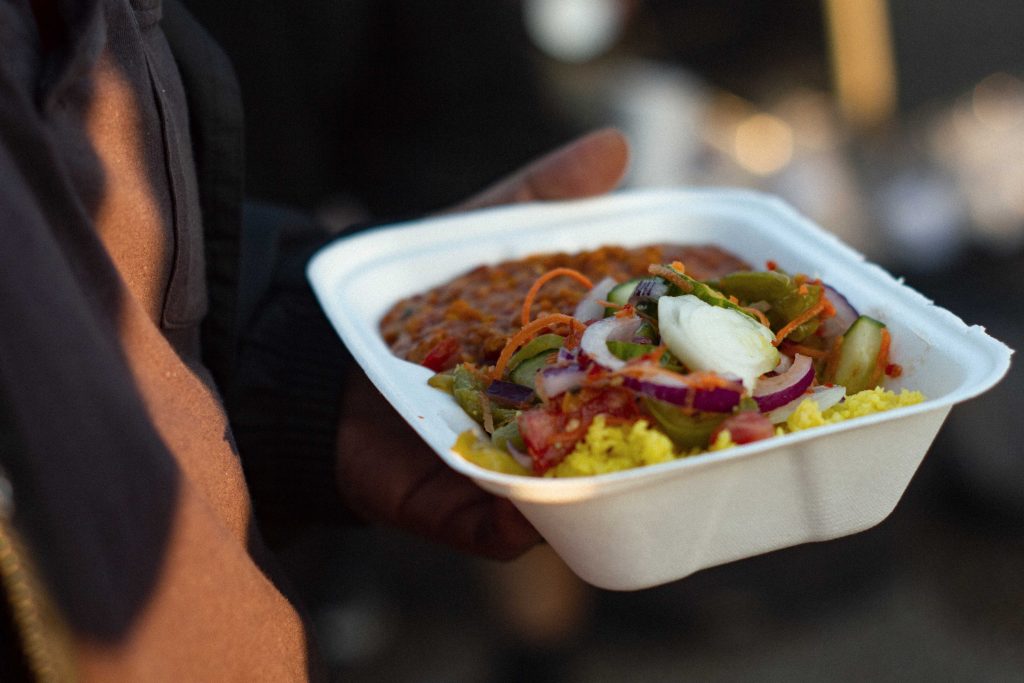 We stay for a while once we’ve finished serving then head back to the warehouse as darkness is falling. It hits me as I say goodbye to someone that I’m going back to a bed in a hostel and he’s going back to a tent, if he has one, with no idea when the police will next come and move him, slash the canvas or take his possessions. Yet the people here laugh, joke and play cricket. The situation is too crazy to fully understand.

A few days later it’s time to head home. The significance of boarding the ferry to Dover isn’t lost on me. It seems surreal that I can do it so easily where there are so many people so desperate for such an opportunity, some of whom I’ve met handing out curry and rice. My passport is checked three times before I board the ferry but a couple of hours later I’m back in the UK and back home. Back from this situation that is still happening and I still cannot understand.

Your ticket for the: Two Days of Distribution