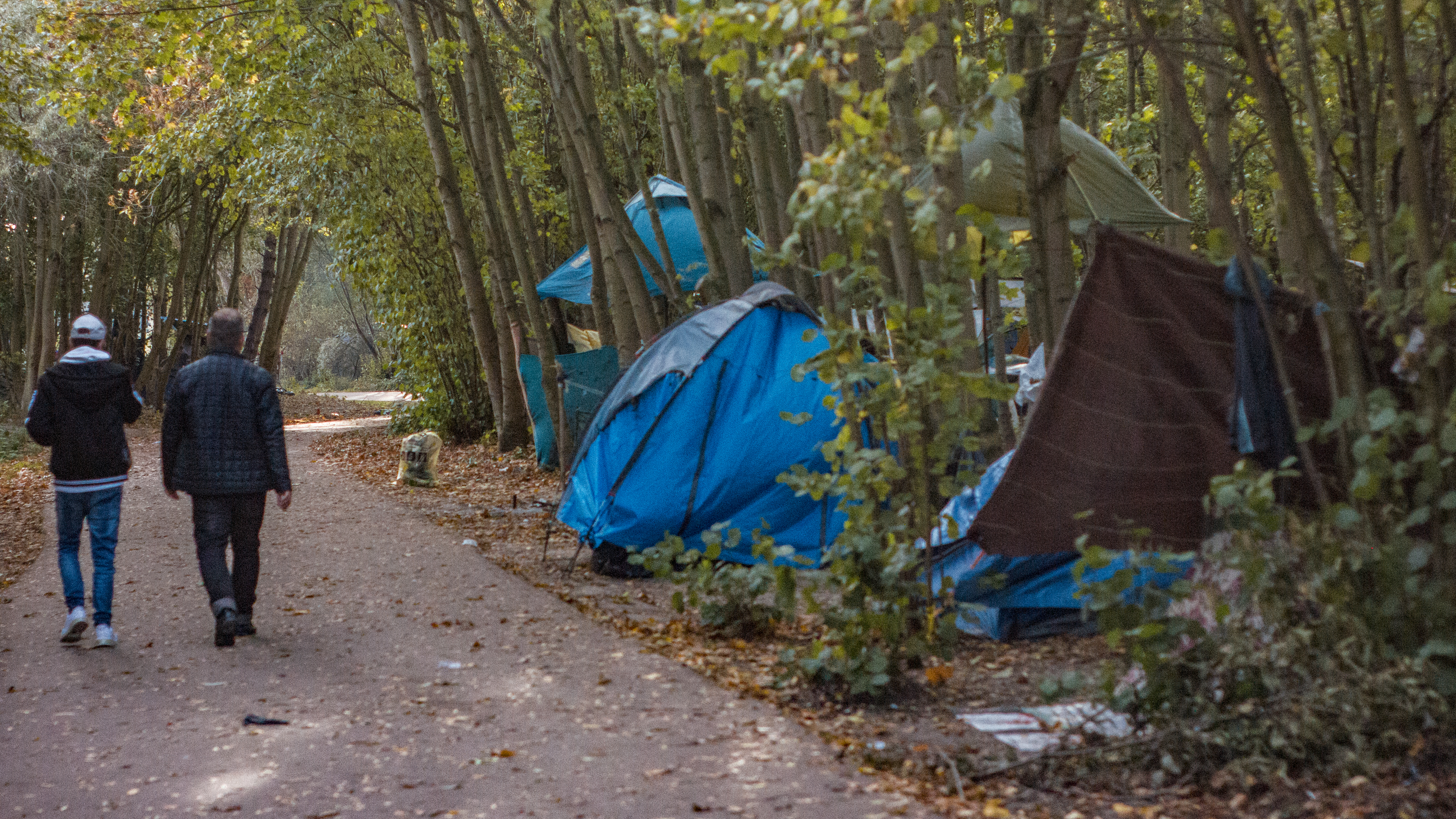 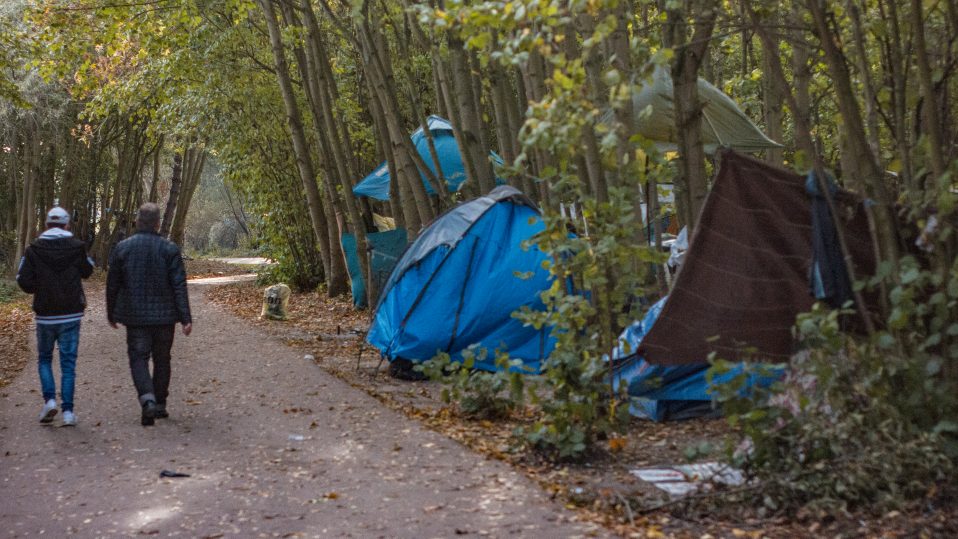 On first glace, Puythouck, a nature reserve in Northern France, seems innocuous enough, but make no mistake: this is a dark place. A place where conditions for displaced people continues to be hostile.

A short distance into the area reveals tarp and blankets strung between the trees. They form separators, blocking off “living areas” which, if you are lucky, could house a tent.

This is a slum hidden from view, a camp obstructed by undergrowth. 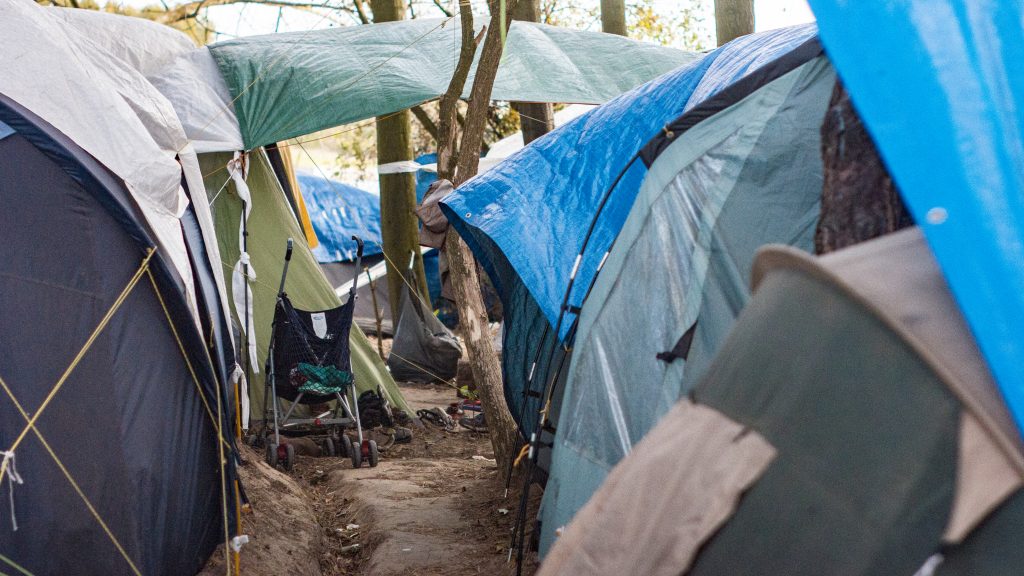 Plastic burns, used as makeshift fire starters, underneath fresh wet wood, liquid bubbling and dripping from the logs. The air is smells toxic here. There is a mother with two young children, they cling to her as she places a pan over the flames.

Families dine in the dirt as the sounds of cars and sirens scream out in the background.

Last count by the local authorities estimated 1,700 people living in these conditions.

Thunder rolls across the horizon. A few seconds later lightning streaks down the sky. The wind picks up and cuts across your face, the first fat drops of rain fall.

Aid workers are on phones, grappling with the moisture and cracked phone screens, organising reactive distribution of aid.

On Tuesday 16 October, a 23 year old woman fell to the floor, passing out unexpectedly. Eventually, when paramedics finally entered the scene they decided to not even attempt to move the unconscious patient to the ambulance until police backup arrived, wasting ten minutes of valuable time.

A 23 year old woman, unconscious, collapsed in the mud, apparently constituted such a threat that those who have dedicated their lives to saving people would have sacrificed her life in exchange for their own safety.

When her husband and two year old child attempted to accompany their wife and mother to the hospital, first they were violently pushed back by police, and then told that the child would have to be left behind. Only protests from aid workers and the community ensured that the local authorities did not abandon a toddler amongst thousands of strangers. 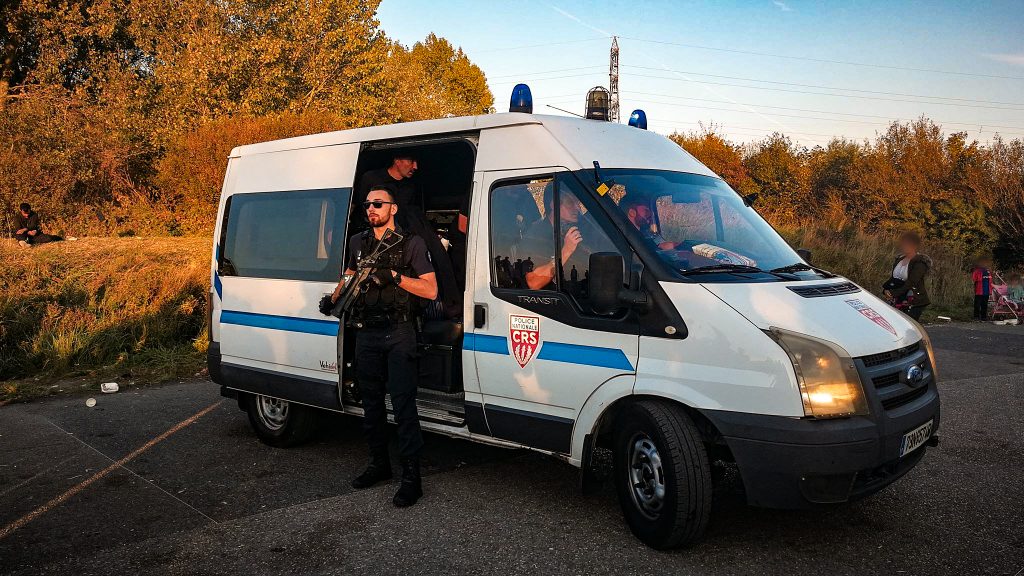 It’s hard to stay here when you see this happen day in, day out. But it’s important that we don’t turn away. That we stand in solidarity and support the people who need help.

At the end of each day, I catch myself worryingly asking myself “what will tomorrow bring?”.

Some would call this Hell, but you can find it on a map marked Grande-Synthe.

This article was written by Adrian Abbott for Help Refugees.

Your ticket for the: “Some Would Call This Hell…” – Conditions for Refugees in Grande-Synthe are as Bad as Ever