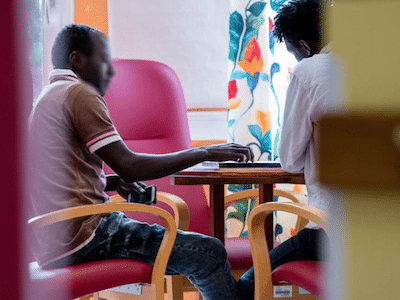 After the tragic suicide of a 19-year old boy from Ghana in a refugee reception centre in Calais, we are forced to reflect again on what kind of progress has been made, and whether we are any closer to seeing a humane and equitable solution to the crisis.

Who is responsible? What can be done to help? When the answers to these questions are not clear, they have a paralysing effect, tempting us to debate policy rather than take action. But unfortunately, one thing has become clear: there is no more time. The death toll is rising.

These are just the ones we know. A third of the children evicted from the Jungle went missing. In all of the vastness of Europe, the Mediterranean, and North Africa, many lie uncounted.

So on whom does the responsibility for these deaths fall. The E.U.? Individual European countries? Nations of origin or ports of exit? Is it colonial history? Capitalism? Human traffickers? After all, 34,361 deaths do not just happen. They are caused, and must be answered for. 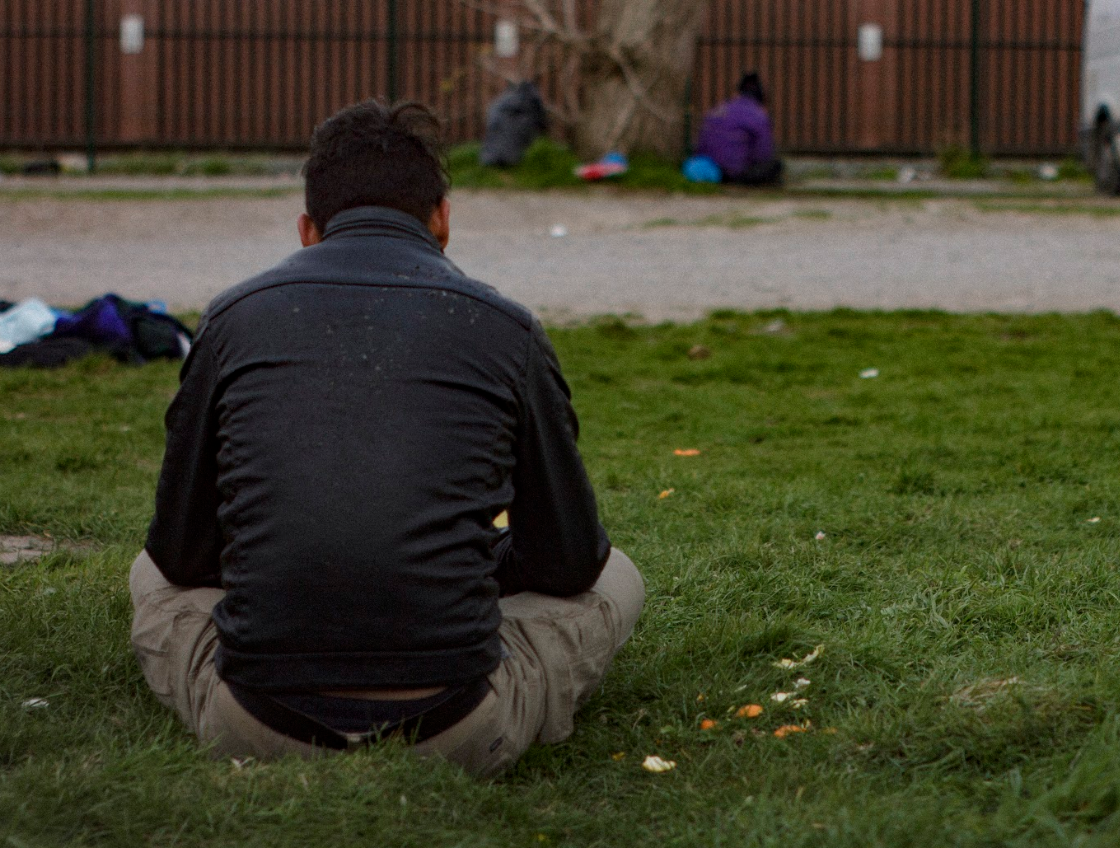 A refugee in Calais uses wifi provided by our partners the Refugee Info Bus.

The answers will never be forthcoming. The answer is, as it so often is, ‘all of the above.’ Nevertheless, it is necessary that Europe take responsibility for what happens on its own doorstep, and shows leadership by putting human life above the balance-sheet. This tragic suicide may have taken place within a complex political situation, but the blame can be laid bare: It follows from a desperate lack of care for those in need, from a hostile policy of treating vulnerable people as if they were criminals. It happens because conditions here strip a person of their humanity, and their ability to feel hope. As a result, every local, national, and supranational authority involved in creating those conditions is complicit, and until those conditions change, any further talk is wasted. No mentally unwell 19-year-old should be put in this situation, nor should the hundreds of others who have taken their own lives over the course of this crisis, having been pushed to lose the light in their lives.


Hesitation has been to blame for many of the international communities well-publicised failings in the past. The Marshall Plan stands out as an example of decisive, sudden, and well-funded humanitarian aid. Effectively sending all the funds needed to rebuild, it was as simple as it was effective. It worked because it demonstrated unconditional humanity. In Puerto Rico we are seeing the opposite: activists are still clamoring to have their plight acknowledged by the U.S. government as thousands go without essential amenities following Hurricane Maria. The refugee crisis in Europe today is no different. Thousands suffer and die while we wring our hands. Humanitarian organizations are doing amazing work on the ground, but they are prevented from implementing anything more than stop-gap solutions. 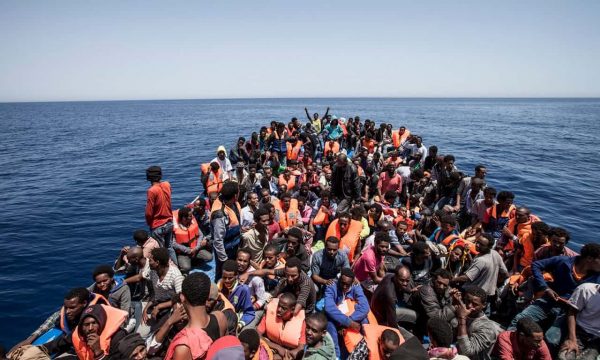 Refugees call for help after a boat carrying more than 500 people capsized off Lampedusa, Italy, in May 2017. Photo: Guardian

Attempts by the EU to prevent crossings on the North African side of the Mediterranean border have lead to a fall in deaths in EU territory, while they skyrocket just a few miles to the south, and a massively profitable and dangerous human trafficking industry to flourish. The policy of exporting the issue to the port of exit has been treated so far like a get-out-of-jail-free card; reports by Eunpack indicate that poor oversight and financial mismanagement have rendered EU-funded programs in Africa worse than useless. Despite extensive funding from the EU, camps in Libya are a vision from hell.

To get past that, only to end up left out in the cold at the end of the line in Calais, battered by police, treated as a problem first and a human being second, has taken a terrible toll. I’ve spoken to people who are haunted by dreams of their experiences at home, who are unable to sleep, who can barely keep in touch with their families and struggle against anxieties that they will find a new home. Some have been through violence I struggle to imagine. Some have family in detention centres, some have settled and been moved on so many times that they expect nothing more in the future. They have only limited access to mental health services, and in any case, no amount of therapy or medication can alter the dehumanizing conditions in which Europe has forced them to live.

So what can a person do? One thing you can do to help is to keep up to date with proposed solutions to the crisis. Our solidarity is pragmatic. We are always in danger of conflating compassion with idealism, while at the same time excusing xenophobic, rejectionist policies as being rooted in good sense. This is wrong. There is an abundance of great research into the refugee crisis which is as inclusive of humanity as it is of economic and political realities.

The E.U must implement oversight, enforce U.N. human rights recommendations within member states, and scrap the Dublin Agreement. Member states must abandon short-sighted policies, rein in violent security forces, and provide funding to protective social services. They must stop needlessly harassing refugees and working against aid groups. The defence and security industry must be decoupled from the European policy forum.

Start here and here. The next step is to speak out. If you live in the UK, you can read about how to do that here. Volunteer and donate if you can.

Policy must stand at the midpoint of our ideals and what is achievable, but we can achieve far more than we think. This problem may be complex, but one we have no choice but to solve. If our institutions are causing so much suffering, we need to change our institutions. If our border controls come at the cost of human lives, we must change the way we control our border. If the suicide of one more young person seeking refuge in the U.K. can be prevented, there can be no question of allowing the things to stay the same in Calais.

This blog was written by Oscar Leonard, a long-term Help Refugees volunteer in Calais.

Your ticket for the: 19-year old refugee commits suicide in Calais