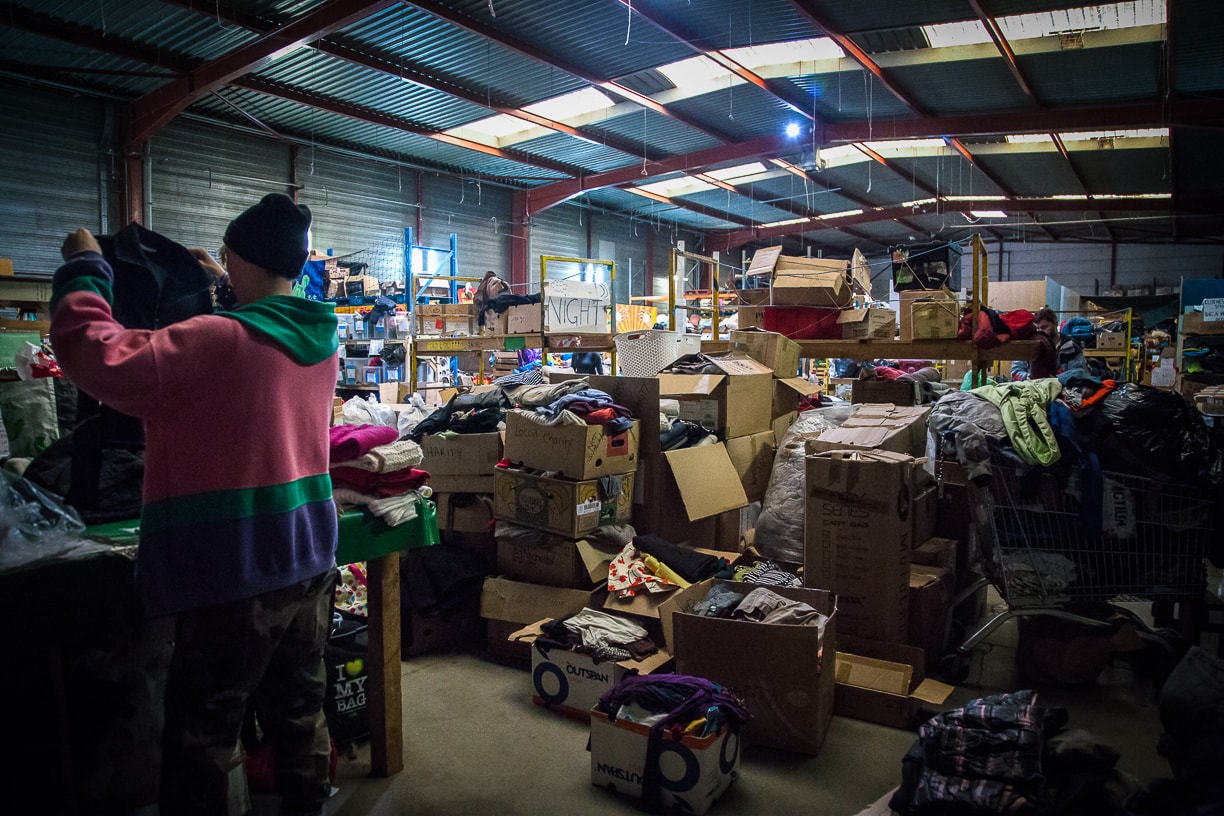 Calais: What it’s like to volunteer and how you can help 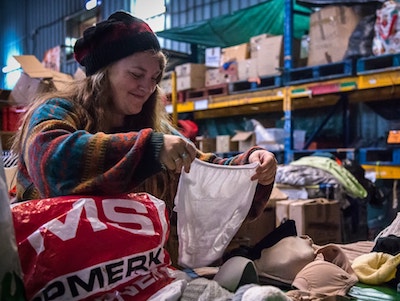 This is Calais, a quiet coastal city in the Northwest of France. Flocks of doves soar above the cobblestone forts along the bay; surges of waves splash spontaneously against the shimmering sand, merging immaculately with the cerulean horizon above.

However, the tranquility here seems to be inconsistent with the tough lives of thousands of refugees who migrated all the way from Syria, Afghanistan, Libya, etc. Everyday, they suffer from lack of resources, food, shelter and oppression from police… to quote the words of Amir, a refugee I met here, “living in Calais is like hell.” Like many others, I first heard about the refugee crisis on the internet. Constantly receiving news alerts on fires in refugee camps, refugee suicides and government imposition of restrictive rules on refugees; I finally decided that I should take action, and go to Calais to see how I can be of help. 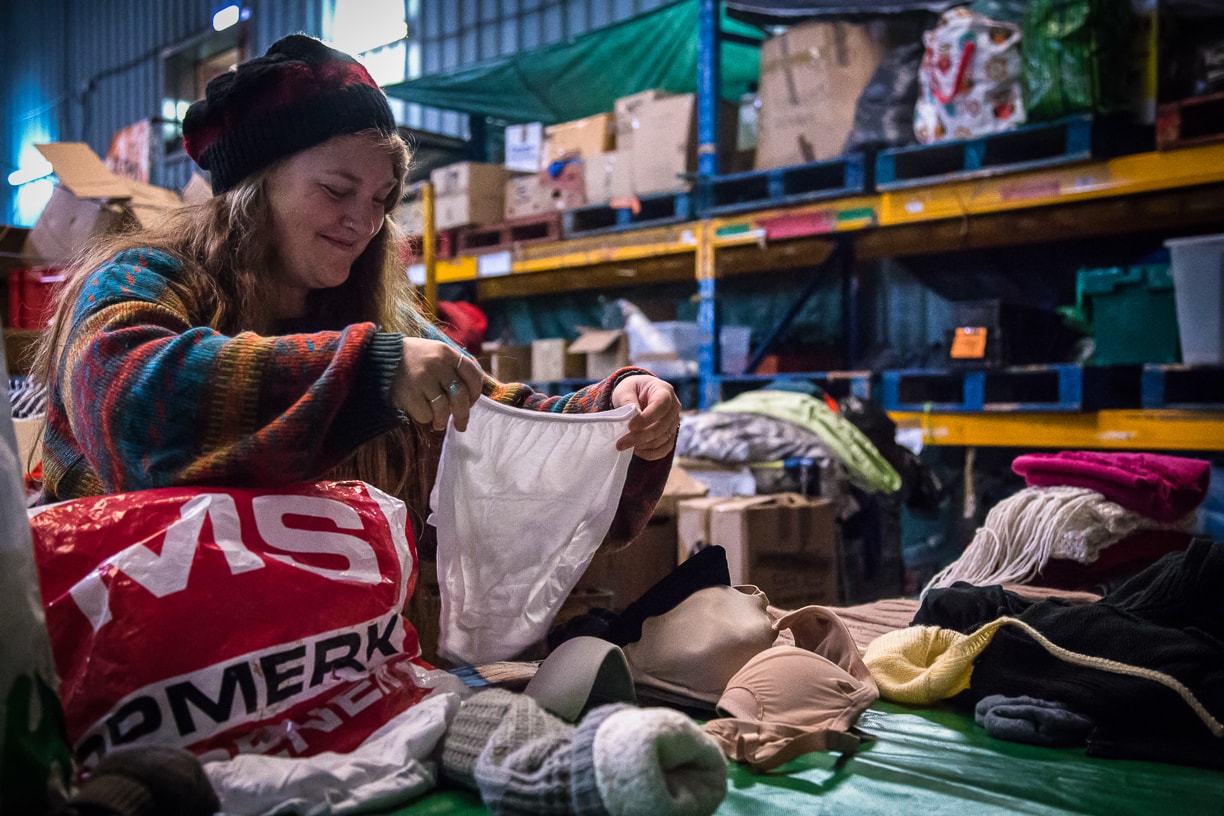 Within a few days of arriving at the Help Refugees & L’Auberge des Migrants warehouse, I encountered and talked to so many volunteers from all walks of life. I spoke to an American woman in her mid 50s who travels here from Paris to volunteer every weekend with her daughter. She said that coming from a corporate background and having worked in all 5 continents of the world, she felt an immediate connection to the mission at this center and the volunteers who were working towards the same goal,

“Everyone is so welcoming of new volunteers because we are all just trying to do what we can to help with this issue, and we know how much this commitment of being a volunteer means to our mission.”

A young British teacher from Norfolk, told me that ‘I started getting involved by fundraising, but I felt like that just wasn’t enough, and that it was time for me to take action and give back.’ A young British cook who ran the kitchen for the refugee camp, with almost 30 people working in the kitchen, jokingly said:

‘You know, sometimes I just don’t want to go back to my restaurant anymore. I should just stay here and cook all my life — I connect more to my purpose when I’m contributing to people in need.’ 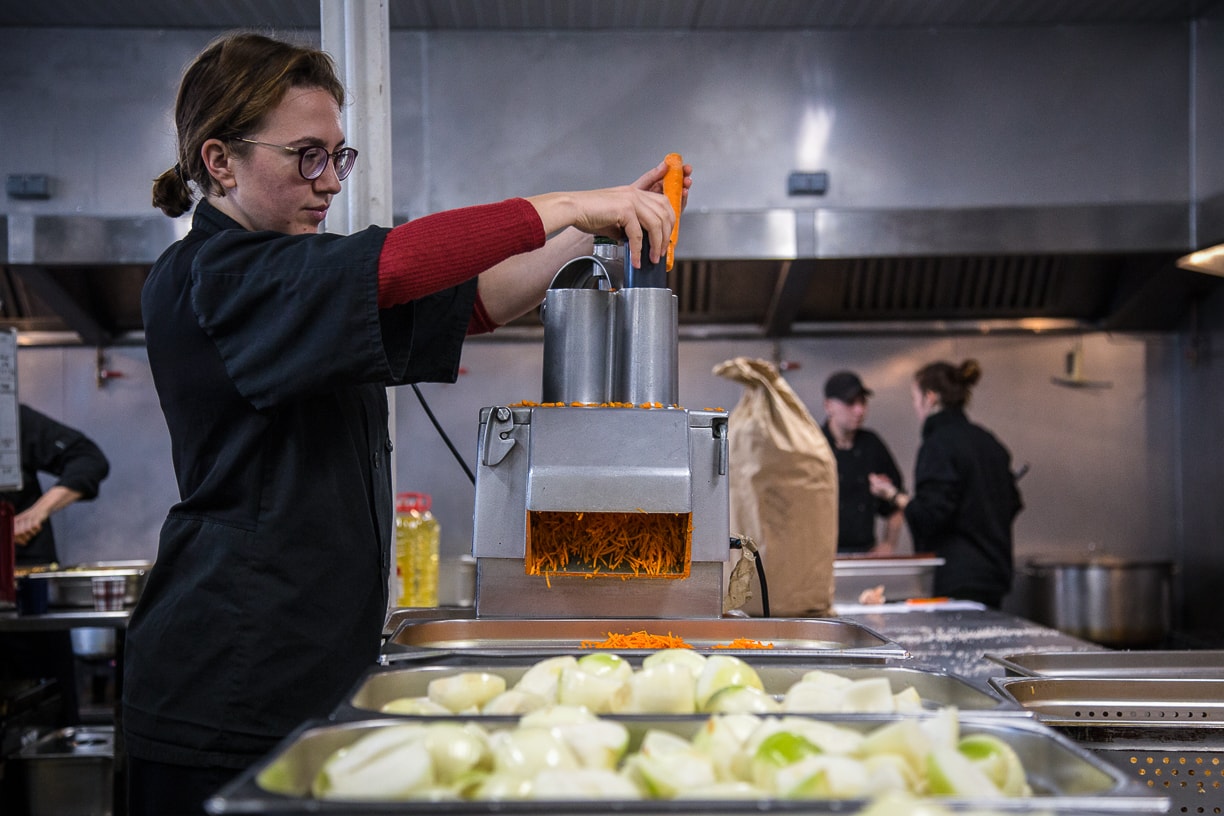 Volunteers chopping, cooking and cleaning at the Refugee Community Kitchen.

“Before I came, my mum warned me that I am putting myself in danger. ‘I don’t care!’ I shouted back, ‘I am going because I believe that I need to do something to help with this issue!’’ Her eyes glistened, shimmering with proudness. Their dedication to devoting their time and their effort really inspired me to look deeper into the cause that brought everybody together.

In January 2018, Teresa May decided to pay France 44.5 million pounds on security at the border in Calais, in order to prevent refugees from fleeing to the U.K. In the same month, President Macron addressed a no tolerance speech to the refugees in Calais, claiming that “There will be no reconstruction of the ‘Jungle’ or tolerance. To stay in Calais and build makeshift shelters and even set up squats is a dead end.” As a result, many people involved, both refugees and volunteers, are on the receiving end of heavy handed policing.

The French police come to the refugee camps nearly every 2 days, smacking the tents and confiscating everything people have. People tell me they regularly witness The Compagnies Républicaines de Sécurité (CRS) using what seems to be excessive force and tear gas as a means to riot control when refugees don’t comply with their demands. It is therefore extremely difficult to transfer resources from the center to the refugees in need.

The high disposable rate of the goods is also something that we constantly run into when trying to supply daily necessities to the refugees. “We should have enough tents, especially in summer”, a long-term volunteer told me, “but the police keep confiscating them once the refugees start using them so we are almost left with none. That is why a tent can only last for 2-3 days.” Another problem is that the donations are low, especially in winter, and often times the donated objects aren’t exactly the ones that are in great demand. “We have received so many women’s clothes that sometimes the stocks pile up and we have to donate the donated clothes to charity stores.” Said the volunteer, ‘It is important for us to get the message out there since it’s important for us to make sure that the donated goods are being used in places that are most needed. Also, because of the governmental interference and challenge of getting the goods to the refugees in need, we want to invite more people to give what they can – money, time, goods, etc. – so that we are making sure that we can provide some kind of relief for the refugee’s poor living conditions.’

WHAT CAN YOU DO TO HELP?

Your ticket for the: Calais: What it’s like to volunteer and how you can help

Calais: What it’s like to volunteer and how you can help