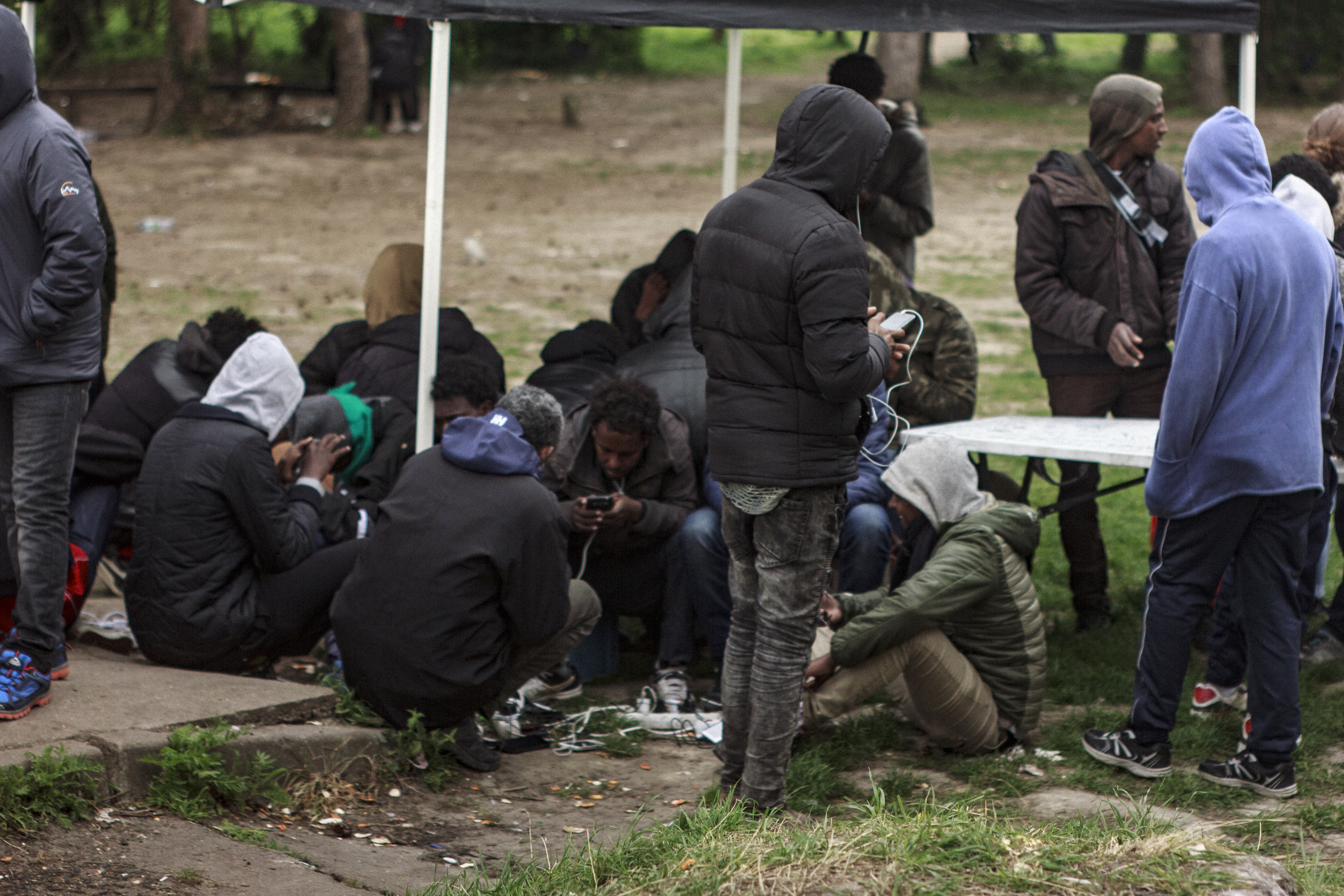 Another Side of France: Volunteering with Migrants 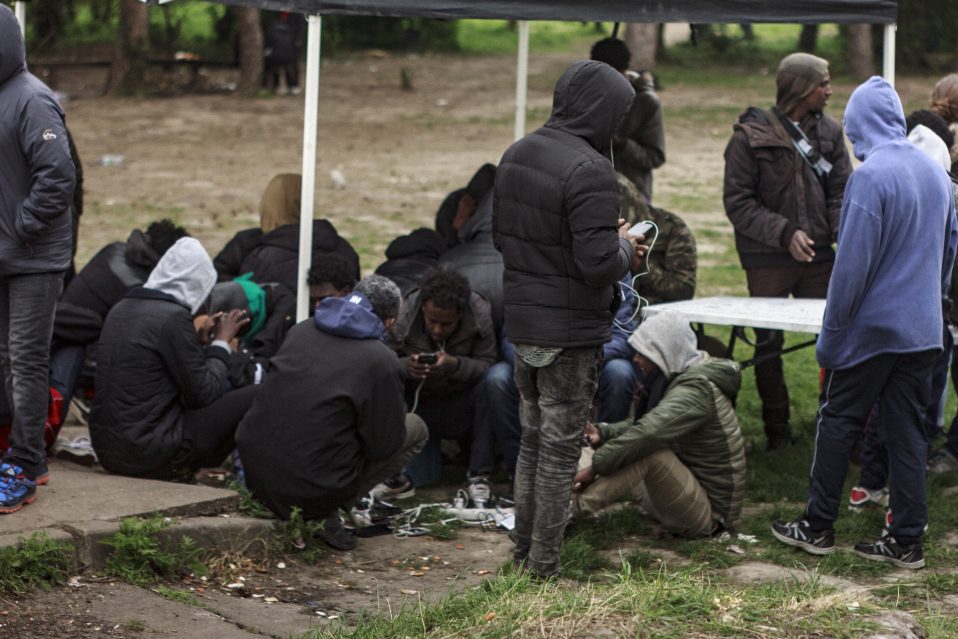 Mistreatment by Europeans is causing some refugees to consider going back to their country of origin. I spoke to three people weighing up this option, two had been shot twice in Afghanistan, one already has asylum in France. After going to Paris and Calais, I can see why some would want to go back. Help Refugees‘ and Utopia 56, The charities I volunteered with fulfil a hugely beneficial role in improving life for refugees, but faced by government hostility and a brutal police, a paradoxical situation is created.

Porte de la Chapelle is far from the idyllic Paris I had in my mind. It’s miles away from the cultivated image of Paris; in fact, I could not believe it was France at all. An otherwise nondescript area, Porte de la Chapelle is swollen with homelessness and police. After coming so far to arrive in France, refugees in Calais and Paris are faced with no choice but to sleep on the street. Some living rough for months, even years.

An LG Electronics building, atop with its slogan “Life’s Good”, looms over the centre for refugees, completely at odds with the surroundings. In this area of Paris, people are choosing between basic human necessities – eating or sleeping. As people collect a meal distributed by charities, they arrive back at their sleeping place (on the street) and can find it has already been taken by another person.

LG building looms over Paris with the phrase: “Life’s Good”

If people are especially vulnerable, the charity attempts to accompany them to a local host in order for them to have a place to sleep for a night. For example, at about midnight, I accompanied a mother and child (a toddler) from Porte de la Chapelle to the place where they sleep. It was cold, dirty and damp. The mother and daughter have to do this day-in-day-out. Every night they don’t know where they will sleep. Every night volunteers scramble to find them some temporary accommodation. The following morning, they return to sit at the entrance of the centre for refugees, waiting for the cycle to begin again that next night. The mother was five months pregnant. Since arriving in Paris, she had been given no check-ups for her pregnancy. I find it hard to comprehend that this is happening in Europe, right on our doorstep. 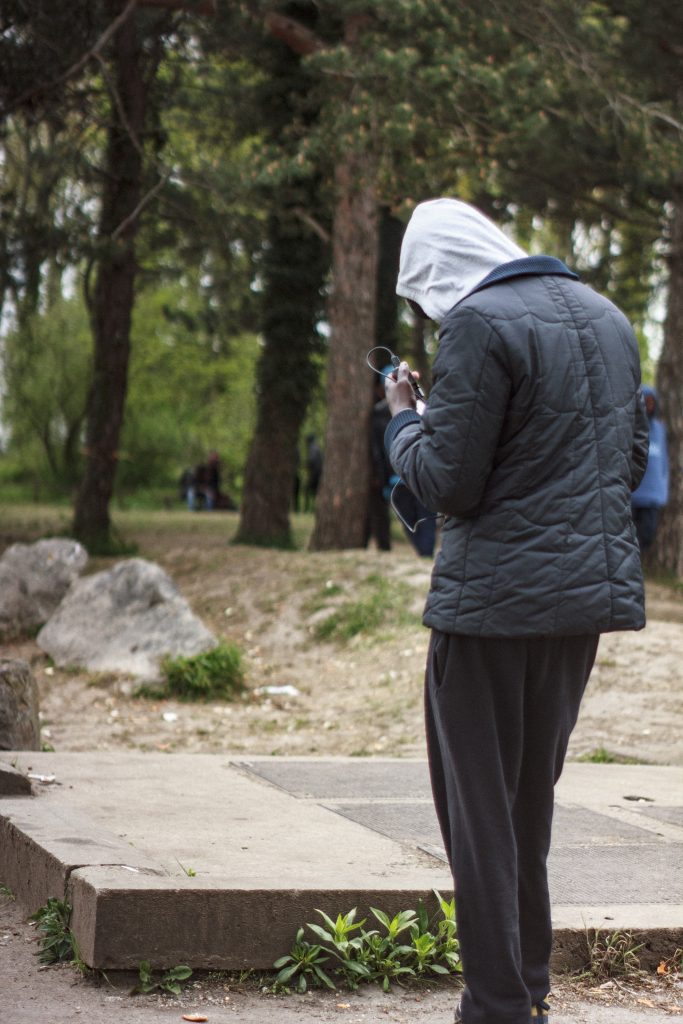 Arriving in Calais, a fence paid for by British taxpayers (Britain’s own Trump-style wall) greeted me at the ferry port. During my first day at the charities’ warehouse, I sorted clothes for distributions. I was informed many prefer clothes with hoods, as a hood can help against attacks of tear gas by police. These are not just items of clothing, but a defence against police brutality.

Many refugees have a conception about Britain that is almost mythical, idealising it. A hopeful man carried British money, others fiercely supported England in the World Cup. People asked me where I am from and after answering ‘England’, I feel a pang of guilt. This is often followed by their eyes becoming wider and questioning how they can get to Britain. It is a bizarre feeling that, based on the country in which I was born, I am able to get from Calais to England, by bus even, and they cannot. A document marks that division, it means I can get on a bus safely while others cling onto buses, risking their lives.

For me, experiencing Calais and Paris confirmed the importance of volunteering and, as a teenager (although admittedly young), it is the most worthwhile thing I have been a part of. This is affirmed by acts of direct generosity: a refugee offered me his coat on noticing I was cold. Despite the autumn chill, his coat was the only remotely warm thing he had to sleep on the street with.

A 15-year-old Ghanaian boy demonstrated his hope. He saw a future in France; for him, France is an essential refuge. We walked to his temporary housing, each holding a strap of his bag, discussing football. Allying himself with a football team is a sense of belonging, a dream of a new home. He said, ‘I supported a Ghanaian team, but I am looking for a French team to support now’.

This article was written by Tilly Bryson for Help Refugees.

Your ticket for the: Another Side of France: Volunteering with Migrants

Another Side of France: Volunteering with Migrants