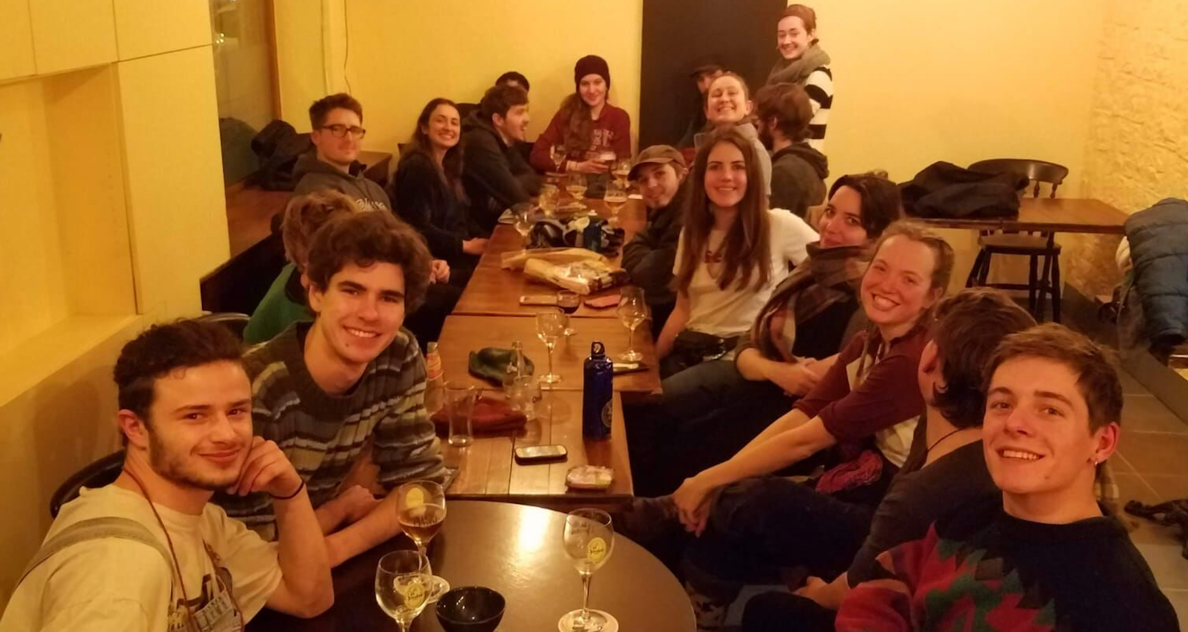 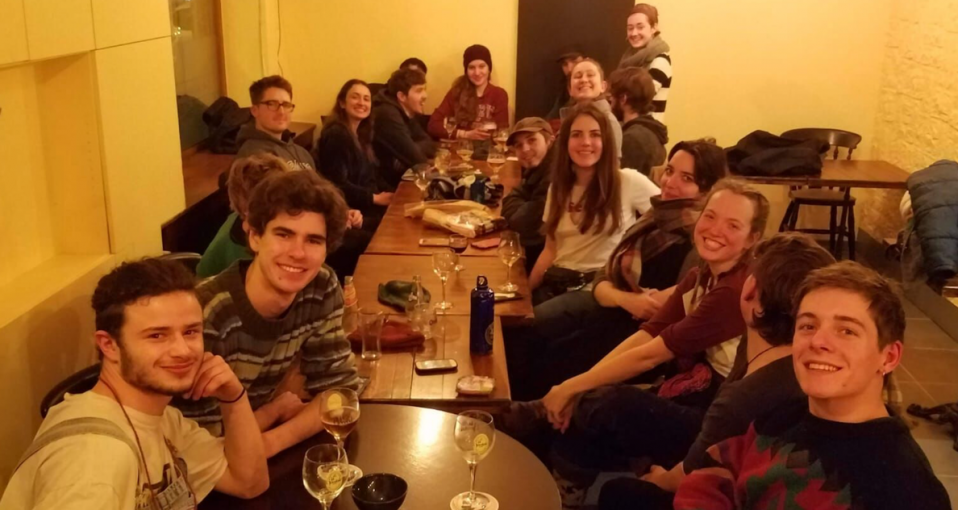 “No one leaves home unless home is the mouth of a shark. You only run for the border when you see the whole city running as well” – Warsan Shire

I am writing this blog for a number of reasons. Firstly, it serves as an opportunity to briefly reflect upon my feelings and experiences whilst volunteering with ‘Help Refugees’ in Calais. Similarly, it is a useful platform to explain the current refugee crisis in Northern France. Lastly, I hope that it can somehow help the amazing people that are devoting their time to this cause, whether that be through encouraging donations or raising awareness.

So… What am I actually doing?

Before making my trip to Calais I was certainly not naïve to the fact that I had been sheltered from the reality of what was actually happening here. In spite of this, I had managed to form a number of preconceived thoughts about how I would be spending my time and the reality that I would be faced with across the English Channel. I really needn’t have bothered. Here are a few of those misconceptions…

It is certainly true that there are fewer refugees spread across Northern France compared to pre-October 2016. Yet, in many ways, it can be argued that the conditions faced by the refugees here are more pressing and urgent than ever. The Calais Jungle was a refugee and migrant encampment here between January 2015 and October 2016 (at which point the refugees were dispersed across Europe and the site itself was forcibly destroyed by French police). In October 2016, Help Refugees estimated that the population of the camp was over 8000 people. It is undeniable that the living conditions in the Jungle were incredibly tough for the refugees, however, the locational security that it offered helped to create a community and support network. The refugees were able to invest into their livelihood to the extent that a local economy grew and many volunteer builders helped to create living areas completely dissimilar from the tents that refugees are confined to today.

In the Jungle, although infighting was fairly common, the recognition of the Jungle as a refugee site ensured that forceful police brutality and evictions happened less often than now, when it is a daily occurrence. A recent census conducted by Help Refugees found that individual refugees are attacked with tear gas as often as every other day. During a legal training session I attended, I heard stories of the process by which the refugees are evicted. The CRS create a boundary that the refugees have to move out of and then any personal items left within that boundary are confiscated and often taken straight to the dump. Elsewhere I have heard of volunteers witnessing the police taking individual shoes from the refugees and one instance of an office deliberately stepping on a refugee’s glasses.

The flexibility and variety of work here ensures that there is never a dull day. The following are examples of things that I have been up to:

There are also other projects that I did not get involved in, such as the ‘Refugee Youth Service’, the Women’s Centre and ‘Human Rights Observations’. Whichever way you want to get involved in these charities, they are invariably accommodating. 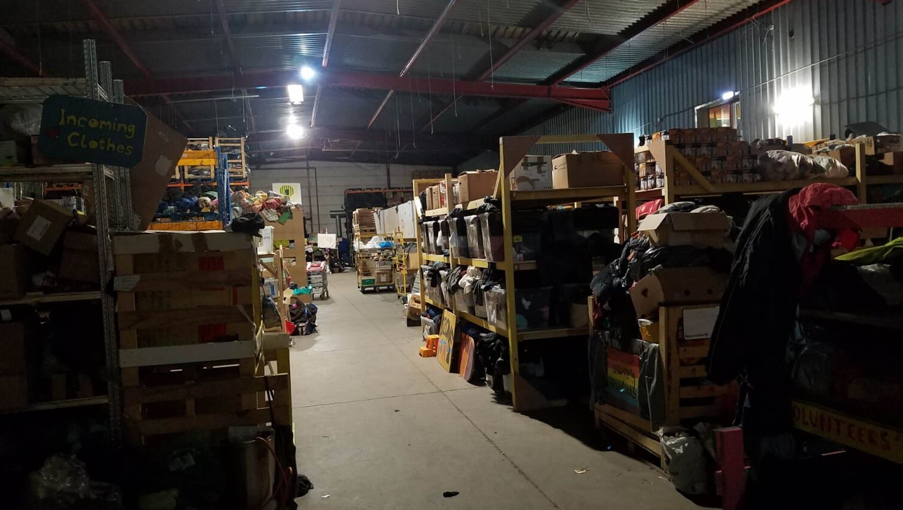 “The general attitude would be negative and downtrodden”

The first thing that I noticed whilst serving food in Dunkirk last Monday was that the general attitude was optimistic. The refugees were incredibly friendly and had beaming smiles on their faces. This was in spite of the fact that there had been 3 evictions that morning, including one to the site that we were directly serving to. Similarly, whilst I have been here, the weather has been fairly bleak in Northern France, including 2 days of snow. One of my fellow volunteers witnessed refugees huddling under a tarpaulin on her wood distribution. Considering the courage that these refugees must have shown to travel this far already, and the immense daily challenges that they are facing, I am sure that they are some of the strongest people that I have ever met.

Similarly, the community feel within the warehouse is incredible. Upon arrival you are instantly welcomed into a community that puts the volunteer experience towards the top of the priority list, behind only safety and providing the best help to the refugees themselves. I have definitely made friends for life here. I know that that sentence is very cliché and its overuse has rendered it as essentially banal, but it is undeniably true in this instance.

The work day is broken up with sociable coffee breaks and is sometimes followed by a trip to the local pub, an establishment that is curiously open from 4-7.30pm. Perhaps this is a good thing given the 8am wake ups! Volunteers are encouraged to take days off to prevent them from burning out as the environment can be overwhelming at times. I managed to get a day trip to Bruges in which was a fantastic way to break up my time here!

If you do plan on coming to spend some time here, I would highly recommend contacting Sylvie. A fantastically generous lady who offers her home to house volunteers. Her kindness seems to have no bounds and her place is located just a short walk from the warehouse. It is in Sylvie’s kitchen that my fondest memories from this trip were made. Sharing stories and funny anecdotes with likeminded people over a few glasses of wine definitely brings some normality to this experience.

How can you help?

The charities depend on donations to ensure that they can provide the best possible help to the refugees. However, there are a number of specific needs that can really help the charities operate at their best. I took some time to speak to some of the managers of the various areas and have highlighted them below. 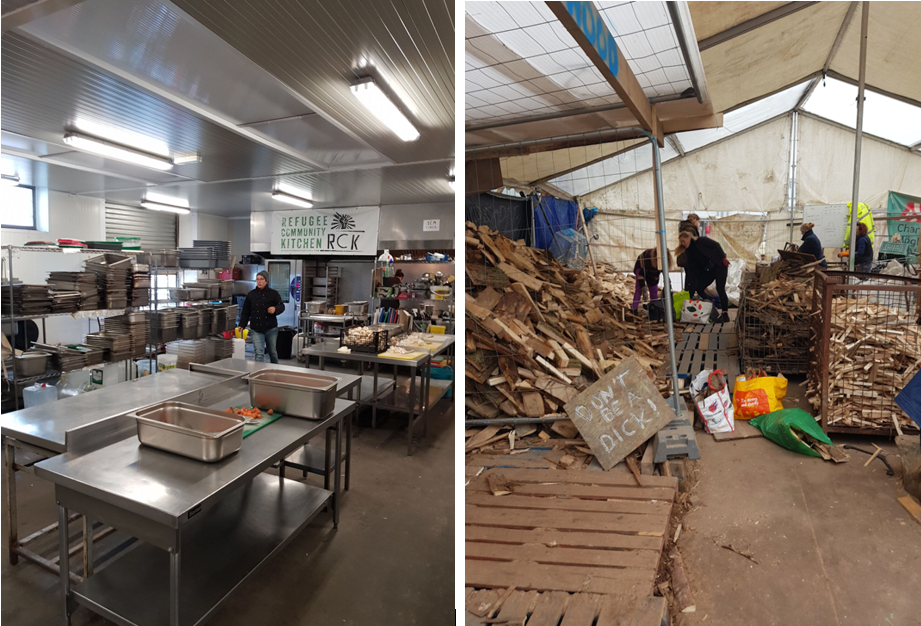 There is an active needs list on the ‘Help Refugees’ website which is updated every 6 days (https://helprefugees.org/calais/needs-list/)  – adhering to this if you can ensure that donations are not turned away.  At the moment, the main priorities are as follows:

Less of a priority, but still incredibly useful:

The kitchen provides thousands of meals every day to the refugees. There are a number of donations that can help this process:

Similarly, if anyone reading this has a spare food processor lying around, it would be incredibly useful!

Of course, money donations and spending time here also are incredibly valuable. I plan on coming here for a long weekend every year if anyone fancies joining me! 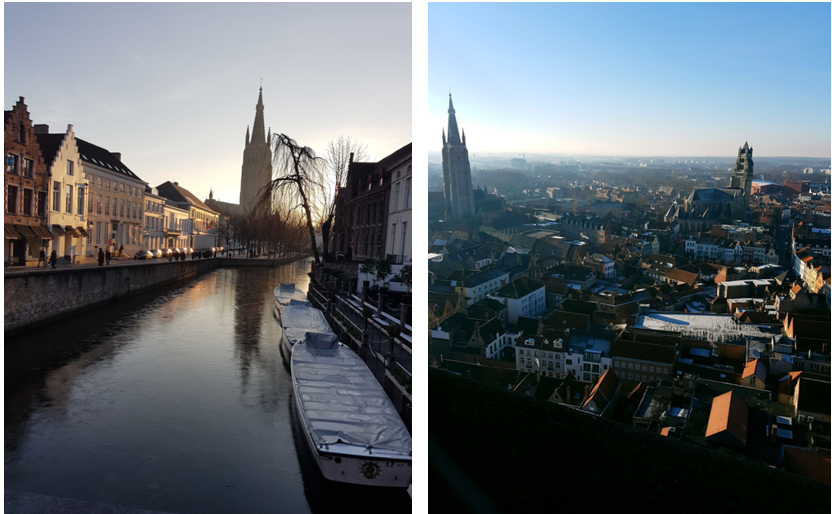 If you have got this far through this post then thank you! I know it is long but I had a lot to say. If you are interested in any of the things that I have written about or want further info please email me at robgardiner7@gmail.com, or head to the website!

Your ticket for the: Volunteering in Calais: Rob’s experience