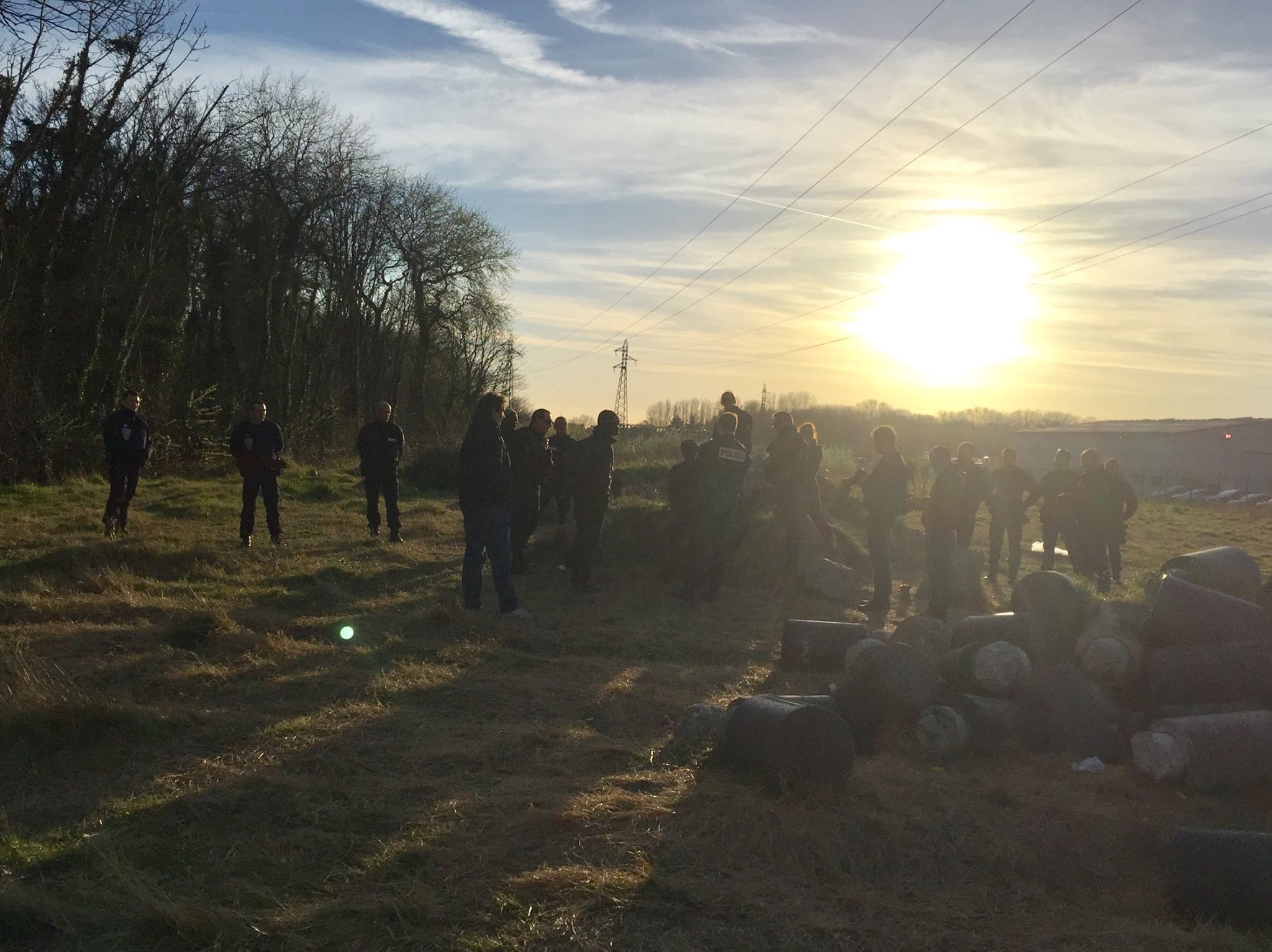 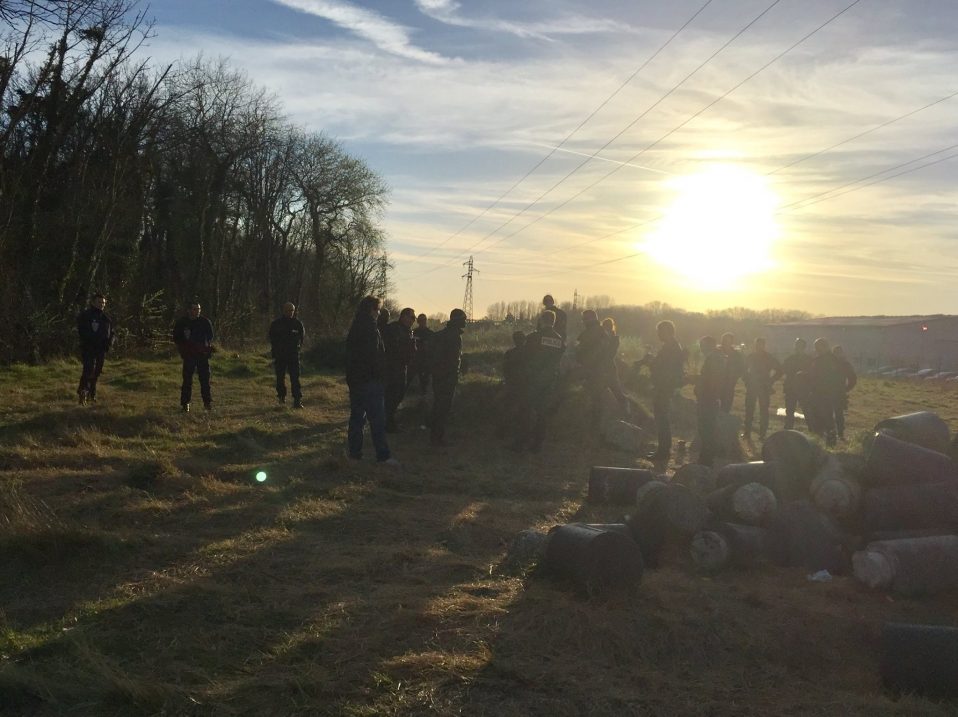 Last night, on the daily outreach with Utopia 56, at least 80% of the refugees we saw were under 18, with the youngest no older than 13 years old. The evening began with Refugee Community Kitchen serving 140 hot wholesome meals, prepared in our Calais warehouse with L’auberge des migrants international, in a fixed location, not far from the former Calais camp. Clothing, shoes, backpacks, hygiene items and sweet tea were then distributed to those in need.

However, the distribution was disrupted as both armed riot police and local police encircled the entire distribution. Young people quietly ate, drank and took items such as hats and coats as the temperature dropped and the sun began to go down. The police began to approach those waiting for aid, and aggressively demanded to see the young people’s passports and began contesting their ages.

With boys as young as thirteen being disrupted from peacefully eating by teams of police with guns, we want to highlight the ongoing mistreatment experienced by young teenagers in northern France.

Your ticket for the: UPDATE IN CALAIS.