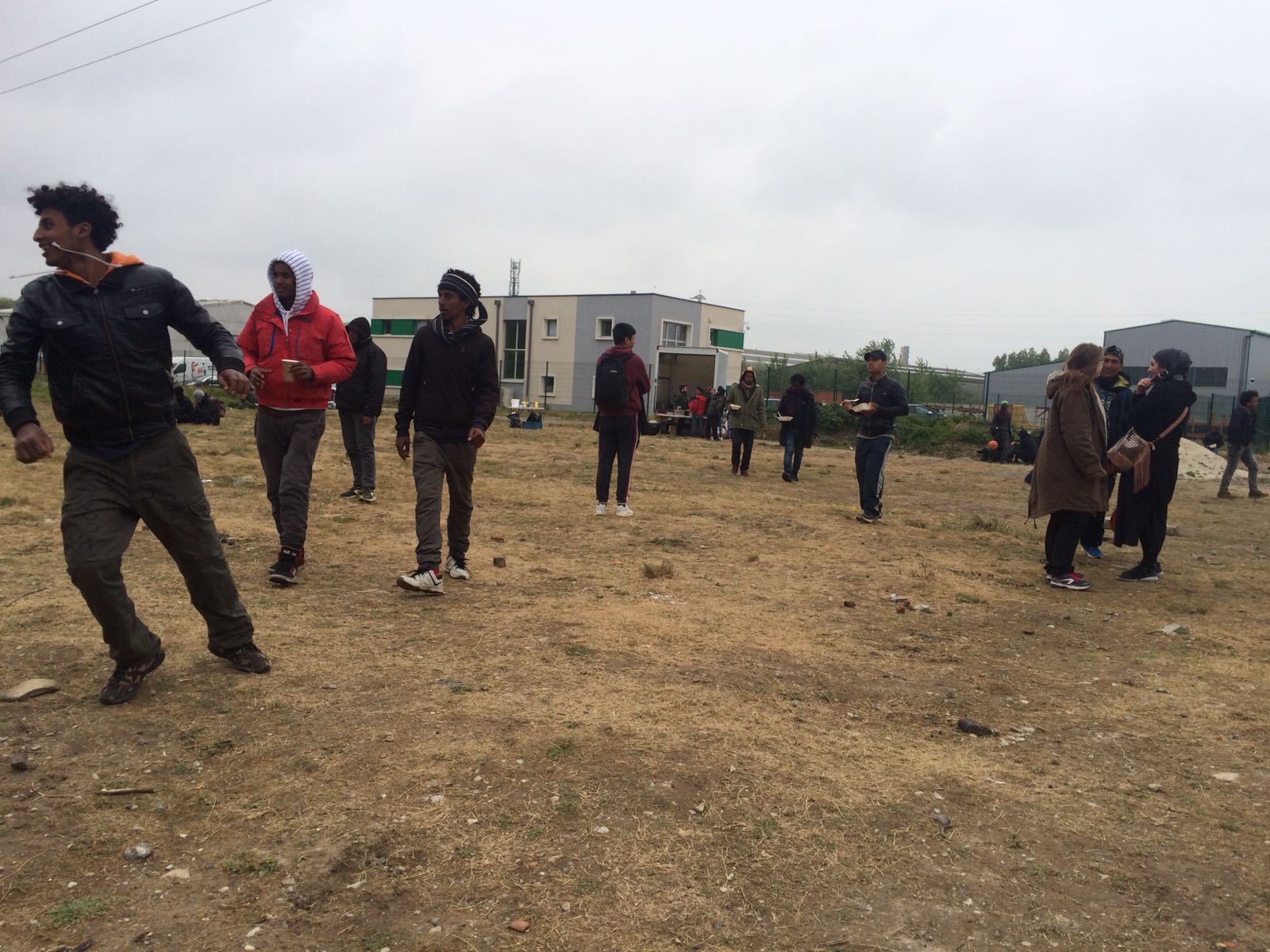 17-year-old Samira from Eritrea was accessing support from the Unofficial Women and Children’s Centre at the time of demolition. After being interviewed by the Home Office in Calais she was told she was going to be transferred to the UK under the Dubs amendment. But, when she arrived at the bus, ready to depart Calais to a new life, she was denied entry. No explanation was given at the time. Save the Children reported that the Home Office had confirmed to them that Samira “had been given permission to travel but for reasons that are ‘still unclear’ she was not allowed to board the bus”.

So instead, Samira went with the rest of the unaccompanied minors from Calais to an accommodation centre – hers in central France, some three hours drive South of Paris. There, she was assessed once again for transfer to the UK, but she watched as her friends were transferred by the Home Office, while she was not. At the end of December, she was the only one of her friends left in the accommodation centre, but she had heard that some people were still crossing from the North of France, so she travelled to a camp 70km from Calais.

It was here, living in precarious conditions, Samira contacted Refugee Youth Service and explained her story. They sent a “signalment procureur” to the child prosecutor, to alert the correct authorities about her situation, and also notified French state anti-trafficking teams. Unfortunately, neither the French state nor the child prosecutor were able to locate her and when volunteers came to the camp to invite her to seek protection she had disappeared.

Volunteers from the Eritrean community worked to locate her some six weeks later in another satellite camp near Calais. Samira explained that she had gone to Paris, believing there was a chance to get the UK from there. While in Paris she had been sleeping in a tent in La Chapelle with some other girls. There she was told by some Arab men that she had never met before, that she would have to “work” if she wanted to stay. Volunteers alongside the French anti trafficking team, Gynaecologists Sans Frontiers and UNHCR team members all worked to get her the support she needed.

Samira had bruises from encounters with police, and reported being in pain and otherwise being tired and stressed. She explained that “this should not happen to underage refugees in Europe”. The Home Office have since responded to her case and she has had a second age assessment by French authorities. She was also given a new phone and a new sim to protect her and prevent her from being contacted by those who may have had her number previously.

For six months since the demolition of the Calais Camp, Samira has waited for news of her fate. The Home Office have recently agreed to bring her to the UK but without the urgency required in this circumstance, there is concern that she will lose trust, return to the streets and disappear once again.

This information was gathered by our long-term volunteer Benny Hunter.

To help us continue to support unaccompanied minors and those in need living in Calais, Dunkirk and across France, please donate here.

Your ticket for the: UNACCOMPANIED MINORS IN CALAIS – SAMIRA’S STORY