There Is No Refugee Crisis 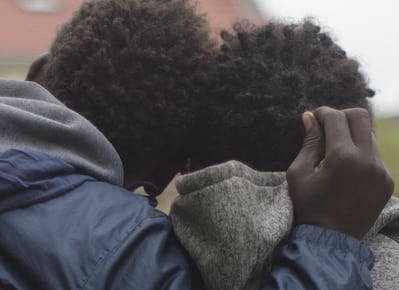 This border is lethal. It kills with frightening regularity. It is never charged, never tried, never held to account. In May, a two-year old girl of Kurdish origin was shot and killed by police on the French and Belgian border. Her name joins a long list, a list that has been added to every three and a half weeks since 2012 . The space between these deaths is filled with beatings, intimidations, and forced evictions from squalid living spaces. These abuses receive little coverage in European media. Even new volunteers are shocked when they first realise, for example, that it is standard operating procedure here during the wintertime for police officers to forcibly confiscate jackets, tents, and sleeping bags from displaced persons. 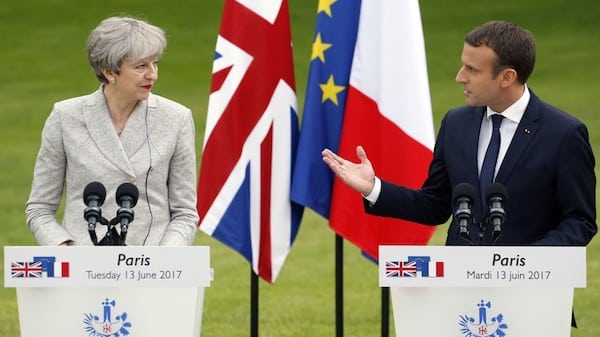 In January 2018, Theresa May & Emmanuel Macron signed the Sandhurst Treaty, a deal in which Britain pledged £44.5 million to help strengthen the French/British border in Calais.

In January 2018 the UK government pledged 44.5 million pounds to assist with the blocking of refugees at the French border. High fences stretch along the highways, and the truck stops and ports resemble fortresses. Across the EU, the price tag for these fortifications stands at around 500 million euros. Around 1,100 members of the security forces are present in Calais alone at any given time; roughly two for every refugee. Arrests and detainments of migrants are constant. According to human rights observers working on the ground, there were six mass evictions and clearances of refugees in Calais between the 11th and the 15th of June this year alone. One could be forgiven for thinking that the sole objective of the security forces in Calais was to make the city so unwelcoming that it would deter people who had fled some of the most dangerous places on the planet. The E.U. has just assigned 34.9 billion euros to border security for the period of 2021-2027, and has announced a plan to create a standing force of 10,000 new border guards. This acknowledges that migration will be a key issue in Europe for years to come, but seeks only to continue business as usual rather than rethinking the solutions that have caused so much unnecessary suffering for so little, if any, benefit to anyone. 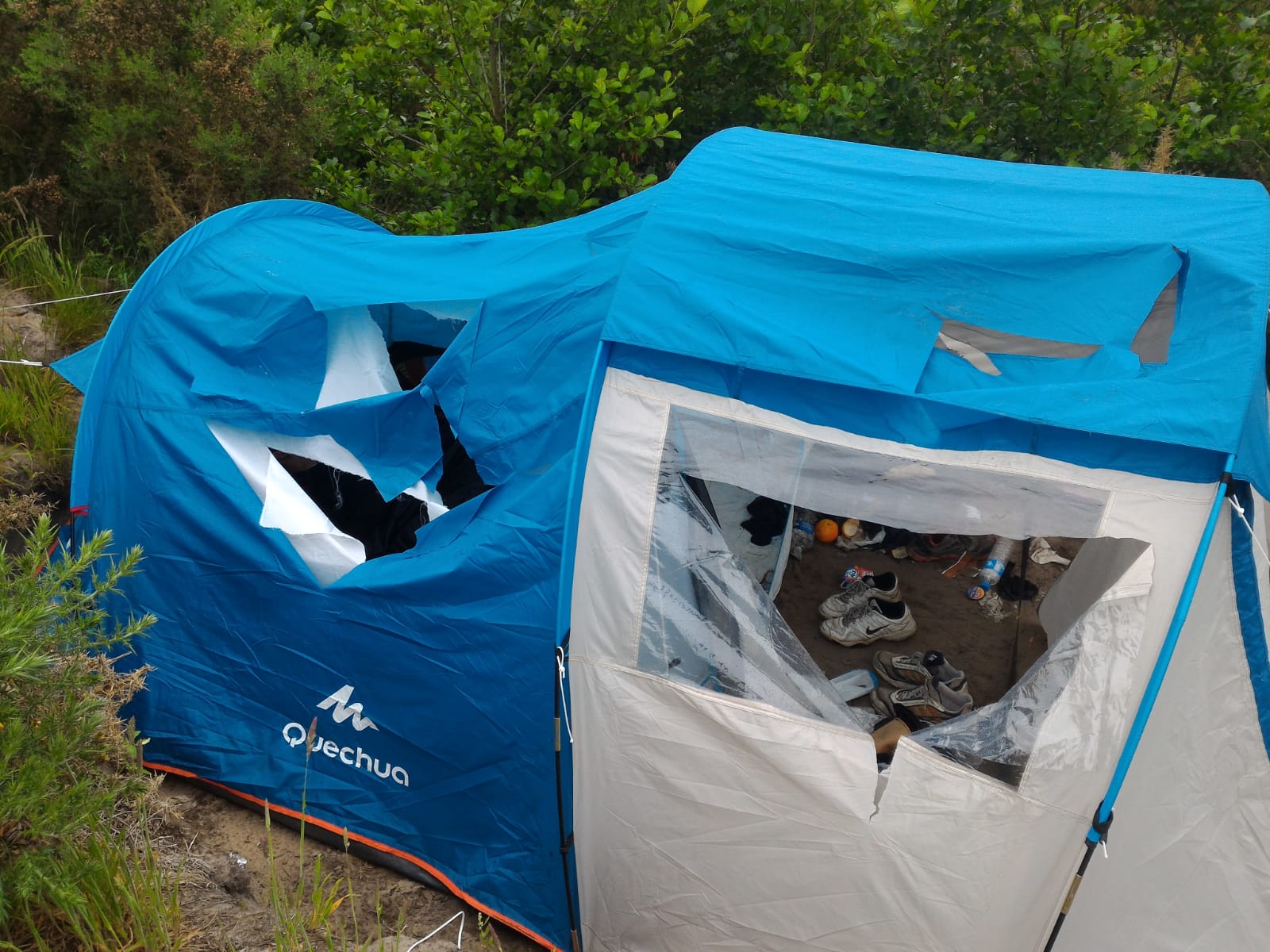 Tents are confiscated and vandalised by police in Calais on a daily basis, giving people sleeping rough no protection during the cold nights.

Effort is a difficult thing to quantify but imagine for a moment that every set of hands engaged in Calais security was turned towards something constructive, towards a response that actually sought to achieve something. For example, consider tents, the main form of shelter available to displaced people in Calais. As of June 2018, there is a serious shortage. Thousands of pounds are raised and hundreds of tents bought every few months, but for every van of ours that delivers them, another arrives to take them away, no matter how bad the weather. Between December 2017 and May 2018 around two thousand tents were distributed in Calais and the surrounding areas. They didn’t go to two thousand people, but to less than eight hundred. Every time they were given out, they were slashed or binned by the police, and new ones had to be distributed. Now, for once, the massive section of our warehouse given over to storing tents stands empty. Once again the donors have come through, and several hundred more tents are on the way. The people have spoken and will not stand for people sleeping rough in this harsh climate.

It is frustrating, and sometimes that frustration comes back to us from the communities we support. “This is not a solution”, people have said to me, pointing to a van full of blankets or jackets. I know it isn’t. We all know. Very little of the strenuous efforts expended in Calais work towards a solution. They are simply a reaction to poor policy making, a filling put into the gaps of a collapsing structure. Real people fall through these gaps while Europe debates itself in circles. The work that the volunteers of L’Auberge des Migrants, Help Refugees, Utopia 56, and many other associated charities do is amazing, but it is a terrible shame that they have to be here at all. If they were not, there would be no defence against the anti-human infrastructure that exists only to make life in this difficult place even worse. 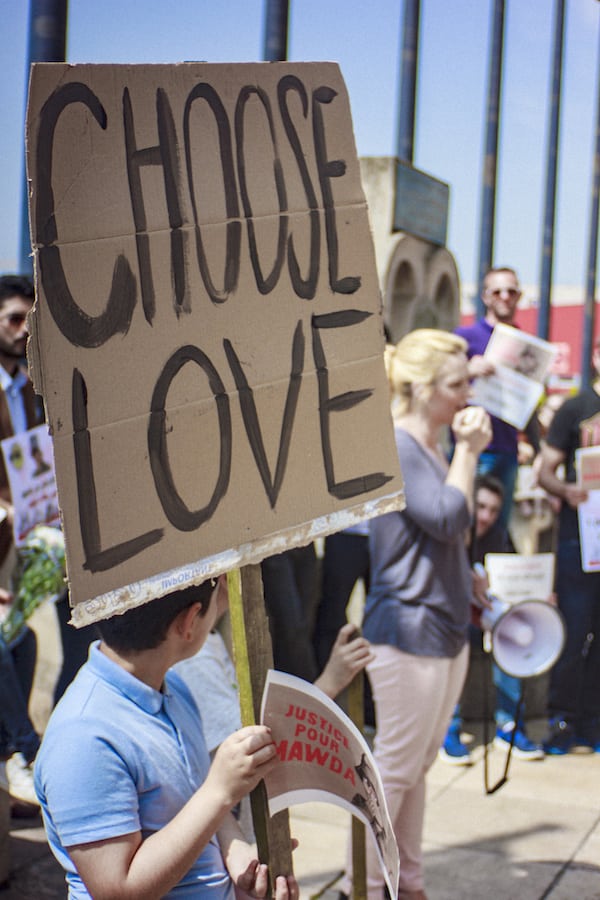 Protest following the death of two-year-old Mawda, who was shot and killed by Belgian police.

So what’s it all for? Ostensibly, this is done for the security of the United Kingdom. But a border itself needs no protection, nor does a country. It is its people who are protected. The blood spilled and the indignity suffered on its frontier is a toll taken on behalf of citizens of the U.K., but it is not something they have agreed to, or voted for, in any form. They have no oversight on the manner of their protection. This effort takes place completely out of sight and is conducted by organisations that most have probably never heard of. Were this violence to occur just a couple of miles away in Dover, you can guarantee that there would be inquests, investigations, and significant media attention. The UK, however, has chosen to export its border, and place its violence out of sight and out of mind.

There are less than one thousand displaced people here in Calais. That’s 0.003% of the current population of the United Kingdom. That’s one thousand tenacious, hardworking people who have made it thousands of miles away from home in pursuit of safety, security, and a chance at a better life. They come fleeing poverty, violence and oppression, and see the UK as a place of safety and hope. Even at its peak, there were only around 10,000 people in the Calais Jungle. (In comparison, there are nearly 700,000 people in the U.K. who were born in Ireland. Nearly 14,000 arrived in 2010 alone.)

In the end, none of these efforts ‘work’. The security forces do not prevent migrants from crossing the English Channel. They do serve, however, to drive the process further underground and ensure that it remains as dangerous as possible. Every week, word trickles across the Channel about people who have made it to the U.K. by various means, all of them having undertaken extraordinary risks. If it is the objective of the security forces to end migration to the U.K., they are failing in this, as they always have. They just charge a toll along the way, in blood and suffering and trauma. The question we need to ask is simple. Is that the kind of society we have decided to live in? Does that accurately represent our values as citizens of France, of the United Kingdom, of the European Union? The suffering that this bureaucratic nightmare inflicts is our responsibility and we will have to answer for it in the future. In the end, there is one question that we need to be asking: How much is a border worth?

This article was written by long-term Help Refugees volunteer in Calais, Oscar Leanord.

Your ticket for the: There Is No Refugee Crisis

There Is No Refugee Crisis