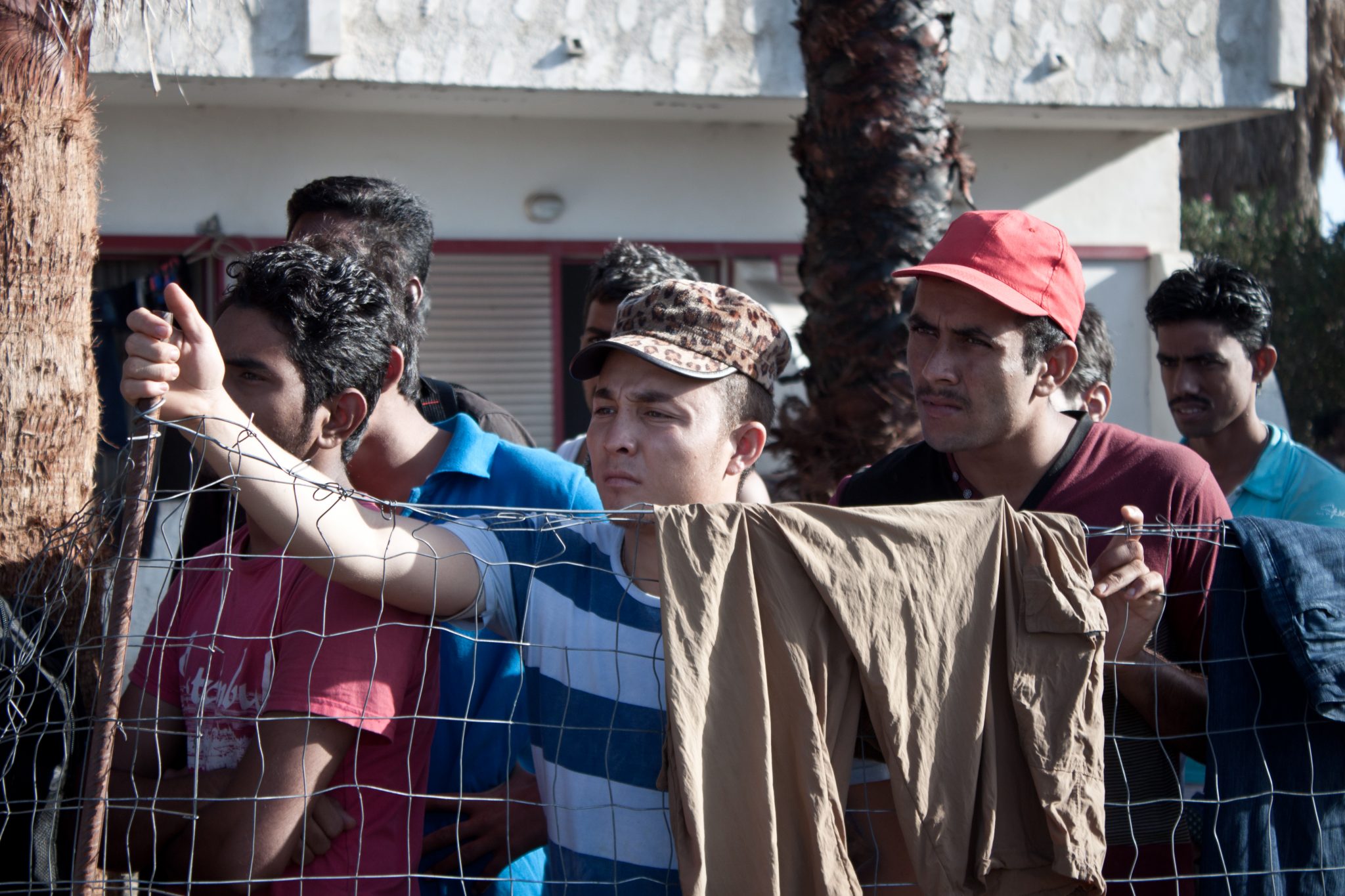 Stories from Kos by Tom Sabbadini 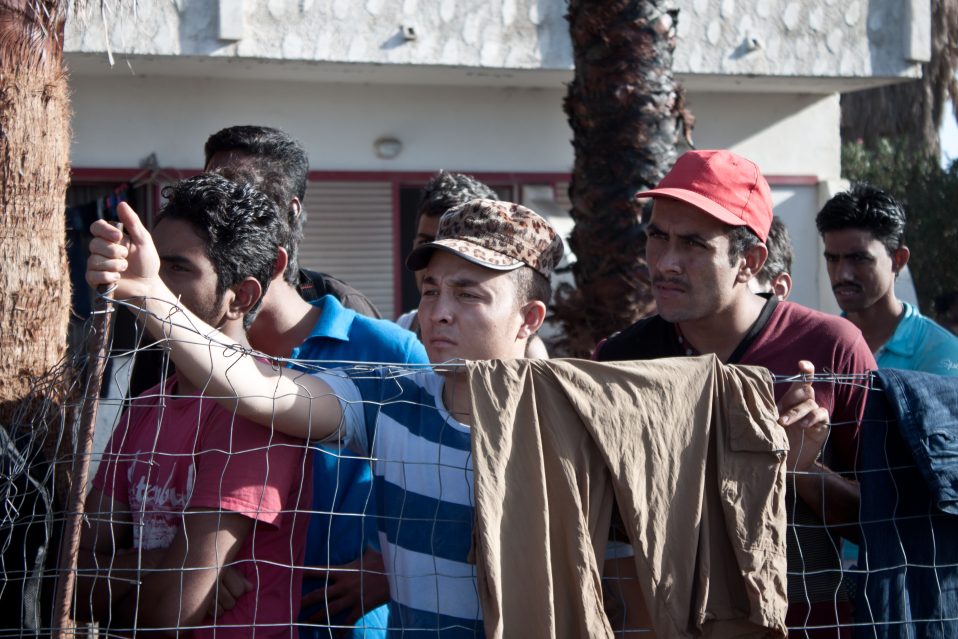 After a summer of shocking images on my television screen and upsetting reports in the press, I was honoured to have the opportunity to travel with my friend Heydon to the island of Kos, Greece where we took some of your generous donations directly to the people most in need. Heydon has already given an update on some of the things we were able to do thanks to your support.

I thought it might be useful to tell you a bit more about some of the refugees who I met whilst there. They reinforced my conviction that these are people who are anything but a swarm of economic opportunists, as many would have us believe. They are people with heart-breaking stories of hardship and bravery, who should be held up as testimonies of the resilience of the human spirit.

Understandably, the plight of Syrians has been at the heart of this migrant crisis, but in Kos I found a real diversity of people who were escaping war and persecution in their home countries, including Afghans, Nigerians and Pakistanis. I offered these people sleeping bags, shoes and rucksacks and what I took away were moving accounts of how they had ended up in Kos. Here are two of the many stories I heard.

Asad, 28, is from the outskirts of Lahore in Pakistan. He has a wife and 2 young children. He told me that due to his refusal to join the Taliban, he and his family were subjected to violent attacks and death threats. They were forced into abandoning their home, living in hiding and Asad was no longer able to work.

Eventually Asad was left with no choice but to flee, hoping that once settled abroad he would be able to bring his family too. At the Iranian border he enlisted the help of human traffickers, or ‘agents’ as he referred to them.

He travelled over land, mostly by foot, for thousands of kilometres to reach the Turkish border. Along the way he met others also trying to reach Europe. He said at times they were so scared of being discovered they spent days at a time in forests, eating leaves and drinking water from ponds. It was winter and temperatures at night regularly dropped close to freezing.

They made three unsuccessful attempts to cross the border into Turkey by night. Each time the Turkish army, Asad says, opened fire on them. The fourth time, on their hands and knees, they managed to find a way through. It cost Asad a total of US$500 to get to this point, paid to agents by his father who sold land and borrowed money in order to afford it.

Like others I spoke to, Asad’s 23 year old friend Ibrar’s journey through Iran did not go quite so smoothly. Whilst crossing the Iranian mountains his group was attacked by armed bandits who held them hostage in a cave for several weeks, regularly beating them. He was forced to call family in Pakistan and ask for ransom money to be sent over. However, Ibrar told me that his family in Pakistan had little financial means, so his captors put a sharpened stick through his left eye as a warning sign that worse was to come if they did not find a way. His elder brother managed to wire over US$100, which resulted in Ibrar’s release, but he has permanently lost his vision in one eye.

Eventually both Asad and Ibrar reached Istanbul where they found employment in a construction company, which is where they first met.

Along with several other young Pakistani men, they worked there for the following three months, 12 hours a day, seven days a week with no holiday. They each spent 120 Turkish Lira (£25) per month on rent to sleep on the floor of a flat with 10 other men. At the end of the three months they were paid just 1000 Turkish Lira (£210) in total, which was less than a quarter of what they had been promised. It didn’t even cover their expenses.

Asad says it became clear there was no future for any of them in Turkey and so they decided once again to take their lives into their own hands and attempt the journey to Greece. They pooled together their savings and bought a small dingy with an engine. None of them had ever steered a boat before or knew how to swim. The shopkeeper where they bought it gave them a 5-minute lesson and it was decided that Asad would steer it as he had driven tractors in Pakistan.

Asad told me they had been assured the journey to Kos was only one to two hours, but not long into the crossing the sea became extremely rough and threatened to capsize their boat. They had a number for the Greek coastal guards, which they frantically tried to call from their mobiles, but it was out of service. They were wearing life jackets but Ibrar told me they genuinely believed they would die. They prayed and many of them openly wept. But Asad kept a steady hand and three hours later they reached solid ground on Kos.

Since their arrival they have been sleeping on the beach and sharing two tents between 15. They have been relying on handouts of food from tourists, who they say have treated them kindly. Their plan was to travel up to Athens and then onto Hungary (the border was still open at this point). Asad told me he hopes to eventually make it to Italy where he has a friend and would take any work possible. Ibrar dreams of coming to England as he hears it is a beautiful and welcoming country. He hopes to find employment as a barber.

See more photos from Kos on my FlickR page

Your ticket for the: Stories from Kos by Tom Sabbadini

Stories from Kos by Tom Sabbadini