Stand Up For Asylum: Lift the Ban on Asylum Seekers’ Right To Work 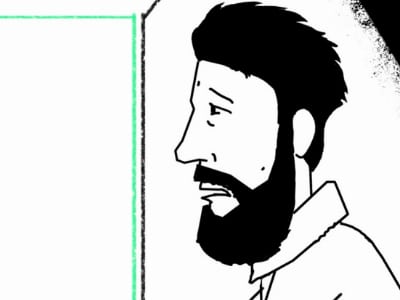 People seeking asylum in the UK are effectively prohibited from working. As a result, many are left to live in poverty, struggling to support themselves and their families, whilst the Government wastes the talents of thousands of people.

It is not fair to deprive people of the opportunity to provide for themselves and their families while they wait, often years, for a decision on their asylum claim. It is not effective to waste the talents of our population, or to keep people suffering in limbo. We want people who have risked everything to find safety in our country to have the best chance of contributing to our society and integrating into our communities. This means giving people seeking asylum right to work so that they can use their skills and live in dignity. Help Refugees join the calls made by Refugee Action for a fair and effective immigration system – the government must lift the ban and grant asylum seekers the right to work.

Why is this change needed?

The current system is not fair: Everyone wants the opportunity to provide for themselves and their families. It is simply unfair that those who have risked everything to find safety in the UK and have had to wait longer than the Government’s target of 6 months for a decision on their claim are not allowed to do this most basic of things.

It provides a route out of poverty – from destitution to dignity: People seeking asylum are given just £5.39 per day to meet all their essential living costs, including food, clothing, toiletries and transport and the cost of their asylum application.  Forcing people to live in poverty for months, or even years at a time, while they seek safety from persecution is inhumane and has a detrimental impact on their physical and mental health. Enabling people to work provides them with the human dignity of being able to provide for themselves and their families, if they are able.

The current system is wasteful: People seeking asylum who are able to work would not need to be supported for extended periods and could contribute to the economy through increased tax revenues and consumer spending. Recent research has demonstrated that even with a modest labour force participation rate of 25% among people seeking asylum a saving of £43.5m could be made each year from the asylum support budget if the permission to work rules were liberalised.

It would help integration: For those who are eventually given refugee status, avoiding an extended period outside the labour market is key to ensuring their long-term integration into UK society and encouraging them to be self-sufficient. The Home Office’s own research into the factors that influence refugee integration concluded that “disrupted employment histories [have] an adverse effect on future employment”.[1] Early access to employment increases the chances of smooth economic and social integration by allowing refugees to improve their English, acquire new skills and make new friends and social contacts in the wider community. The vast majority of people seeking asylum want to work and contribute to society and are frustrated at being forced to remain idle and dependent on asylum support.

The public support this: More than two thirds of the public (68%) agree that “When people come to Britain seeking protection, it is important that they integrate, learning English and getting to know people. It would be helpful if asylum-seekers were allowed to work if their claim takes more than six months to process.”

It would bring the UK into line with the approaches taken across Europe: The restrictive approach that the UK takes on access to the labour market makes it an outlier within Europe. In almost all other European states people are given an opportunity to support themselves at an earlier stage and with fewer restrictions.

The Government must lift its ban, which is preventing people who are seeking safety in our country from being able to work and provide for themselves and their families. Together, let’s make our immigration system fair and effective for everyone. #StandUpForAsylum today and write to your MP calling for reform to the British asylum system.

Your ticket for the: Stand Up For Asylum: Lift the Ban on Asylum Seekers’ Right To Work

Stand Up For Asylum: Lift the Ban on Asylum Seekers’ Right To Work