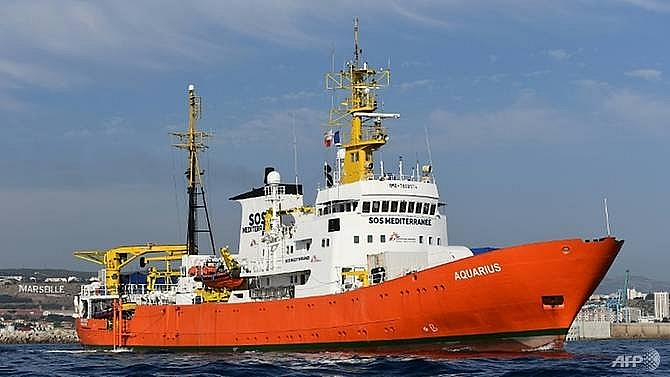 We are saddened by the news that the last civilian search and rescue vessel operating off the coast of Libya has this week ended its operations. Over the past few years the Aquarius ship, run by SOS Méditerranée and MSF, has saved the lives of tens of thousands of people attempting the dangerous sea crossing to Europe whilst fleeing their homes as a result of conflict, persecution and poverty.

This final closure comes at the end of what MSF and SOS Méditerranée have described as a “a relentless ongoing political, judicial and administrative campaign” by European governments, involving efforts to sabotage the saving of lives and criminalise humanitarian rescue missions. In September Italian courts accused the ship’s crew of illegally dumping potentially dangerous medical waste among ordinary rubbish on the Sicilian coast, and ordered the ship to be impounded. It has since lost its Panamanian licence and been unable to leave the French port of Marseilles.

Earlier this year the ship was left stranded in central Mediterranean waters for a week, while European governments tried to negotiate out of a political stalemate over which country would take responsibility for the 141 passengers on board. Speaking of the failure of European governments to support search and rescue operations Sophie Beau, co-founder of SOS Méditerranée, said last month that “it is a criminal policy for Europe to allow people to die at sea when we know we can save these lives. If European countries are not able to provide a framework to allow us to fulfil our humanitarian obligation, this undermines the fundamental principles of our democracies and ultimately we will all pay the political cost.”

The cessation of Aquarius’ activities means that all five of the civilian search and rescue ships which have been operating in Mediterranean waters since the beginning of the “refugee crisis” have now stopped. The only ships in the area now are run by Libyan authorities, and according to humanitarian agencies on the ground these are not equipped to deal with the sheer number of people continuing to make the journey. IOM data shows that this number has been steadily increasing in 2018, and over 2000 people have already lost their lives at sea. With the Aquarius out of action this number is only set to rise.

Head of MSF in the UK, Vickie Hawkins, said in a statement that “the end of Aquarius means more lives lost; more avoidable deaths that will go unwitnessed and unrecorded. It really is a case of ’out of sight out of mind’ for UK and European leaders as men, women and children perish”.

Your ticket for the: Search and rescue ship Aquarius ends operations in the Mediterranean Sea