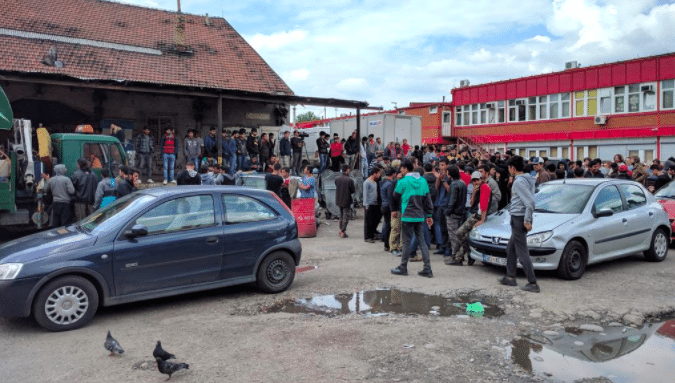 Sian & Stijn, our volunteers on-the-ground, have told us all refugees are being moved to camps in surrounding areas. 150 people were no longer accounted for this morning. Many more have left throughout the day.

Those who don’t want to move, for fear of having their fingerprints taken, have been told that refugees in the barracks and city will no longer be tolerated by authorities.

Our partners BelgrAid were able to give food packs to those leaving on the buses throughout the day. Hunger strikes were held briefly, but as tensions increased and buses arrived, the strike ended and distributions were allowed to continue.

Unaccompanied minors are reportedly being moved to a camp in Krnjača, but in the confusion, with a lack of any information, many minors have been boarding the buses to large camps where their minor status may be overlooked and their asylum claim jeopardised.

The demolition of the area is expected to start tomorrow. Our thoughts are with all those being moved, and the volunteers helping the process go as smoothly and safely as possible.

Help us support our partners working here and across Europe by donating here.

Your ticket for the: REFUGEES EVICTED FROM BELGRADE BARRACKS