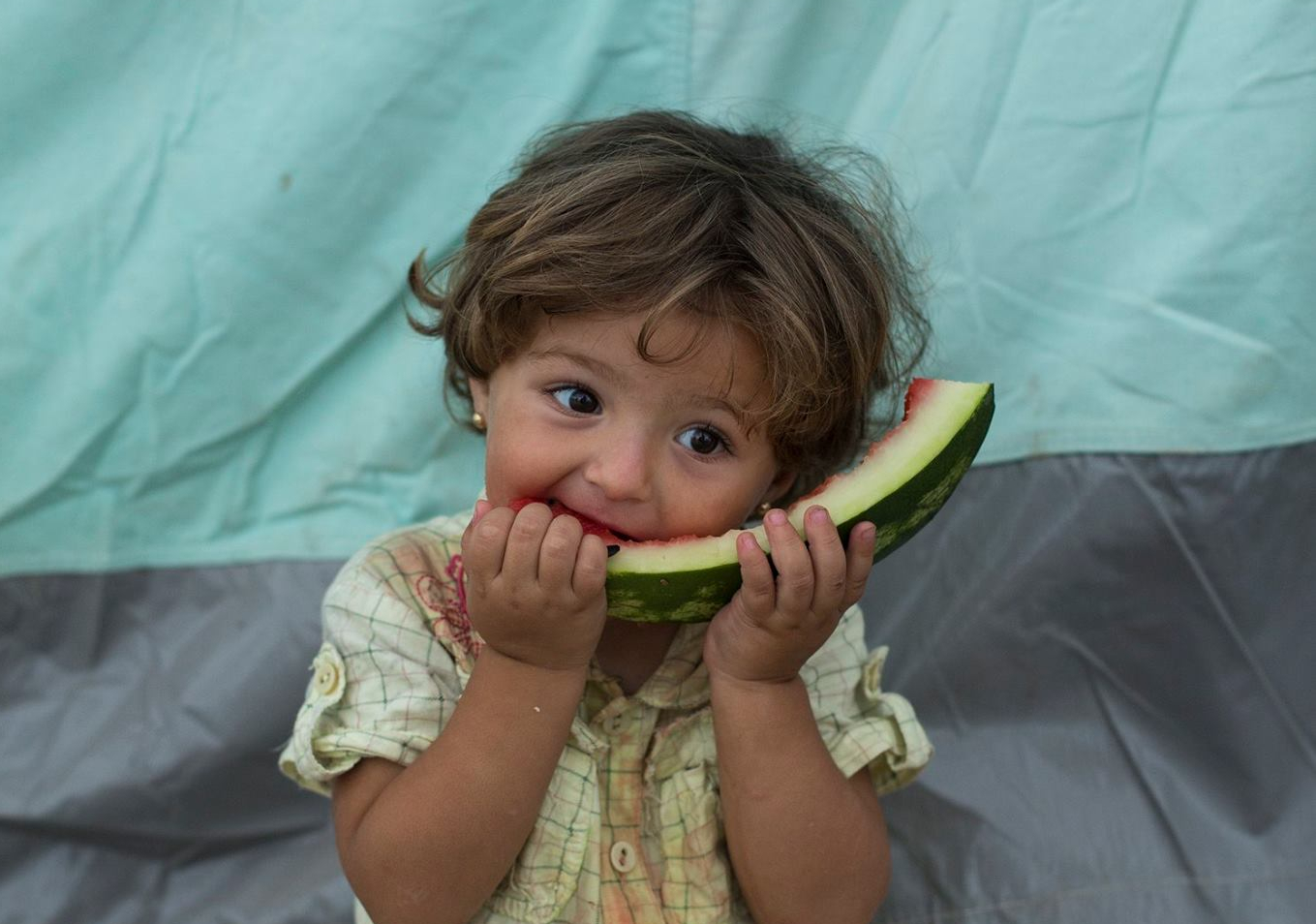 Donate here to help us distribute much-needed food for Ramadan.

Throughout Ramadan this year, help us to deliver 129,810 individual food portions to refugees stranded in Northern Greece.

Before the UK goes to the polling stations tomorrow to vote, we wanted to highlight what policies each of the parties put forward regarding refugees in their 2017 manifestos.

This is what the 2017 party manifestos have to say about refugees and asylum:

The Conservative manifesto points toward a greater focus on aiding those suffering abroad, and a subsequent decrease in help offered to refugees at home. Their manifesto states “wherever possible, the government will offer asylum and refuge to people in parts of the world affected by conflict and oppression, rather than to those who have made it to Britain.”

The manifesto also claims that a Conservative government would seek to review the international legal definitions of asylum and refugee status, although it does not make clear whether this will be an expansion or contraction of the definition.

A Labour government claims it would look to review the processes by which the UK takes in and handles refugees. In their manifesto, they state that they will look to “produce a cross-departmental strategy to meet our international obligations on the refugee crisis” within the first 100 days.

To protect and bolster public services in areas of large migration, they pledge to restore the Migrant Fund, and to review refugee housing. While the manifesto advocates for the UK to take ‘our fair share of refugees,’ no indication is given as to what the UK’s ‘fair share’ might be.

The Liberal Democrats promise to expand the Syrian Vulnerable Persons Resettlement Scheme and provide sanctuary to 50,000 Syrian refugees over the lifetime of the next parliament, as well as reopening the Dubs scheme to take in 3,000 unaccompanied refugee children across Europe.

The manifesto also states the party’s intention to reform family reunification and the processing of asylum claims, in the hope to make current procedures more efficient. On immigration more broadly, the Lib Dems say “immigration broadens our horizons and encourages us to be more open, more tolerant”.

The Green Party promise a ‘humane immigration and asylum system’ and to take responsibility for Britain’s role in causing current flows of migration, but they do not specify the number of refugees that the UK should offer refuge to.

More broadly, the LGBTQIA manifesto promises to end detention for refugees waiting for their cases to be processed, protect the right of appeal, and remove barriers to working.

The Gender Equality manifesto recommends that vulnerable women not be detained. It also recommends funding for ‘integrated support’ for refugees, basic needs for asylum applicants being secure, and caps for application wait times.

The Scottish National Party’s promises to reopen the Dubs scheme, describing its closure as “shameful”. The manifesto also states “SNP MPs will urge the UK government to take action on the recommendations of the All Party Parliamentary Group on Refugees including implementing a National Refugee Integration Strategy that ensures all agencies coordinate support for refugees and helps refugees take part in, and contribute to, our society.”

The SNP call for the family reunification process to be “simplified, reformed, and properly implemented so that those with family in the UK can be more easily reunited with them” and the need to create a national strategy to coordinate all agencies that work to support refugees.

Refugees and asylum seekers are rarely mentioned in the UKIP manifesto. UKIP promises to “comply fully with the 1951 UN Convention Relating to the Status of Refugees and honour our obligations to bona fide asylum seekers”.

While referring to Britain’s decision to exit the EU, the UKIP manifesto asserts that “Britain must have full control of asylum policies,” but leaves no elaboration regarding how a transfer of power away from the EU and to the British government may effect current policy regarding refugees.

Plaid Cymru commits to upholding the Dubs amendment and criticises the last Westminster government for not taking its ‘fair share’ of refugees. There are no explicit proposals for Wales to take more refugees,  but they pledge to maintain the 0.7% GDP commitment to international aid.

Getting enough healthy, nutritious food can be a challenge at the best of times for refugees in Greece. During Ramadan, these challenges become even greater. That’s why we’re providing food, and why we need your support, so refugees in Greece can practice Ramadan with dignity.

Thousands of Muslims have been displaced as a result of war and conflict. They are uncomfortable, alone and due to a lack of resources, cannot fulfil their duties under Islam as they would like. Finding enough food to feast and celebrate Eid is a constant cause of anxiety for Muslim refugees.

In collaboration with local grassroots initiative ‘The Food Project’, Help Refugees deliver food parcels to almost all refugees currently residing in Northern Greece. Whether individuals are stranded, undernourished or exempt from government-funded assistance,  the Food Project strives to deliver fresh fruit, vegetables and dry food goods twice a week to all refugee communities within its reach. Empowering individuals by enabling self-sufficiency and allowing communities to cook for themselves and their families.

Your ticket for the: Ramadan 2017: Help us feed refugees in Northern Greece