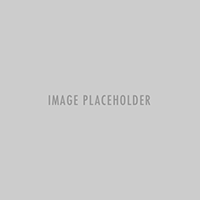 Poignant interview by Lighthouse with Stratos, a fisherman from Lesvos nominated for Nobel Peace Prize

Lighthouse – Refugee Relief on Lesvos is one of the organisations we support and they are working tirelessly to save lives in Lesvos, Greece. Here is a recent post they shared on Facebook.

Skala Sikamineas has always been a special place. Now, it has two Nobel Peace Prize nominees from the village.

This little fishing village by the sea, looking out on Turkey, has given so much support to the arriving refugees in need. Years and years before the volunteers came. Most of the local residents in Skala are the descendants of people forced to leave their homes in Turkey in the 1920’s, starting a new life in Greece, and they connect their own backgrounds to what the refugees now have to go through.

83 year old grandmother Emilia Kamvisi and Stratos Valiamos, one of the fishermen in Skala Sikamineas who have been rescuing refugees at sea, are now said to have been picked to represent the helpers on the Greek islands in a nomination for the Nobel Peace Prize.

In December, we posted this interview with Stratos. After spending months helping each other out in welcoming people arriving on Lesvos, taking us out on beach cleanings and chatting in the cafés, our humble friend told us more about what he has been through here.

– People have started a journey to a better life. I will not let the sea stop them.

The sea has always been the the love of Stratos life. Few days have passed without him being in the water. But since the refugee crisis intensified in May, the sea has given him problems sleeping.

– I have been so worried for the people taking the journey over the sea that I have been out with the boat all night long, Stratos says. Every night. Just in case. In May, when people started coming in much bigger numbers every day, we didn’t know what to do. Before the volunteers came it was a disaster. No medics, not enough clothes, no rescue teams, no coordination. Nothing. We are humans, we need to sleep.

The locals did all they could, but with thousands of people arriving each day in late summer it was impossible to help them all. Before Tsipras was elected, Stratos explains, the mission of the coast guard was to stop the boats, taking the motors or the oil to force the boats to go back to Turkey. But since the election, the coast guard’s job has been to safely bring people to land.

– There are too many people coming for us to handle by ourselves. The only solution is to stop the war. But people are still coming, and for me, the only alternative is to help them from the sea to safety. These people have started a journey to a better life. I will not let the sea stop them. They are leaving in order to stay alive.

A date forever imprinted in Stratos memory is October 27, 2009.

It was early morning and dark at the lighthouse in Korakas. The wind, going north, was strong and the waves reaching high. Coming fast against the hard rocks was a boat carrying refugees, as people have always been fleeing to Lesvos. Stratos, together with two other fishermen, Dimitris and his father in law Yorgos, were the only ones there to help them.

– The rocks surrounding the lighthouse are the worst place to land on the whole island. The boat used a Suzuki motor of 250 CC and crashed hard and fast on the rocks. The refugees didn’t wear life jackets, and half of them were already unconscious, Stratos tells us.

Stratos jumped into the water, bringing child after child to Yorgos and Dimitris. Then he focused on getting the mothers to safety, and after that the fathers.

Ten were saved from the water. Ten died. The ambulance came to pick up the dead bodies and after around two hours the Aegan sea was calm again.

About ten months later, the organisation w2eu arranged for the family to show up at the restaurant Stratos worked at in Skala Sikamineas. They were all crying and kissing him when he realized: they had come back to thank him for saving them from the water. The youngest one being saved from that family was only 9 months at the time of the rescue. Her journey, and life, had continued thanks to Stratos risking his own life to save them.

The survivors also put up a sign in his honour and as memorial for the drowned at the lighthouse in Korakas.

It is still probably the most dangerous landing spot on the island. For this reason, Lighthouse volunteers operate a night watch in Korakas every evening to morning no matter how bad the weather conditions might be, searching for boats that need assistance and guidance to safe landing spots. Stratos continue to this day to give people in need a warm welcome, helping people to finish their journey over the sea by bringing them safely to shore.

Neither Stratos nor Emilia sees themselves as heroes. For them, helping people in need is the normal thing to do.

Thank you, Stratos and Emilia and all other helpers in Skala Sikamineas, and congratulations!

Your ticket for the: Poignant interview by Lighthouse with Stratos, a fisherman from Lesvos nominated for Nobel Peace Prize

Poignant interview by Lighthouse with Stratos, a fisherman from Lesvos nominated for Nobel Peace Prize