Open letter to President Macron and Prime Minister May 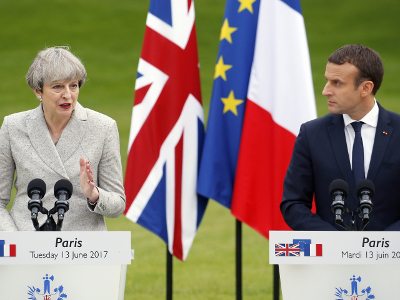 Re: Open letter in view of the Franco-British summit on Thursday 18 January 2018

On the occasion of the Franco-British Summit scheduled to take place this Thursday 18 January 2018, we are writing to ask that any new agreement relating to the French-British border bear in mind the human rights of displaced people currently residing in Calais. The Governments of France and Britain must uphold their existing commitments under international human rights law. Based on aid organisations such as l’Auberge des Migrants, Help Refugees, Safe Passage, Utopia56, Refugee Info Bus, the School Bus Project and Refugee Youth Service’s in-depth knowledge of the situation on the ground, combined with Refugee Rights Data Project’s (RRDP) independent field research throughout 2016-2017, we are deeply concerned that the human rights of refugees and displaced people in northern France are being systematically violated on French territory. We moreover lament the heightened risk of sexual violence, exploitation and trafficking to which children and youth in Calais are exposed, as well as the many avoidable deaths occurring at the border. Since December 2017 alone, three individuals have died a preventable death at the border, including a 15- year old boy who had a legal right to be reunited with family in the UK. We therefore call on the French and British Governments to ensure that the following considerations are held central in any negotiations on Le Touquet agreement and future arrangements relating to the France-UK border:-

We would like to conclude by bringing you the voices from the ground. A 15-year-old boy recently died at the border in Calais. He had family in the UK and a legal right to be here, and the authorities had been notified of his vulnerability and situation. He died crushed by a lorry on the motorway at the border hoping to be reunited with his brother in Britain. He was the fifth child in the last two years to have died at the Calais border with a legal right to be with family in Britain.

His friend, who witnessed his death, explains what happened that night: “That night neither of us much wanted to walk to the motorway – we were exhausted. But it was cold in the woods where we were sleeping so we decided to try again”.

Many thanks for your attention.

Your ticket for the: Open letter to President Macron and Prime Minister May

Open letter to President Macron and Prime Minister May