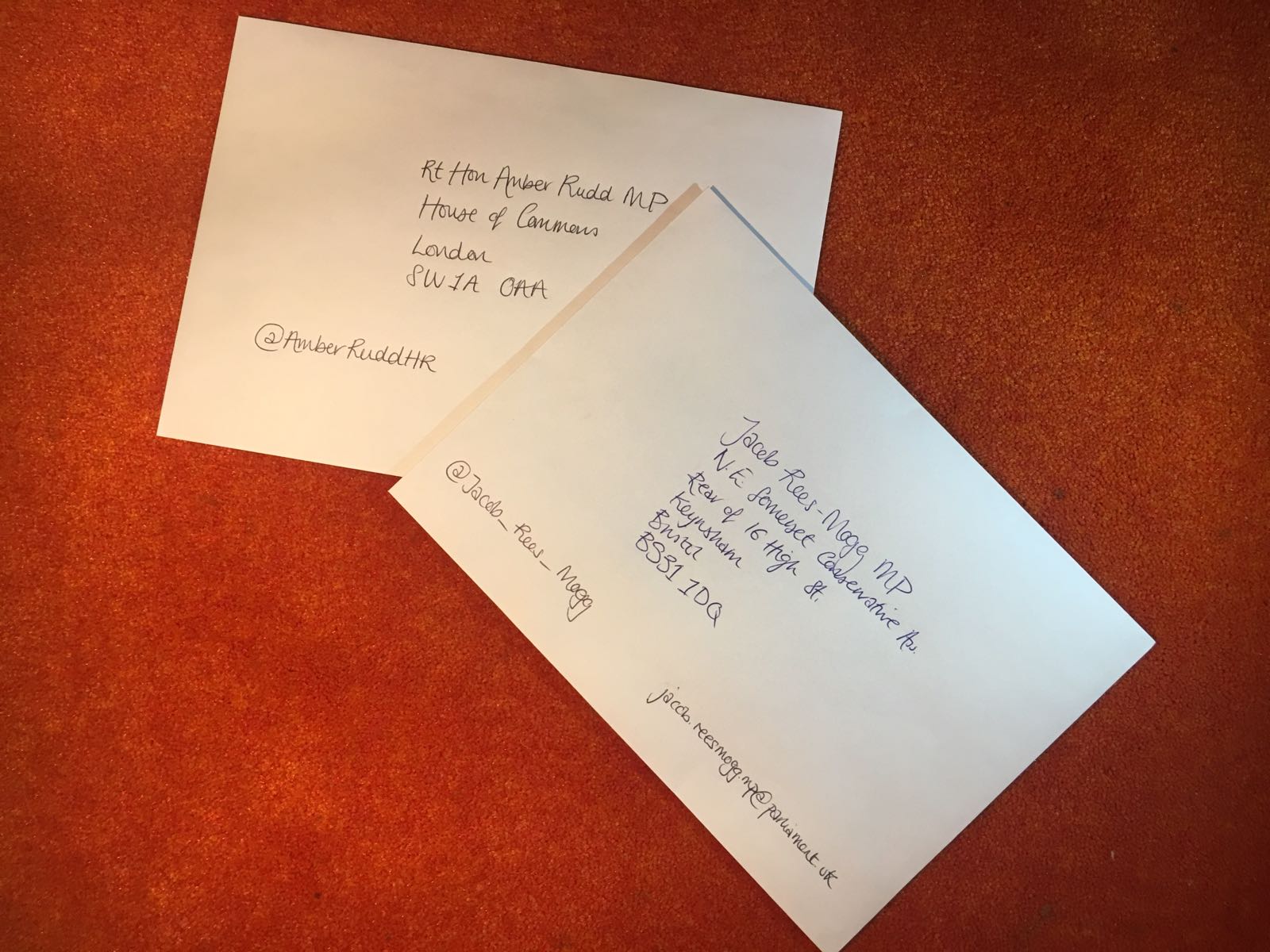 150 MPs, peers and organisations sent a letter to Amber Rudd – read it here

The letter garnered the support of a remarkable 150 MPs, Peers, NGOs and public figures.

Together we demand urgent action to be taken about the child refugees stuck in Calais and Greece who could fill the nearly 300 spaces left unfilled under the Dubs Amendment.

You can find the letter and signatories below.

You can use it to write to your MP here: www.writetothem.com

Secretary of State for the Home Department

We, the undersigned, are writing to you Secretary of State for the Home Department to ask you to continue Britain’s proud tradition of welcoming child refugees and ensure that all the ‘Dubs’ places are now filled and children are transferred to Britain without further delay.

You will be aware that the Dubs Amendment was passed in May 2016 as S67 Immigration Act 2016 in order to bring to safety unaccompanied child refugees from France, Italy and Greece. Parliament called for the Government to consult with Local Authorities when determining how many children would be granted protection in the UK under the scheme.

During the demolition of the so-called Calais “Jungle” in October 2016 the UK gave sanctuary to 200 children under this provision. However since then and up to September this year, no children were transferred under the legislation, despite the Government stating in February 2017 that 480 placements had been identified in total. Today, hundreds of unaccompanied children continue to circulate in Northern France whilst conditions are deteriorating at a steady pace. Recent research by Refugee Rights Data Project indicates that the majority of children are facing sustained and increasingly brutal forms of police violence as well as abuse by civilians, whilst many suffer from untreated mental and physical health problems combined with an absence of information and guidance.1

In light of the current detrimental situation in Calais, a continued commitment by our Government to its legal obligation to fulfil the ‘Dubs’ Amendment appears to be more important than ever. The previous transfer of 200 children in 2016 proves that our Home Office and our Government are able and willing to follow a proud tradition of being a safe haven for child refugees since the Kindertransport in the Second World War, allowing them to find safety in the UK without risking their lives. Knowing that at least four children lost their lives last year at our border in Calais before the Amendment was implemented is heartbreaking and we cannot let this happen again.

We are writing to ask that you ensure further safe transfers to the UK as swiftly as possible to fill the 480 capacity, and to urge the Government to provide swift access to family reunion so that children do not have to risk their lives to reach protection and their families.

The Home Office must act on their existing legal obligation and honour promises made to children under the Dubs Amendment.

We recognise the leadership role Britain has played in coordinating aid to countries with large refugee populations and in resettling refugees directly from the region, however we strongly believe we should also do our bit to support some of the most vulnerable child refugees who have already arrived in Europe.

On the eve of the Second World War, Britain gave sanctuary to some 10,000 unaccompanied child refugees in Europe fleeing Nazi persecution through the Kindertransport. One of these children was Lord Alf Dubs; his amendment – Section 67 – continues this proud tradition of offering protection to some of the most vulnerable child refugees in Europe. We ask you to stand up now for that tradition.

Stewart McDonald MP (not to be confused with me!)

Baroness Kennedy of The Shaws

Joint Council for the Welfare of Immigrants

Side by Side with Refugees

Your ticket for the: 150 MPs, peers and organisations sent a letter to Amber Rudd – read it here

150 MPs, peers and organisations sent a letter to Amber Rudd – read it here