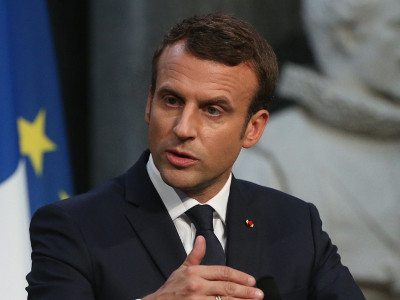 In view of the adoption of the draft asylum and immigration bill by the French Council of Ministers on 21 February 2018, we, a group of international refugee aid and human rights organisations operating in northern France, express our condemnation of the draft bill. It is incompatible with internationally recognised human rights standards and provisions for refugee protection.

Conscious of the harmful impact of the current government policies on thousands of refugees and displaced people across northern France and Paris – which includes sustained use of tear gas, police brutality and destitution – we are deeply concerned that the lived realities of these people will further deteriorate, should the proposed bill be implemented.

The draft bill, if implemented, would reform asylum procedures, cutting the waiting time on asylum applications from eleven months to six. While this may sound progressive, we are concerned that such a reform is based on an incorrect assumption that refugees and displaced people are well informed and can access the asylum procedure swiftly and assert their rights with ease.

Overall, if adopted, we are deeply concerned that the draft asylum and immigration bill would lead to the further deterioration of the human rights situation on French soil. Our fears are shared by, among others, the French Defender of Rights, lawyers, trade unions, journalists and even members of Macron’s En Marche party. We add our voice to theirs, and call on President Macron, the French government and parliament to withdraw the bill and ensure that the human rights of refugees and displaced people seeking sanctuary from conflict, persecution and extreme poverty are placed at the heart of any future migration policy.

Finally, we fully endorse and stand in solidarity with the organisations of the “États Généraux des Migrations”, who are operating across France to develop a set of proposals for a humane and dignified migration policy through careful consultations. See here for further information.

A recent research study by Refugee Rights Europe, based on interviews with 283 displaced people in Paris in January 2018, indicated that a whole 70% were unable to access immigration and asylum information and advice. Similarly, 66% of respondents said they were lacking access to information about their rights. There can be no doubts that the proposed bill would weaken the asylum procedure by reducing the timeframe for submitting a court appeal against refused asylum claims, leaving more individuals at risk of deportation without having had a chance to appeal.

Moreover, the draft asylum and immigration bill would increase the maximum period of asylum detention from 45 to 90 days. This is particularly disconcerting in light of a research study based on interviews with 233 refugees and displaced people in Calais in October 2017, where 72% of respondents had been arrested or detained during their time in France, several of whom reported being physically abused in detention whilst having access to very little water and food. One 22-year old man from Afghanistan recounted: “The police arrested me and took me to the [detention] centre. They have taken me four times and I was kept there for several days with little food and only one bottle of water.” A number of respondents reported having been held in a cell without a toilet, leaving them with no choice but to relieve themselves on the floor. During the aforementioned research study in Paris in January 2018, a 15-year old Sudanese boy recounted being beaten and arrested, and left to sleep naked on the floor “like an animal”. The boy said that he was later released without charge.