On the third anniversary of Jo Cox’s death, her sister Kim Leadbeater is asking senior political figures across the UK to take a break from Brexit to focus on one of the issues that mattered most to her: the humanitarian emergency in Syria.

One million children are currently trapped in Idlib province, facing Russian and regime airstrikes and horrific barrel bombs. Over 350 civilians have been killed in the last six weeks alone. The silence from British politicians is deafening.

The letter is co-signed by Alison McGovern MP and Tom Tugendhat MP. Jo Cox campaigned passionately for the protection of civilians caught in the conflict, and we want to honour her by putting aside our differences over Brexit for one day to focus on our shared humanity. You can read the full letter at the bottom of this page. 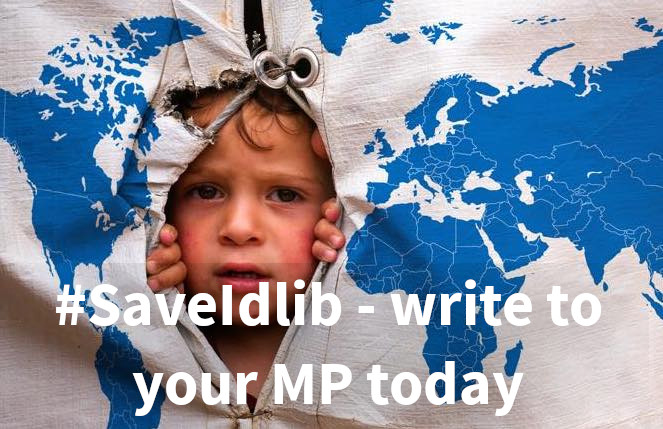 Write to your MP with our simple template – it takes 30 seconds. #onemillionkids #SaveIdlib

What you can do:

Write to your MP and demand that they do everything they can to protect those trapped in Idlib. You can use our template – it only takes 30 seconds.

On Sunday 16th June 2019, we’re asking leaders and leadership candidates to take a break from Brexit and tell us what they plan to do to protect the estimated one million children trapped in Idlib.

The UK is an incredibly powerful country with a seat at the UN Security Council. But the inaction on Syria is costing the lives of the most vulnerable. That’s why we want the head of every political party, or aspiring leader, to answer one straightforward question: if you are Prime Minister what will you do to save the million children trapped under bombs in Idlib?

If you’re on Twitter, use the hashtag #onemillionkids and ask party leaders and candidates what their plan is to resolve the crisis and protect these children.

We’re also asking Sunday newspapers to find prominent space for more coverage of the conflict on this day, and broadcasters to feature the story on the morning news shows.

Despite our preoccupation with Brexit, the UK remains a compassionate country which understands that the indiscriminate targeting of children is wrong.

This day is an opportunity for politicians on all sides to demonstrate their commitment to our shared humanity and the principles that Jo Cox lived for.

If you can spare 30 seconds, please consider using our template to write to your MP and ask them to #SaveIdlib. All you have to do is put your address & details in. 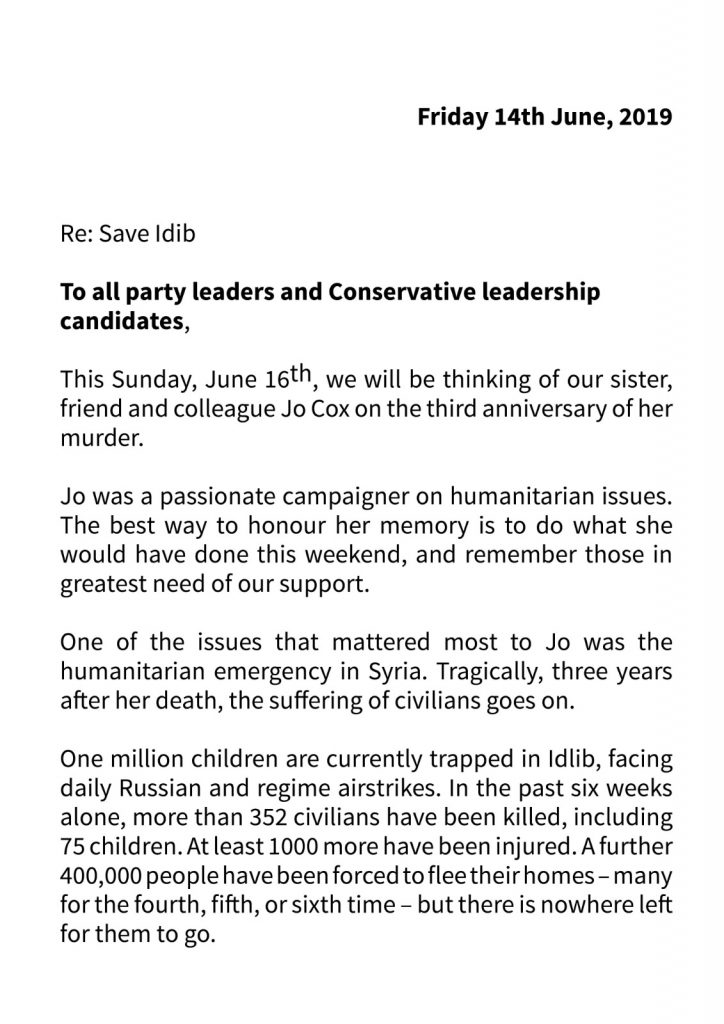 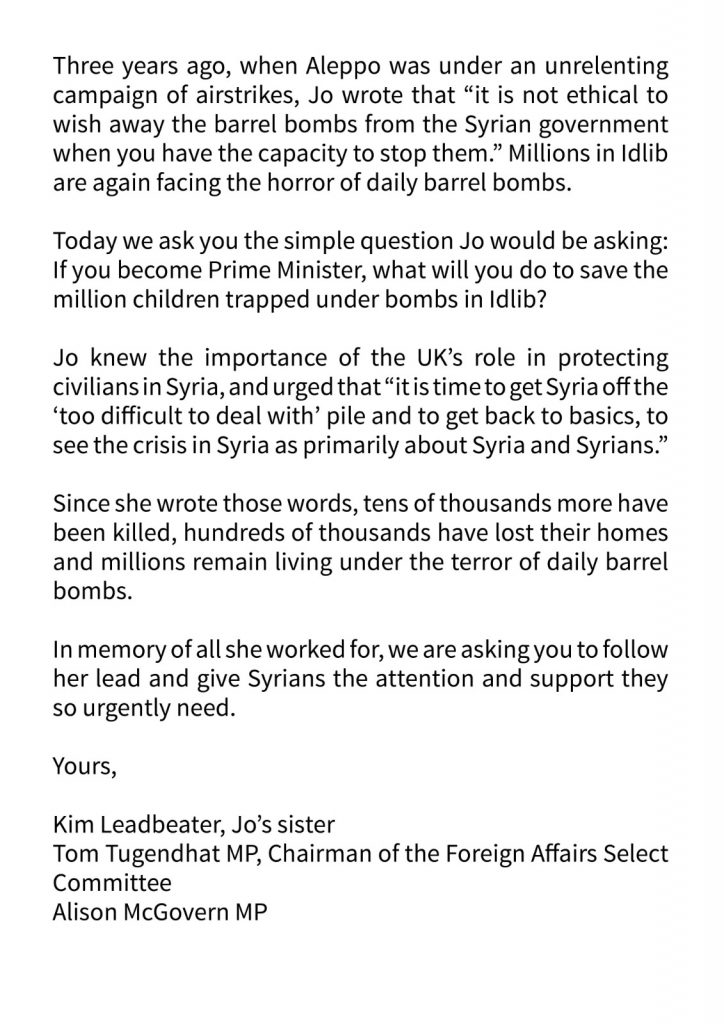