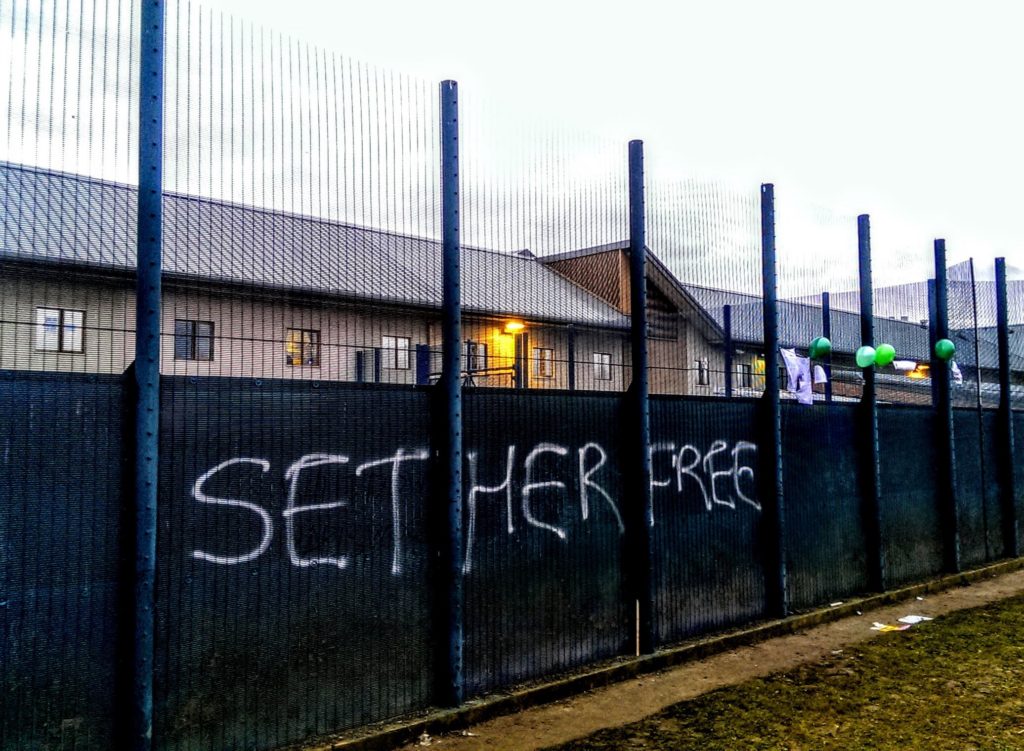 Innocent, abused and imprisoned: the women of Yarl’s Wood

Abused and imprisoned: the women of Yarl’s Wood

Every year, 2,000 women seeking refuge in the UK are detained. Most are held in Yarl’s Wood in
Bedfordshire; widely regarded as Britain’s most infamous detention and removal centre.
According to findings from Women for Refugee Women, between 77 and 85 percent of the women
who are detained here are survivors of abuse, with many surviving sex trafficking, rape, female
genital mutilation (FGM) and domestic violence.

Women for Refugee Women began its investigation into Yarl’s Wood in 2014, launching an ongoing
campaign titled Set Her Free.

This campaign involved interviewing groups of women who were claiming asylum in the UK and had
been detained in Yarl’s Wood at some point during the process of their application, to find out about
trends and patterns in their experiences. Many of the women were being detained at the time they
were interviewed, and some had been released from detention and were living in the community to
wait out their claim.

The interviews were conducted by the group over three set periods, between 2014 and 2017, as a
means of discovering how things had changed and developed year-on-year.
In 2017, the campaigners released a report called ‘We are still here’, which assessed whether
proposed changes to the removal &amp; detention process had created any sort of shift in the
experiences of women who were being detained.

The vast majority of the women interviewed (85 percent) were survivors of gender-based or sexual
violence, including rape, forced prostitution, and FGM. For many of these women, this was the
reason they had fled their home countries and were seeking refuge in the UK in the first place.
An issue which was highlighted by Women for Refugee Women in previous reports was the re-
traumatising affect of detention for these women. Unfortunately, this was something which was still
very present in 2017, with all the women interviewed stating that being detained had exacerbated
their mental health issues and trauma. Many victims of abuse experience PTSD, anxiety or
depression as a direct result of their experiences. Human rights activists argue that the detention
process makes these symptoms worse, ultimately re-traumatising survivors of abuse and violence.
Every woman interviewed for the ‘We are still here’ report described her mood as depressed; 8 in 10
said that they had had suicidal thoughts while they were detained; and 3 in 10 had attempted
suicide while there. Notably, when asked whether they felt being detained had contributed to their
mental illness, all the women interviewed said yes.

The experience of being detained can often cause those who have been abused to re-live their
traumas; many women who have suffered abuse in their home countries were actually held hostage
or imprisoned by their abusers, and so being detained physically places them back in the same
situation. This can severely trigger spikes in mental illness, particularly for those experiencing PTSD. Others may be traumatised by being in close proximity to men – who are overwhelmingly the
perpetrators of sexual and gender-based violence.

This is another factor which contributes to the concerns of groups like Women for Refugee Women,
who argue that positioning male staff in detention centres can cause huge amounts of emotional
and psychological distress for women who have experienced sexual or gender-based abuse.
Additionally, women who have been imprisoned in Yarl’s Wood have consistently accused staff
members of abusing them – both physically and sexually.

Earlier this year, Beatrice Guessie, an ex-detainee of Yarl’s Wood spoke out about her experience
there, in which she described her own physical abuse at the hands of guards and staff members, as
well as the sexual abuse of some of her female peers. This was at a self-lead conference, for which
she wanted to tell her story and raise awareness for her women’s support charity, Light in the
Darkness.

It is not just from an ethical standpoint that it is possible to disagree with the UK’s detention of
vulnerable asylum-seekers.

Only 15 per cent of women seeking asylum who were detained in 2017 were ultimately removed
from Britain, while the majority (85 per cent) were released back into the community to await the
results of their claims for refuge. Most of these women then went on to be granted refugee status
and eventually apply for British citizenship. With this in mind, one has to question what purpose
detaining these women achieved, and whether the decision had any meaningful results other than
needlessly causing the emotional, mental and physical distress of vulnerable detainees?

The state of Britain’s detention & removal system needs to be addressed immediately; not only is
detaining innocent abuse victims unethical, it is also ineffective and uneconomic. Imprisonment can
no longer be the default, especially when it comes to vulnerable women who have already
experienced a lifetime of targeted abuse and violence in their home countries. Instead, the UK
should be extending a welcoming hand to these women and treating them with the respect and
kindness that they desperately need.

To discuss the information contained in this article further, please contact Luna on editor@iasservices.org.uk.

Your ticket for the: Innocent, abused and imprisoned: the women of Yarl’s Wood

Innocent, abused and imprisoned: the women of Yarl’s Wood