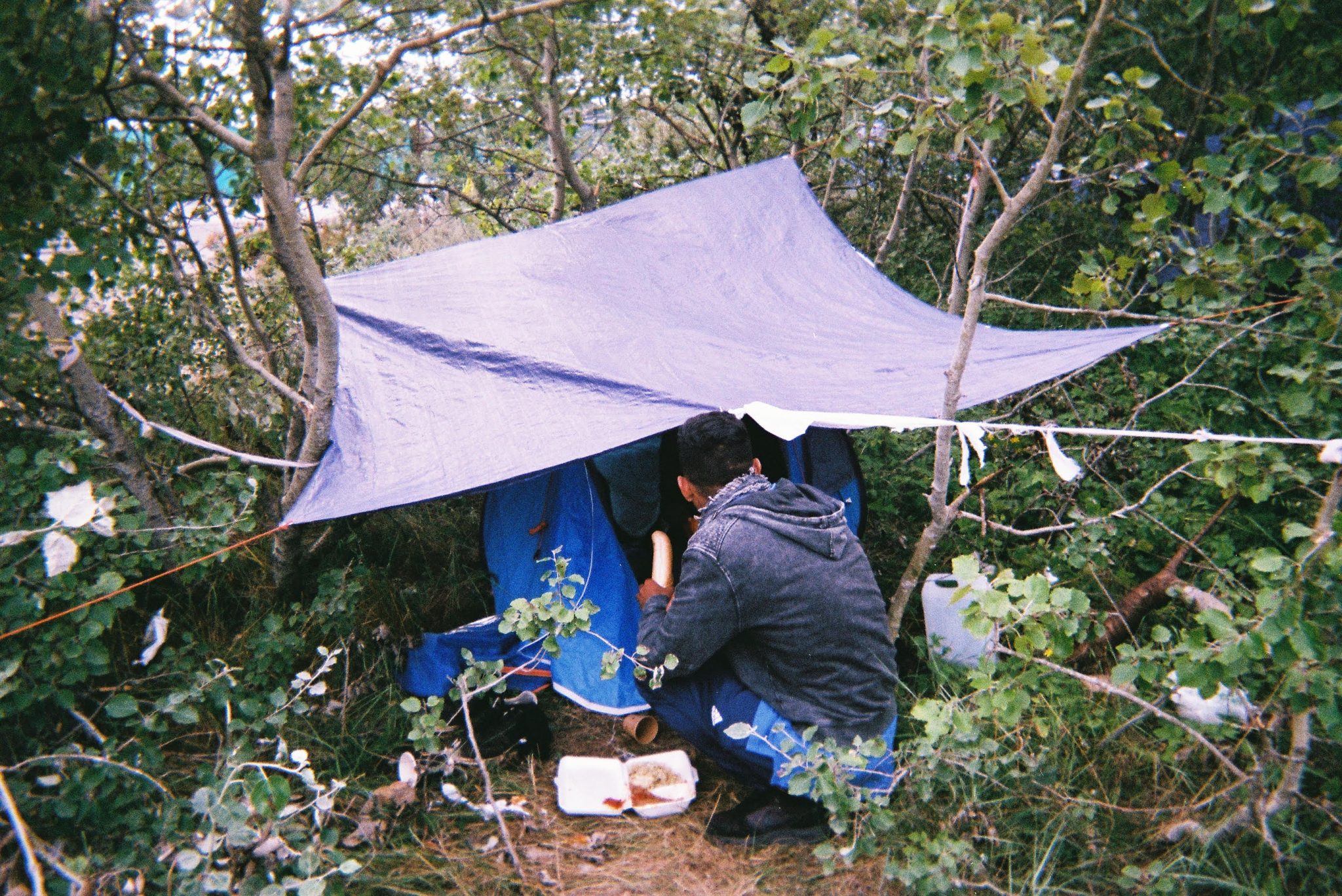 In the industrial zone on the edge of Calais, tents are scattered across landfill sites or are perched on slag heaps. Inside sleep unaccompanied refugee children.

It’s still dark and the children are asleep when they are forcibly woken up.

Dressed in riot gear, police shake the children’s tents and shout in French. Frightening enough for adults, it’s terrifying for children. But some of them have become hardened to it and this, too, is unbearably sad.

Sleeping bags are removed, sleep is disrupted and another day of survival in the open begins.

For the 200 or so unaccompanied refugee children currently sleeping rough in northern France, life is impossibly hard. Almost every day begins with an eviction before 9am, an arbitrary and cruel operation carried out by the French authorities to continually displace young people who are already living in desperate conditions.

These are kids who have fled war and insecurity in places such as Afghanistan, Iraqi Kurdistan, Sudan and Eritrea, and who have become separated from their families. Many are orphans, others have found themselves the only member of their family able to escape from terrible situations.

I’ve even seen some as young as eight years old. What unites them all is the wary look in their eyes and the layers of clothes they wear against the cold.

The days drag on as young people sit around fires trying to keep warm. No education, no shelter, no state legal support – none of these fundamental human rights appear to exist for them.  Seeing their situation and the apathy our leaders show to it leaves me in a state of despair and mourning the childhood they are missing.

As Field Manager for Help Refugees in northern France, my job is to coordinate volunteers who work around the clock to meet the most basic needs.  We’ve been providing support here for years; blankets, firewood and hot food for starters. I help safeguard the kids, flagging particularly vulnerable cases to lawyers and others who can help.

The deepest injustice is that while they are living this nightmare on the streets in France, those with family in the UK could be safely at home with them.

Currently, if an unaccompanied refugee child in Europe has any family in the UK, they have a right to be reunited with them. Over the years that I’ve been working here, some children I’ve known have been able to take advantage of this and are now living safely in the UK.

But bureaucracy and foot-dragging on the part of the British government have left many children still stranded, and now the government is trying to scrap the legislation that could give those still here a lifeline to security.

Last week, the House of Commons voted against an amendment to the EU Withdrawal Bill (the ‘Brexit Bill’) that would have preserved family reunification after Brexit – one of the last legal routes that exists for unaccompanied children to find safety.

The House of Lords just overturned that vote, sending the Bill back to the Commons with a clear signal that this is morally unjustifiable.

We only have a few hours to tell our MPs that this country wants the right to family reunification for lone refugee children enshrined in law once and for all. Please, take action now.

Your ticket for the: In Calais we see what happens when refugee children are left out in the cold