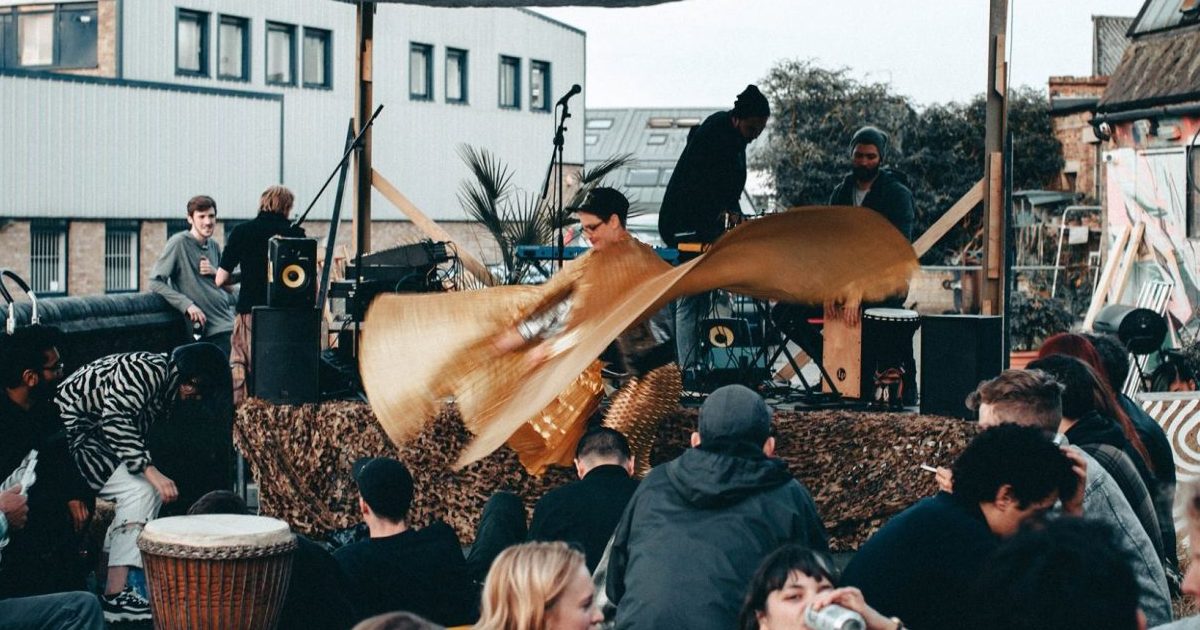 We want to say a massive thank you to Lara and Billie, two volunteers who organised a fantastic community fundraising event for Help Refugees in North London.

Catching one of the last days of summer sunshine, they arranged ‘Moving LINES – Art, Music & Culture Fair’: a day of workshops (from photography to circuit bending), live music, spoken word and arts. We are so grateful for the immense amount of effort they put in, and to their friends for all of the support that they gave – from those who donated clothes, to the performers, to the magician and face painter; to the videographer, photographer, dancer and everyone in between. 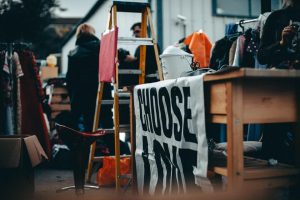 Walking in to the yard, the first things that you saw were enormous piles of vintage clothes– all donated by Billie and Lara’s generous friends. The ‘Fill a Bag for £5’ deal would have convinced even the most reluctant shopper, and second hand books – from the portfolios of little-known artists to antique guidebooks of Paris – were stacked high and surrounded by records and trinkets.

Friends of Lara and Billie built a stage, and a host of artists treated us to their innovative performances: from Guido’s junk percussion to a set by Angolan-Portuguese musician and band, Amadis and the Ambassadors, each band had a twist that made it unlike any we had seen before. 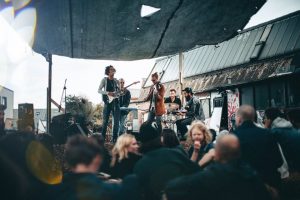 Delicious homemade food and drinks were on offer all day, including elderflower presse, iced chai tea, and Lara’s falafel (snapped up so quickly that she had to run home and make a second batch!). Chef Sam appeared in the evening, and created an amazing chana masala to keep us warm as the sun began to set. 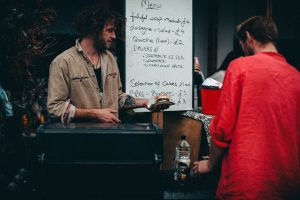 And as it did so, a host of spoken word artists took to the stage. Led by Erb’n’Word, poet after poet took to the stage and, against the darkening sky, captivated us with their powerful lyrics. From Mumma Sue’s reflections to PoetCurious’ love letter to the power of poetry, the eloquent calls for change and social justice reduced us to both laughter and tears. The number of people who were willing to take the microphone, regardless of whether they had planned to, is testimony to the inclusivity and warmth that characterized this magical day.

Under cover of darkness (and tarpaulin, as the rain made a brief appearance…!), an auction of local artists’ work was held. Pieces that had been on display were now available to take home, including a painting that had been specifically created for the event by the phenomenal Adrian Eaves. As the auction wound up and people began to head home, a musician – with the light of fairy lights and candles surrounding him – returned to the stage, singing softly. 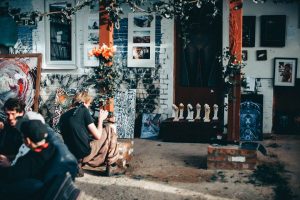 We are so, so grateful to Billie and Lara – and all their incredibly talented friends – for creating such a fantastic day. From the moment we arrived, we were amazed by your kindness and energy: you have created the most wonderful community, and we felt so lucky to be a part of it.

In order for Help Refugees to carry on the work we do, we rely on incredible community fundraisers like this. We hope that Billie and Lara’s amazing efforts have inspired you to hold your own event – if so, please do get in contact with us here: communityfundraising@helprefugees.org. 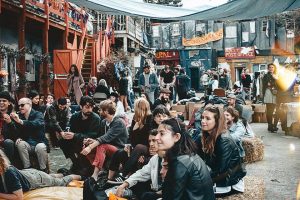 All photographs by the INCREDIBLE Tiffany Roubert Photography.

Your ticket for the: Lara & Billie’s fantastic fundraising for refugees