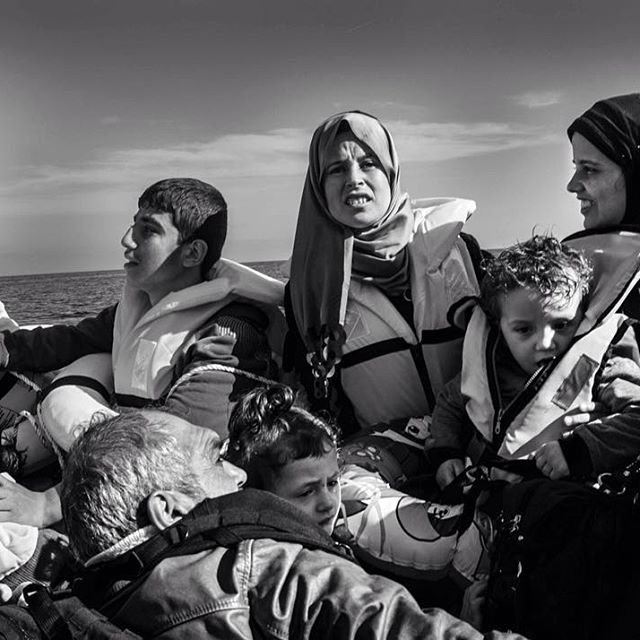 The EU – Turkey deal one year on…

The reality for refugees since the EU and Turkey deal was implemented a year ago is a state of limbo.

In order to stem the migration of refugees from Turkey to Europe this plan called for refugees who arrive on Greek shores to be instantly detained and made to apply for asylum. However, asylum claims are rarely accepted and those denied were to be sent back to Turkey. In exchange, EU Member States promised to increase the resettlement of Syrian refugees hosted by Turkey, an increase of financial support and a loosening of visa restrictions for Turkish nationals.

So far, just over 1000 people have been made to return to Turkey, despite the conditions being far from adequate. It is estimated by UNHCR just 40% of children are in education after settling in Turkey and refugees are slipping further and further into poverty.

However, the alternative is equally desolate. The deal, along with the closing of the Balkan last March, has left around 62,000 refugees stranded in Greece. So they are left in limbo on Greek islands, in inhumane conditions, which many have called “open-air prisons”.

The resulting affect on refugees’ mental health is dreadful and some people are resorting to self-harm and suicide. On one island, Samos, in January alone there were 12 attempted suicides and 6 cases of self-harm.

Detention centres are essentially prisons with another name, if the EU and Turkey deal falls apart, as Turkey has threatened in the last week, the influx of refugees to Greek islands will be unmanageable. On Lesbos alone, there are nearly 5,000 people in a camp built to hold just 3500.

One year on the situation for these refugees has not improved. The inefficiency of the EU and other large INGO’s has meant that your donations have kept people alive in detention centres on the islands and in camps on the mainland.

It is unlikely this situation will change any time soon and we rely solely on your donations to ensure we can continue to provide a lifeline for refugees. Help us today by clicking the donate button top right.

Your ticket for the: The EU – Turkey deal one year on…

The EU – Turkey deal one year on…