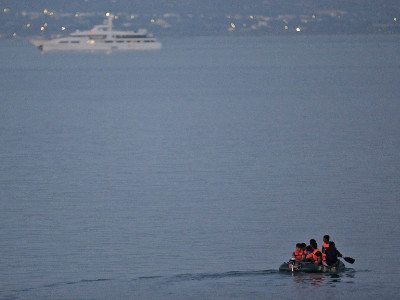 Three years ago this week, the EU-Turkey deal was decided. It has since shaped the European response to the refugee crisis. But what is it, and why does it matter?

What is the EU-Turkey Deal?

Agreed in March 2016, the EU-Turkey deal is a statement of cooperation between European states and the Turkish government. It seeks to control the crossing of refugees and migrants from Turkey to the Greek islands, and was initially intended to curb the large numbers of refugees arriving in Europe – or losing their lives on the way – in 2015.

The crux of the deal was that every person arriving irregularly (i.e. by boat, without official permission or passage) to the Greek islands – including asylum-seekers – would be returned to Turkey. In exchange, EU Member States would take one Syrian refugee from Turkey for every Syrian returned from the islands.

It was based on the “untrue, but willfully ignored, premise that Turkey is a safe country for refugees and asylum-seekers.”

Why did the EU propose the deal?

In 2015, almost 1 million refugees and irregular migrants arrived in Europe. Headlines were dominated by tragic mass drownings in the Aegean, or footage of crowds moving through different countries – often in the hope of reaching Northern Europe, and particularly Germany. The political establishment convulsed: Kenneth Roth, the Executive Director of Human Rights Watch, wrote that leaders across Europe were perceiving a crisis of epic proportions. However, as he said, this was in fact a crisis “of politics, not capacity”. His words proved not only insightful, but prophetic.

By early 2016, borders were closing across Europe. Far-right parties were on the rise in Hungary, Poland, Austria, France and more. Newcomers were increasingly framed as a threat to Europe, both cultural and in terms of resources. People continued to lose their lives on the treacherous stretch of water that separated Turkey from Europe, and the Greek government – and its resources – were placed under mounting strain.

As the number of refugee and migrant arrivals continued to rise, and the political climate further deteriorated, European states began to put greater pressure on Turkey to control departures from its coastal cities. A number of European states – spearheaded by Germany, previously seen as the most welcoming country for refugees – began to negotiate a migration control deal with Turkey, which culminated with the EU-Turkey Deal.

For European states, the deal had clear benefits: it externalized their borders, and reduced the number of refugees who would arrive to their countries. However, it had deleterious effects for thousands of refugees – and, in practice, violated international law and norms of refugee protection. Since then, thousands of people have been abandoned in inappropriate and hostile living conditions across Europe, with little access to sufficient physical, psychological and legal support.

Why did the Turkish government agree to the deal?

Turkey was, at the time of the deal, hosting some 3 million refugees. The vast majority were from Syria (2.7 million), though there were also large numbers of Iraqis and Afghans in the country. The state’s resources were strained, and the government was unable to provide effective protection for refugees.

The EU-Turkey deal pledged €3 billion of European funds, from both institutions and individual states, to improve the humanitarian situation for Syrian refugees in Turkey – with more to follow. Last month, for example, an additional €3 billion was approved by the European Commission.

In addition, a number of political gestures were made towards the Turkish government. These included the revival of E.U. accession talks, visa-free travel for Turkish nationals to the EU, customs union reform and a Voluntary Humanitarian Admission Scheme that would provide for the resettlement of greater numbers of Syrians. However, all of these have been placed on hold due to the precarious political state of Turkey at present, and the distressing conditions in which many refugees and asylum seekers have now been living since 2013.

What does the deal mean for refugees in Greece?

Overnight, reception facilities and temporary camps on the Greek islands were transformed into detention centres. Refugees who had arrived before the 20th March 2016 were transferred to the islands, and subsequent arrivals were held on the islands indefinitely. Conditions, already poor, immediately deteriorated: the population of Moria camp in Lesvos has been well over capacity ever since, for example, with people forced to live in squalid and overcrowded conditions without access to proper sanitation facilities, medical care, or nutritious food. Most recently conditions in Samos have been worsening, with people finding themselves crammed in to a camp which is six times over capacity.

Amnesty International found that, following the deal, “the Greek Government introduced changes to its asylum procedures and asylum applications began to be rejected at first instance under a fast-track procedure… Many of them were rejected without assessment of their merits on the assumption that Turkey is a safe country for asylum-seekers and refugees.”

A number of legal battles ensued, as refugees fought against the idea that Turkey was a safe country for them to be sent to. Greek courts have often ruled in the favour of claimants, due to Turkey’s inability to provide effective protection and its repeated deportation of people to conflict zones including Syria, Iraq and Afghanistan. The attempted coup in 2016, and the subsequent enforced State of Emergency has placed migrants and asylum seekers at greater risk of refoulement. Despite all of this, the EU-Turkey deal remains in place. Thousands of people are still trapped on the Greek islands, in a state of legal limbo.

Médecins Sans Frontières’ medical teams on the Greek islands have released numerous reports and statements on the failure to identify and relocate vulnerable individuals, including survivors of sexual violence, and on the mental health emergency that has unfolded on the islands. In March 2018, the organisation said that “MSF’s mental health clinic on Lesbos is overwhelmed, responding to a high number of acute cases with immediate needs, others with PTSD, anxiety, trauma, and depression. Many inflict self-harm or have suicidal thoughts…After the consultations, staff can do nothing more than send these people back to the same tents, overcrowded containers and legal limbo that cause or compound their suffering.”

The EU-Turkey deal has eroded the rights of refugees and migrants on the Greek islands, prolonged their legal, physical and psychological insecurity, and used their suffering to deter others from making the crossing.

What does the deal mean for refugees in Turkey?

The – very – few displaced people in Turkey who are eligible for resettlement and the slow pace of transfers means that, for the vast majority of refugees in Turkey, the deal does little but hamper their options for forward movement.

Some 3.7 million refugees are struggling in Turkey including more than 80% of Syrians, who live below the poverty line. Turkey’s detention infrastructure is growing, and asylum seekers are facing long delays – of several months – in their applications for international protection.

By September 2017, only 5 percent of non-Syrians returned from Greece were able to apply for asylum in Turkey – and just two of them were granted refugee status. By January 2019, more than two-thirds of non-Syrians returned from Greece were deported to their countries of origin, which included fragile states and countries in conflict. One of biggest receivers of returnees has been Afghanistan, where 343,341 people have been displaced internally due to conflict over the last 12 months.

The truth is the same in 2019 as it was three years ago when the deal was struck: Turkey is not a safe country for refugees, and cannot assure the basic rights of those who are within its territory.

What does the deal mean for Europe?

The EU-Turkey deal has shaped and symbolized Europe’s response to the refugee crisis, both in practical terms and in principle.

First, it has resulted in a smaller number of arrivals to mainland Europe, but has placed a disproportionate burden on Greece – a country that was already under significant economic strain. It has turned the islands in to sites of indefinite containment: the Mayor of Lesvos has referred to the island as “Europe’s Guantanamo bay”. Some people have now been living in camps in Lesvos, Samos and Kos for as long as three years: those who have not been identified as objectively “vulnerable” are constantly overlooked in favour of those who are deemed most vulnerable and therefore eligible for priority transfer from the islands to the mainland. Even this transfer does guarantee better protection or support, though, and many of these “most vulnerable” people find that their situation on the mainland ends up being much the same as it was on the islands. These people are at risk of being targeted by smugglers, trafficking gangs and drug dealers, as well as by criminals posing as lawyers and landlords.

Second, the deal represents a departure from the international architecture that has hitherto been respected – at least nominally – by European states, and has demonstrated the continent’s willingness to flout international norms and law related to refugee protection.

“It has certainly stemmed the flow of migrants across the Aegean,” wrote Amnesty International, “but at considerable cost to Europe’s commitment to upholding the basic principles of refugee protection and the lives of the tens of thousands it has trapped on Greek islands.”

Where do we go from here?

The normalisation of the EU-Turkey deal poses a great risk to the future of refugee protection. It has, in essence, outsourced border control in exchange for cash and political gestures – and done so at great cost to refugees. It is highly important that we continue to monitor the situation in Greece and Turkey, particularly for refugees who are returned to the latter, and advocate for the immediate improvement of conditions – on the Greek islands in particular – and nullification of the deal.

For now, Help Refugees will continue to support those affected by the deal. To help us help them, please donate here. Thank you.

Your ticket for the: The EU-Turkey Deal: Explained