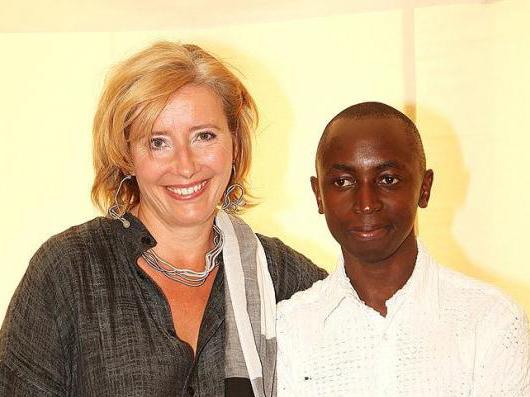 Our parliament are voting on Tuesday regarding the Dubs Ammendment.

With a provisional promise to bring 3000 unaccompanied minors to the UK under the scheme, it was announced earlier this year that the Government would only take 350 minors and those children would be in the UK by March. Afterwards, the scheme is to shut down completely.

We are devastated at the Governments lack of committmet to protecting child refugees. Our outrage has been shared by Emma Thompson who has penned a letter to our Members of Parliament. Which you can read in full below.

We urge you to join Emma in sending a letter to your MP. We have until Tuesday (7th March) to let MPs know that if we could make the decision, and not Amber Rudd, we would embrace these children with open arms.

You can write to your MP through PostBug, they have a template letter you can edit as you wish and PostBug will send it out for just £1. Or, if you would rather, you can email or tweet them directly.

I’m writing to you because of the government’s recent announcement that the Dubs amendment will take only 350 unaccompanied refugee children from Europe before closing.

This strikes me as a shockingly low number.

The United Kingdom has taken in many refugee children from outside Europe and we can and should be proud of that. In fact, fourteen years ago I met one of those children at the Refugee Council. He was a traumatised sixteen-year old Rwandan refugee who had seen untold suffering as a child soldier and who only needed help and support from a loving group of people to flourish into the extraordinary, empathic and talented member of our family he is today. I am certain there are many like him out there that we can help to become part of other family or community groups where they could grow into active and fulfilled citizens with much to offer.

The Alf Dubs amendment was designed to assist an especially desperate aspect of the refugee crisis: the plight of unaccompanied refugee children alone in Europe. Some 30,000 arrived into Greece and Italy last year and many now currently reside in tents and ramshackle accommodation. Hundreds of teenagers, some as young as 13, are now attempting to survive outdoors in the freezing snows of Northern France. Since the eviction of the Calais camp, they are still trying to reach the UK, putting their lives in the hands of people smugglers, climbing into refrigerated lorries – because without safe and legal routes, they feel that this is their only option. This makes them vulnerable to the worst kind of predation. It’s difficult to sleep at night when one considers what we are resolutely refusing to do to help them.

Amber Rudd has stated that the Dubs amendment acted as a “pull” to Calais for more unaccompanied refugee children, and that this played into the hands of people smugglers.

There is no reliable evidence for the claim that the Dubs scheme encourages other children to make unsafe journeys – in fact the opposite is true. No parent would part with their teenage child and no child would fling themselves into the dangerous unknown for anything but the most severe reasons of survival. They deserve our help and above all, our compassion. How can we turn our backs on them simply because of the largely unsubstantiated fear that others might come?

On Tuesday March 7th, an amendment to the Children’s Bill will be put forward for your consideration in parliament. This amendment will ask that local authorities identify their capacity to resettle unaccompanied refugee children and to report this to the Secretary of State annually. I ask that you please consider this amendment to be in the best interests of the potentially hundreds if not thousands of unaccompanied refugee children in France, Greece and Italy who could still be provided with safeguarding and welfare in the UK, and to vote for it. Members of Parliament, you are in the position to save many more than 350 of these children and to put them on a road to a brighter future.

If I may end on a personal note – they are very likely to lead their helpers into an equally bright future – for our family have experienced nothing but joy and reaped the deepest possible rewards from witnessing the development and happiness of the refugee who became our brave and kind son. Those we choose to help often end up helping us in ways we cannot imagine.

Join us and stand for those who have been denied a voice. All children deserve a safe and bright future. Help us give that to them and call for #dubsnow

Your ticket for the: Emma Thompson urges the Government to accept child refugees in a personal letter