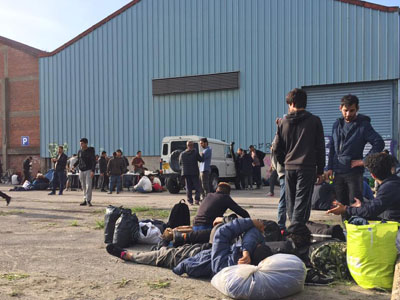 Over 400 people, including 60 families and nearly 100 children, were taken onto buses destined for accommodation.

By midnight last night, two buses had returned to Grande-Synthe due to lack of space in the accommodation centres. People were left on the streets to fend for themselves. One person on the bus reported to aid workers that they had been driven around for eight hours with no access to food and water before being told to get off the bus.

We welcome attempts to get displaced people housed in appropriate accommodation, but we denounce the lack of information given to people during this process.

Further reports from the field state that approximately 100 people had desired access to accommodation but were turned away, with one testimony detailing “they break everything, they crush everything and they say to the people ‘go’ – but where do we go? ‘Anywhere else. Just don’t stay in the jungle.’”

Due to the police perimeter surrounding the recently evicted camp, ex-inhabitants had no access to water for the entire day. Throughout the night and day, more families continued to arrive back in Grande-Synthe. One family had a 10-month year old baby with severe asthma. Thanks to quick reactions from Gynécologie sans Frontières the child was receiving medical treatment and hopefully will be accommodated appropriately soon.

Another family was taken to emergency accommodation by Refugee Women’s Centre, who negotiated with the authorities to take the entire family and not abandon the father to sleep rough on the streets. Those in charge of emergency accommodation stated that they would not be willing to take in any more of the Kurdish community due to the large number of homeless Kurdish people in Grande-Synthe. This left people, evicted from their tents earlier in the day, homeless and without shelter – simply because of their race. 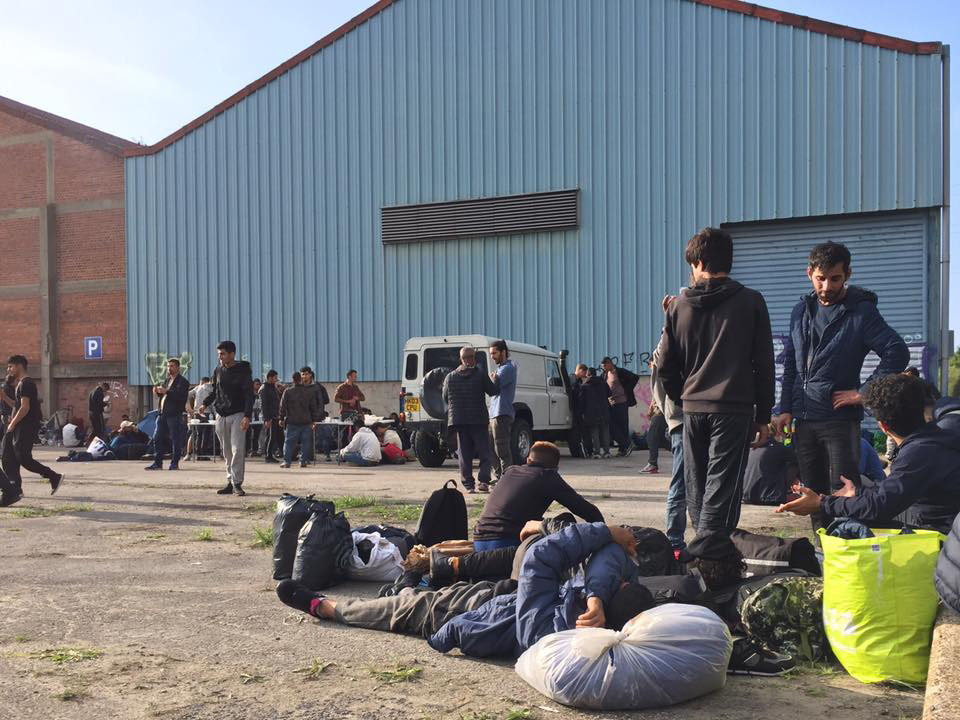 At the emergency distribution point, hundreds of people arrived to access their first meal of the day. Food was distributed successfully by Refugee Community Kitchen and Mobile Refugee Support provided phone charging and WiFi, a much needed lifeline for people to be able to contact family and their support network.

When aid workers on the ground finally packed up and left after a hectic 10 hours they left up to 300 people huddled outside of an abandoned warehouse.

Some people had blankets. Some people just had the clothes on their back, but everyone had the same thought running through their mind: “what do we do now?”

Grassroots groups are continuing to response to the crisis. We support Refugee Info Bus, Refugee Community Kitchen and Refugee Women’s Centre, please help us continue to support their work here.

All the pictures above were taken by Mobile Refugee Support. They are on-the-ground everyday doing incredible work to help refugees in Dunkirk, and desperately need your support. Please support their work here.

You can also organise collections at home, and start getting involved in the response here.

Your ticket for the: Evictions in Dunkirk leave hundreds without shelter