Dubs delays: lone children in Greece left waiting for more than a year 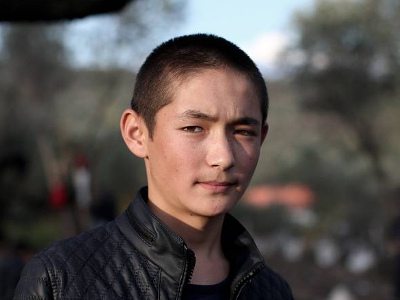 It is 16 months since parliament approved the Dubs Amendment, and 12 months since a group of up to 60 unaccompanied child refugees were identified as provisionally eligible for resettlement from Greece to the UK. Yet they have heard nothing of their cases since, and are instead left in limbo.

In February this year, the Home Office announced that it would cap the number of unaccompanied minors brought in under the scheme at 350 – less than one child per constituency. Following pressure and campaigns led by Help Refugees, this number was raised to 480. Yet less than half of those places have been filled, and not a single child has been brought to the UK under the Amendment this year.

There are currently more than 2,400 unaccompanied minors living in Greece, of which less than half are in official shelters. The rest are homeless or reside in informal camps. In each instance, living conditions are inadequate and basic rights denied. Life, for these children, is on hold.

Many of the aforementioned children who were pre-approved for resettlement have since gone missing. The government-appointed Independent Anti-Slavery Commissioner has said that closing off legal routes to sanctuary pushes vulnerable children into the hands of smugglers and traffickers.

Help Refugees (with the support of Leigh Day Law) has taken the Home Office to court to challenge their management of the Amendment. The case focuses on three clusters of issues that have left unaccompanied children in conditions of avoidable insecurity: first, the flawed consultation that led to the pronouncement of 480 places; second, the Home Office’s consistent foot-dragging; and third, the lack of procedural safeguards for children who are deemed ineligible.

As we wait for the result of the judicial review, our friend Lord Alf Dubs will travel to Greece and meet many of the eligible children waiting for resettlement under the scheme. Now is the time to add your voice to our calls: those sixty children in Greece, and unaccompanied children across Europe, have the right to a safe home and the opportunity to begin their lives again. Failing that, they deserve – at the very least – to know what their future holds. Write to your MP using the template below, or tweet Home Secretary Amber Rudd and demand action on #DubsNow.

Whatever happens, we will keep working to support displaced children across Europe and beyond. To support our work, please donate here.

Your ticket for the: Dubs delays: lone children in Greece left waiting for more than a year

Dubs delays: lone children in Greece left waiting for more than a year