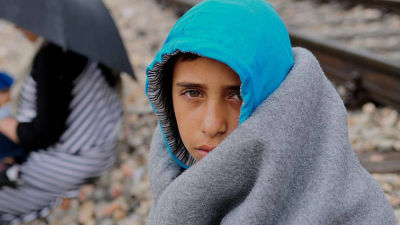 The Court of Appeal has ruled today (3 October 2018) that the government acted unlawfully in not giving reasons to children refused entry to Britain under the Dubs Amendment.

The judgement is the result of a two-year-long legal action taken by charity Help Refugees, represented by Leigh Day, to ensure that children considered for transfer under the Dubs scheme are treated fairly.

Lord Alf Dubs, who had originally put forward the amendment to the Immigration Act, said after the ruling: “For two years, we have fought tooth and nail for the rights of these vulnerable children. Today, I’m relieved to say that it was worth it.

“Every unaccompanied child we have turned away deserves an explanation and a chance to appeal the decision, and we’re delighted to courts have agreed with us on that.

“The decision gives some hope to thousands of vulnerable child refugees in Europe.”

Help Refugees argued that children being considered for relocation had been denied fundamental procedural safeguards. Children were given no written decisions and no detailed reasons for the grounds of their refusal. As a result, there was no review mechanism by which children could challenge decisions they believed were wrong.

With “patently inadequate” reasons for refusals, accessing the courts of England and Wales was made effectively impossible for lone refugee children.

At an earlier stage in court proceedings, the Home Office argued that it could not give each child reasons for their refusal because this would take too long. But evidence emerged in the Court of Appeal that the Home Office had, in fact, internally decided not to convey fuller reasons for fear that children refused would bring legal challenges.

Help Refugees also argued that the government’s consultation with local authorities concerning the number of spaces available for children was wholly inadequate. The Court of Appeal dismissed this part of the claim, upholding the lawfulness of the consultation. This means the number of children eligible for the Dubs scheme will remain capped at 480.

“Today’s judgement rightly forces the government to recognise that every child must be given reasons for refusal under the Dubs scheme. For two years, vulnerable children have been rejected without any explanation. Children who received these decisions are now missing; for them it is too late. These spaces, that still remain unfilled, could have saved their lives. Instead, children have been left in mental anguish, at risk of exploitation and abuse.

“We’re saddened that there will be no further consultation, but remain committed to hold the government to account to ensure all 480 spaces are filled. Winter is fast approaching and we have a responsibility to keep these children safe.”

You can join Help Refugees in calling for #DubsNow by writing to your MP with this template letter.

Rosa Curling, solicitor from Leigh Day, added: “We are pleased that the Court of Appeal has ruled that unaccompanied refugee children must given reasons if refused transfer to the UK under the Dubs Amendment.  These are potentially life-altering decisions for a particularly vulnerable group of children. It is essential that children know why they are refused and have the possibility effectively to challenge decisions they believe to be unlawful.”

Under section 67 of the Immigration Act 2016, otherwise known as the Dubs Amendment, the Home Office was required, as soon as possible after the passing of the Immigration Act 2016, to make arrangements to relocate to the UK and support a “specified number” of unaccompanied refugee children from other countries in Europe. That number was to be determined in consultation with local authorities.

The initial number was set at 350, but following investigations by Help Refugees’ legal team, the Home Office was compelled to admit that 130 places had been overlooked and the “specified number”  was accordingly increased to 480.

The Help Refugees litigation also compelled the Home Office to consent to a declaration that the “specified number” of children to be transferred under the Dubs Amendment was exclusive of any children transferred under the UK’s pre-existing EU law obligations (the Dublin III Regulation). The Home Office had initially sought to argue that it could meet its obligations under the Dubs Amendment principally by transferring children to the UK, which it was already required to transfer by the Dublin III Regulation. Transfers of children under the Dublin Amendment itself began only after Help Refugees brought its legal challenge.

This could be the third winter that many Dubs children spend living on the streets and in the refugee camps in Greece, France and Italy. Together, we can make sure that the government fills all 480 Dubs spaces by the end of the year. Write to your MP using our template today, and call for #DubsNow.

Your ticket for the: Government broke the law by not giving reasons for Dubs children rejections, court finds