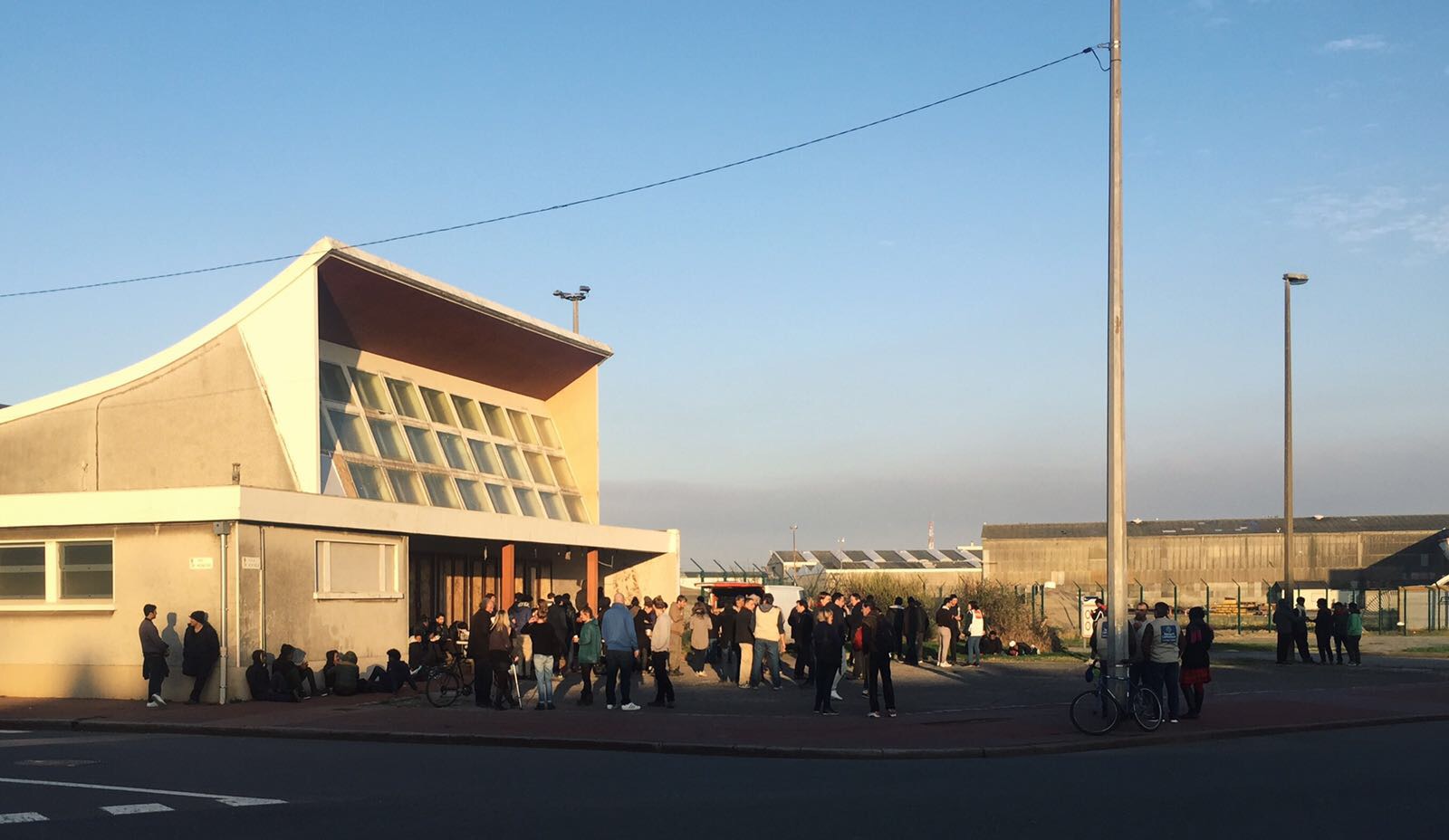 Despite being banned from distributing food in certain areas of Calais, we are still providing this most basic of needs

Since Monday teams in Calais have been distributing food from static points in the town, by daylight, for the first time since the camp closed in November. The Mayor of Calais has banned distribution in a large area surrounding the former ‘Jungle’ site and in the Place d’Armes, in the centre of town.

Distributions have been carried out in two locations outside of this area. Refugee Community Kitchen has served on average 200 meals per day. On Tuesday about 200 meals were distributed from the static point. There was a good atmosphere but when the refugees left and walked down the street police officers checked the papers of 4 people. Two were arrested. Then Tuesday evening, after a distribution of fresh bedding and clothes, there were a further 8 arrests, where police reportedly picked people up while they were trying on items of clothing, at the edges of the group. Teams report that most of those arrested have been minors. On Wednesday the police were waiting for teams at the distribution point so they carried the distribution out in another location. The police officers didn’t follow them and about 120 hot nutritious meals were distributed. When the refugees finished their food, 4 riot police vans arrived, moving slowly enough to allow time for the refugees to go move. Unfortunately 2 of them could not move quickly enough, as they were injured.

Today the distribution will take place as usual. The team will choose the location at the last minute, based on the level of police present. In the meantime there is a hearing today, in Lille, regarding the appeal that Help Refugees and 7 other associations have launched against the Mayor’s recent actions which have been designed to make it difficult for associations to provide vital support to refugees living in Calais. The vast majority of those sleeping in forest, fields and other locations in and around Calais are unaccompanied minors. Utopia 56, supported by volunteers from Auberge des Migrants and Help Refugees, continue to carry out nightly outreach distributing essential aid.

The most urgent needs are sleeping bags, small and medium sized jackets, men’s gloves, small joggers, fully functioning unlocked phones suitable for French SIM cards and small and medium sized hoodies. Please email calaisdonations@gmail.com if you’d like to host a collection and bring these items out to our Calais warehouse.

Your ticket for the: Despite being banned from distributing food in certain areas of Calais, we are still providing this most basic of needs

Despite being banned from distributing food in certain areas of Calais, we are still providing this most basic of needs