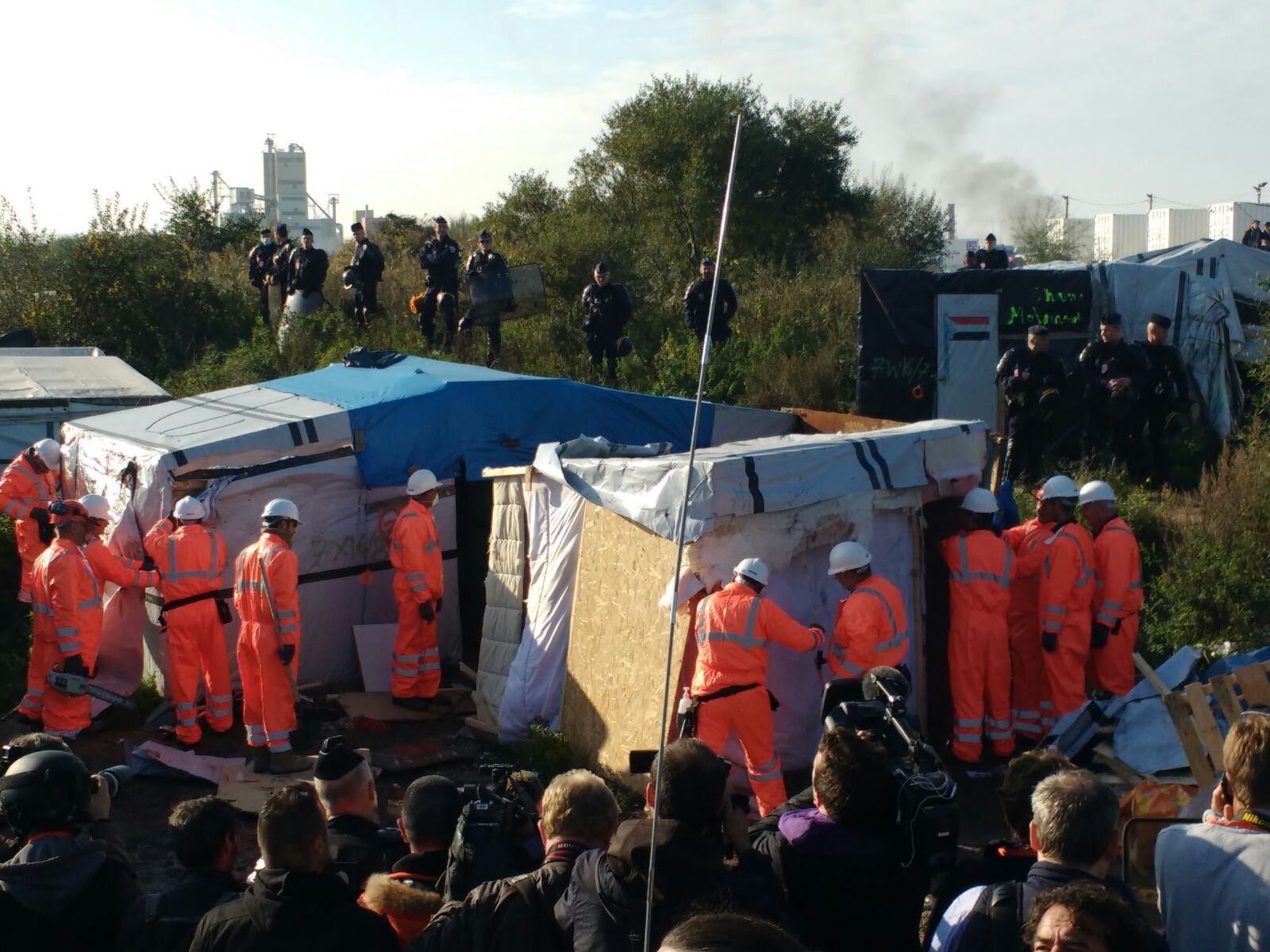 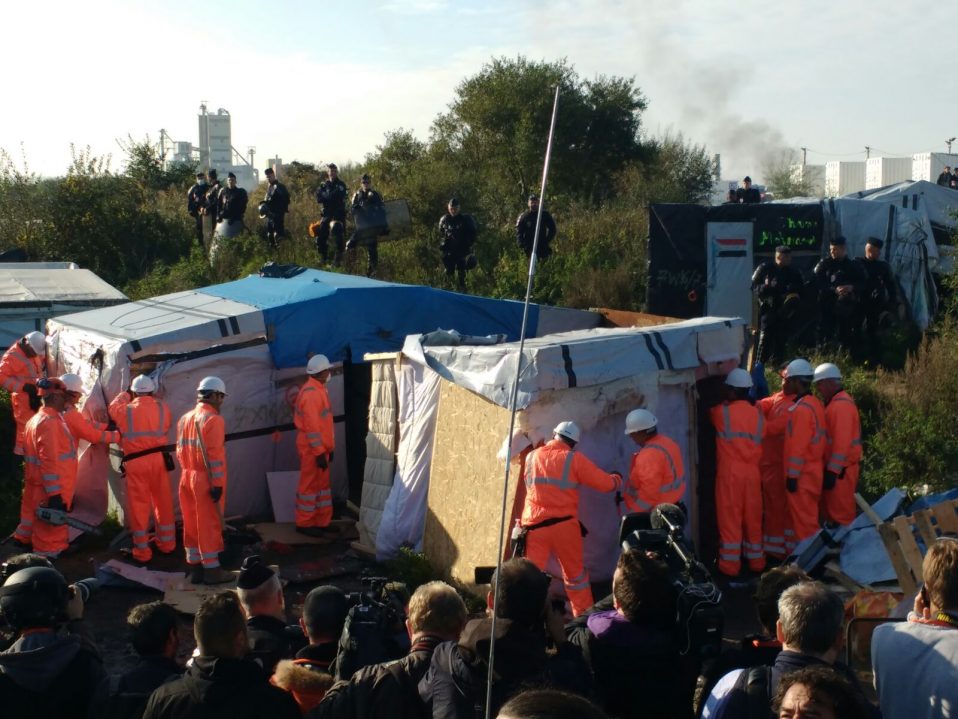 The children in camp

– Some of the unaccompanied minors under the age of 13 have now been brought to the UK, but there are still a huge number of children there.

– Registration of children was stopped earlier this afternoon. We have heard reports that the French authorities were doing cursory age checks on minors to determine whether or not they would be brought to specified accommodation.

– Our incredible volunteers have just distributed over 100 emergency sleeping bags to unaccompanied children still sleeping in the camp tonight, many of whose shelters have been destroyed today. 40 children will sleep in the makeshift mosque in camp tonight.

– Registration of adults was also stopped at 2pm, and will commence again tomorrow morning.

– Women in the camp protested about their treatment peacefully.

– The demolition of the camp began, though on a small scale. The chief of CRS has assured volunteers that they are seeking to carry out the demolition without violence.

– The CRS had a large presence and brought in a water cannon, but there were no major conflicts. On the whole, the eviction has so far been calm.

Once again, tonight, minors will be sleeping alone in the cold and the wet of the camp. The teams on the ground are continuing to do incredible work, distributing hot food and supplies, information and support.

Thank you to Refugee Info Bus for their continual updates.

Your ticket for the: CALAIS EVICTION UPDATE – SECOND DAY