Asylum seekers at risk of abuse and violence in state-provided housing, report finds 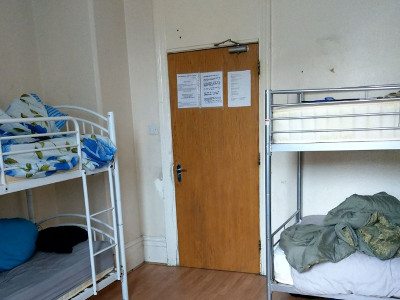 Asylum seekers in the UK are being placed in inadequate housing and are at risk of abuse and violence, a new report from Refugee Rights Europe has found. Their survey joins numerous expositions and statements, from leading NGOs to the Home Affairs Select Committee, that criticize the “disgraceful”, “rat-infested”, “squalid” and “unsafe” accommodation provisions.

Refugee Rights Europe (RRE), a human rights organization, conducted 33 in-depth interviews with asylum seekers living inside a north London Home Office asylum accommodation centre. It found that more than two-thirds of interviewees felt “unsafe” or “very unsafe” there. One 17-year-old said: “I feel scared sometimes. I don’t like this hostel, it is very bad.”

The Home Office contracts to provide housing for dispersed asylum seekers were awarded in 2012 to three providers: G4S, Serco and Clearsprings Ready Homes. Each company has faced significant criticism related to the conditions of accommodation and services that they provide, including prolonged delays in responding

A key concern shared by RRE interviewees was the fact that non-residents would come into the buildings at night. While the vast majority (97%) of respondents to RRE’s survey said that their door had a functioning lock, previous reports have found that vulnerable asylum seekers – including women who had been trafficked – had been put in housing with internal and external doors that did not lock securely. 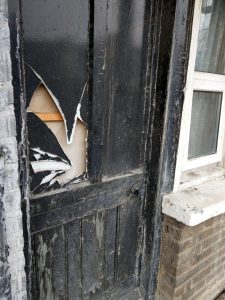 The presence of non-residents was not only an indication of insecurity, but also a source of violence, trauma and fear. Many asylum seekers have experienced conflict or violent persecution: they are a vulnerable group, deserving of safe and secure housing. Yet more than a fifth of interviewees had experienced physical violence from either a resident or non-resident. Others had experienced frightening or traumatic events: the report said that, “on one occasion, someone who appeared to be a drug-user entered [the accommodation] and attempted to commit suicide in one of the kitchens. ‘He didn’t even live here. Blood was on the wall, the floor, everywhere; I was scared,’ said one of the youths [RRE] interviewed.”

The report found a general sense of overcrowding in the accommodation. All but two respondents shared bedrooms with at least one other person, with almost half of the respondents sharing with two or more people – often strangers. One young respondent said “he was sharing a small room measuring approximately ten square meters with one other, leaving little space for personal belongings.” 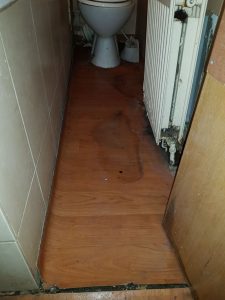 Many respondents complained of mould and damp in their housing, which irritated allergies and medical conditions. Photo: Refugee Rights Europe

Perhaps most shocking was the duration of time that residents had been forced to live in such inadequate accommodation. The average length of stay was 11.6 months, and more than a fifth had lived there for two years or more. Half the residents said that they did not feel comfortable speaking to anyone about the problems they had encountered: the report said that “for some, this hesitance was rooted in a fear of losing their accommodation…For most respondents, however, the main reluctance appears to have been caused by the fact that their previous attempts to report grievances had not had any positive outcome.”

It is more than a year since the Home Affairs Select Committee, chaired by Yvette Cooper MP, called for a systemic overhaul of the accommodation given to asylum seekers. Their findings – including mice, rat and cockroach infestations, cockroaches, damp, long stays in poor-quality housing, and inadequate response times for complaints – continue to be reported, and were all included in RRE’s survey.

The systemic neglect of asylum seekers that was seen then, continues to be identified now. RRE’s report is a shocking indictment of the government’s ongoing failure to protect vulnerable people, and the recommendations put forth – both by them, and previous reports – require urgent action.

Help Refugees supports asylum seekers living in the UK through the Meena Centre for women and children in Birmingham, and through occasional grants given to other projects. As ever, our work donates on the generosity of people like you: please, if you are able, donate here.

Your ticket for the: Asylum seekers at risk of abuse and violence in state-provided housing, report finds

Asylum seekers at risk of abuse and violence in state-provided housing, report finds