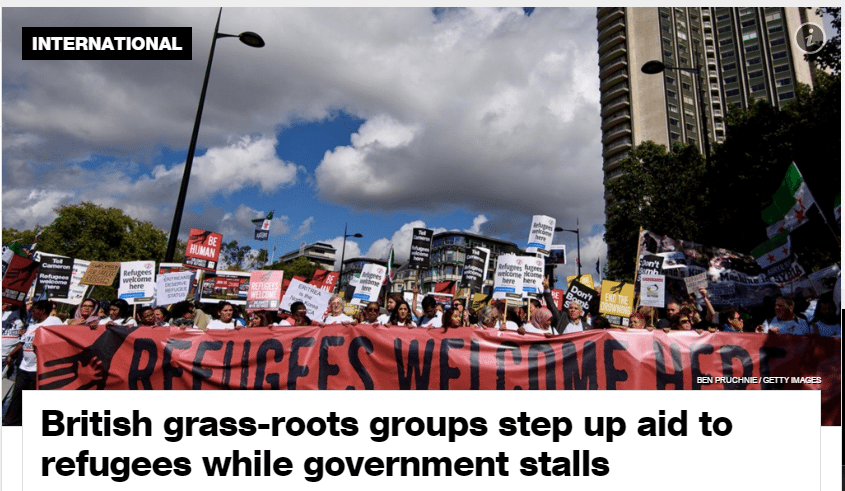 Michael Sheldon has been volunteering for a grass-roots relief organization in London, called Help Refugees, since he heard about them through social media last week.

“I was getting very frustrated with the government’s attitude [toward] refugees,” said Sheldon, a 59-year-old British actor, as he packed crates of donations, filled with food and shoes and clothes, in a storage facility in northern London.

Help Refugees was founded only three weeks ago, but it has already raised $87,000 in cash donations and filled 14 storage rooms with goods to be delivered all over Europe. It is one of a multitude of spontaneous movements that have sprung up as concerned Britons try to compensate for their more reluctant government.

Please click here to read more of this article

Your ticket for the: Al Jazeera – ‘British grass-roots groups step up aid to refugees while government stalls’