Afghanistan as a “safe country”: the fallacy behind deportations 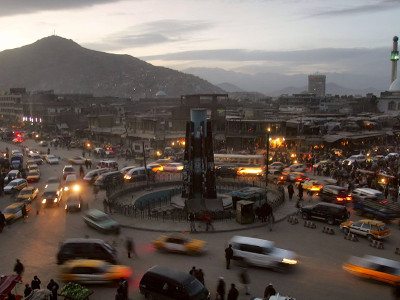 The ongoing and deadly attacks in Afghanistan – including three devastating attacks in Kabul, in the past week alone – demonstrate the bankruptcy of the European claim that it is a “safe country” for returns. The deteriorating security situation has been well documented, as has the government’s lack of capacity to support internally displaced people and returnees. Yet states – both in the region and in Europe – have closed their ears, and continued to deport asylum seekers to the fragile state.

The international principle of non-refoulement prohibits the return of anyone to a place where he or she fears threat to life or freedom, including persecution, torture or other ill-treatment. It is enshrined in international law, conventions and treaties related to refugees; the United Nations Convention and Protocol Relating to the Status of Refugees states that the principle “is so fundamental that no reservations or derogations may be made to it.”

In German Basic Law, it is described as a state “in which, on the basis of their laws, enforcement practices and general political conditions, it can be safely concluded that neither political persecution nor inhuman or degrading punishment or treatment exists.”

In a safe country, conditions exist whereby there should be no threat of rights violations, and an understanding that the legal framework in place – or the political situation at large – will likely be one that protects citizens from any such threats arising.

Why is Afghanistan not a safe country?

Since 2015, an upsurge of violence – by groups including the Taliban and the so-called Islamic State – has further destabilized the already fragile country. 2016 was the most deadly year for civilian casualties in Afghanistan, and in that year alone, approximately 653, 000 people were internally displaced by conflict and violence.

The first six months of 2017 then saw a 23% increase in women casualties, and a 9% increase in child deaths. UN Secretary General Antonio Gueterres said, in August 2017, that ‘Afghanistan is not in a post-conflict situation (…) but a country undergoing a conflict that shows few signs of abating.’ A report released today found that about 15 million people – half the population – are living in areas that are either controlled by the Taliban, or where the Taliban are openly present and regularly mount attacks.

Furthermore, the Norwegian Refugee Council recently noted that the conflict in Afghanistan takes place against ‘a backdrop of abject poverty and chronically low humanitarian and development indicators. Infant and maternal mortality rates are high and food insecurity and malnutrition are getting worse. Education attainment levels are low and decent livelihood opportunities are few and far between.’ Furthermore, ‘weak institutions, lacking remedial mechanisms and an absence of services in many areas are additional factors’ inhibiting citizens’ realization of their rights.

It is clear, therefore, that Afghanistan does not come close to meeting the definition of a safe country for returns.

While the security situation has deteriorated and civilian costs mounted, European states have promoted a narrative claiming that Afghanistan – or at least some areas within it – is safe enough for asylum seekers to be returned. As a consequence, the proportion of Afghan asylum seekers granted refugee status is decreasing, and returns have been framed as a solution to the growing numbers of arrivals to Europe.

This has been seen both domestically and internationally. In 2016, for example, Prime Minister Theresa May – then Home Secretary – won a case that overturned a blanket ban on deportations to Afghanistan. It was found that Kabul, the site of the aforementioned recent and deadly terror attacks, was safe for returns – whether or not the individual in question originally hailed from the city. As deportations began once more, the Foreign and Commonwealth Office’s Travel Advice continued to advise British citizens against ‘all’ or ‘all but essential’ travel to every province in the country.

At the European level, Afghanistan’s failure to meet the criteria as a ‘safe country’ meant that an alternative route for returns had to be identified. The European Asylum Support Office (EASO) began to identify ‘safe areas’ within the country, yet their method leaves much to be desired. Sayed Jalal Shajjan, a Kabul-based development practitioner, noted that “Kabul…considered to be one of the “safe areas,” has the highest number of civilian causalities. Herat and Mazar-e-Sharif are also listed, yet both have been targeted since EASO published its report.”

The Joint Way Forward: “neither joint, nor a way forward“

In October 2016, the European Union signed the Joint Way Forward with Afghanistan, a deal to facilitate larger returns to the country. According to a leaked memo, the EU suggested stripping Afghanistan of aid if it did not cooperate. Dimitris Christopoulos, President of the Worlwide Movement for Human Rights, described it as a ‘new low’ for Europe.

The dubious legality of this deal, and of returns in general, is an indictment of the European response to the so-called refugee crisis. The ramifications of returns will affect not only the lives of those deported, but the stability of the country as a whole.

Returnees to Afghanistan face significant challenges in realising their fundamental human rights: seven out of ten Afghans who return home are forced to flee again due to violence; many are not formally registered as refugees, and are therefore ineligible for UNHCR’s cash assistance; and development issues including food and water insecurity pose further threats to the fulfilment of basic needs. Over 2 million Afghans are now internally displaced, including many returnees, but Oxfam’s new report notes that there is ‘no clear government policy to cope with the corresponding humanitarian needs.’ It goes on to state that returns ‘will likely result in more displacement and fragility.’

There is a broad consensus among humanitarian groups, both in reports and practice, that affirms the dangers in Afghanistan. The nationwide insecurity has restricted many aid groups’ operations: the recent attack on Save the Children’s offices in Jalalabad, for example, prompted a temporary suspension of their activities in the country.

In light of the interlinked security and development challenges in Afghanistan, it is hard to comprehend why European states have ruled the country safe for returns. The devastating and arbitrary attacks in Kabul over the last week – which have killed over 130 people, and been alternately claimed by the Taliban and the so-called Islamic State – made headlines worldwide, and yet the policy remains unchanged. Until conditions are stable and sustainable, returns to Afghanistan must be halted and seen for what they are: a violation of international law.

Your ticket for the: Afghanistan as a “safe country”: the fallacy behind deportations

Afghanistan as a “safe country”: the fallacy behind deportations