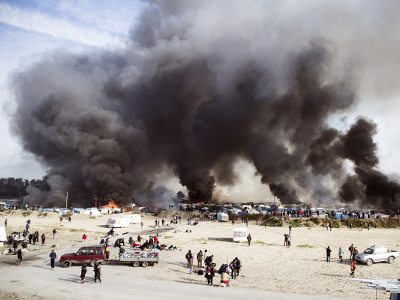 Help Refugees is pleased to hear that ZS – a vulnerable Afghan minor, who previously lived in the Calais “Jungle” – will have his case heard at the High Court today.

ZS is a particularly vulnerable child, considered by his support workers to be at high risk of exploitation. He has been diagnosed with post-traumatic stress disorder, and has attempted suicide three times. It is reported that his father assisted western interests: as a result he was abducted, and his son shot. ZS fled Afghanistan more than three years ago, and has been trying to reach the UK since then.

When the “Jungle” was demolished in October 2016, he – alongside hundreds of other children – applied for relocation to the UK under the Dubs Amendment. A month later, he and others were told that their applications had been refused. ZS was not given any written reasons for this life-defining decision.

ZS’ case, in which he is represented by Duncan Lewis Solicitors, has been brought separately from Help Refugees Ltd.’s litigation. However, they build on a common premise: that the Secretary of State, Amber Rudd, failed in her duties required by the Dubs Amendment.

From the failure to transfer a single child in the six months that followed the Dubs Amendment’s passage, to the fact that less than half of the Dubs places have been filled so far, the Secretary of State’s record on implementing the Amendment is shocking.

“ZS’ case is just one of hundreds of incidences in which the Secretary of State has failed vulnerable children, through her crude and inadequate implementation of the Dubs Amendment. The failure to offer a child any written explanation of a decision that affects the course of his life is unclear, unfair, and – by normal standards – unlawful.

In the context of the government’s ongoing failure to implement the Dubs Amendment, this is another shocking demonstration of the Home Office’s insensitivity to some of the most vulnerable children in Europe today.”

Furthermore, the crisis that is faced by lone refugee children is no less acute now than it was when the Amendment passed.

There are 100-150 homeless unaccompanied children in Calais and Grande Synthe, still facing unimaginable dangers. They have no shelter besides tents provided by NGOs, which are routinely confiscated by the police. They are sleeping in freezing temperatures, snow and rain. They are threatened by exploitative and violent smuggling gangs. And every night, vulnerable children attempt to cross the border while hidden on lorries – which has claimed the lives of 5 children over the past 2 years.

Over two-thirds of unaccompanied children in Greece (2, 158 out of a total 3, 090) are currently on the waiting list for shelter, yet there are only 1, 115 places – and all are currently filled. At least 27% of the waiting children are currently homeless, and are sleeping in squats or on the streets. They are at grave risk of exploitation, and youth workers in Athens have reported that children have entered in to sexual or labour relationships with adults in order to gain shelter.

In Italy, unaccompanied children often face a hostile first reception. Shelters are overburdened, workers often underprepared, and vulnerable minors face a long wait with little information. While efforts have been made to improve Italy’s child protection framework, the protection of unaccompanied minors is not yet assured.

Despite the lifting of the eligibility deadline for the Dubs Amendment, we have yet to see any signs of progress from the Home Office to take action and bring vulnerable children to safety. Foot-dragging and failure have characterised the Secretary of State’s response to the Dubs Amendment, and have left children out in the cold for yet another winter. On behalf of vulnerable children across Europe, and in the name of fairness, we hope that ZS’ case is successful.

Help Refugees supports vulnerable children across Europe and the Middle East, providing services from shelter to psychosocial support, child-friendly spaces to advocacy in the UK. To help us help them, please donate here. Thank you.

Your ticket for the: “Particularly vulnerable” Afghan child challenges Home Office on Dubs