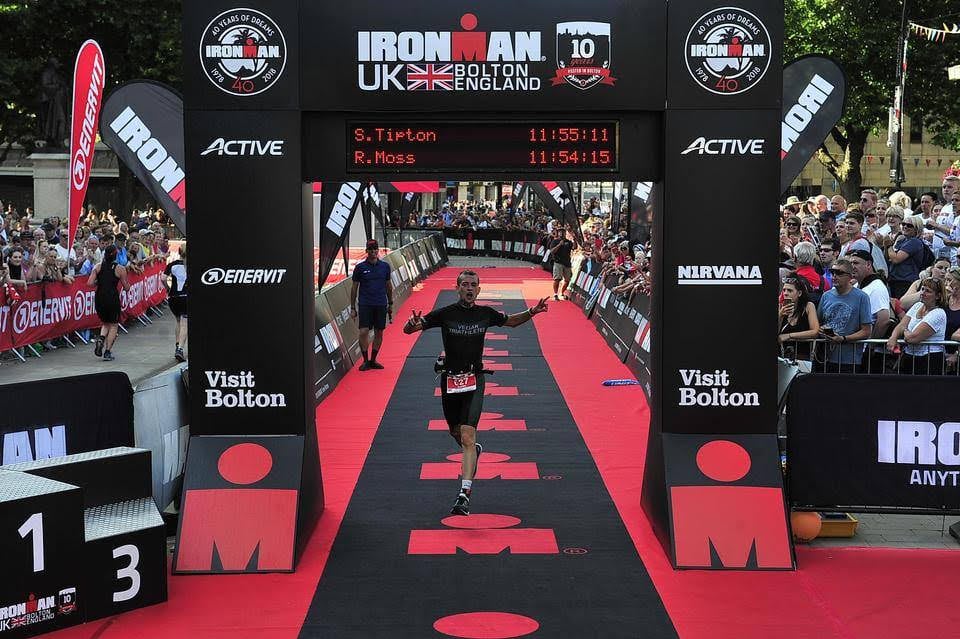 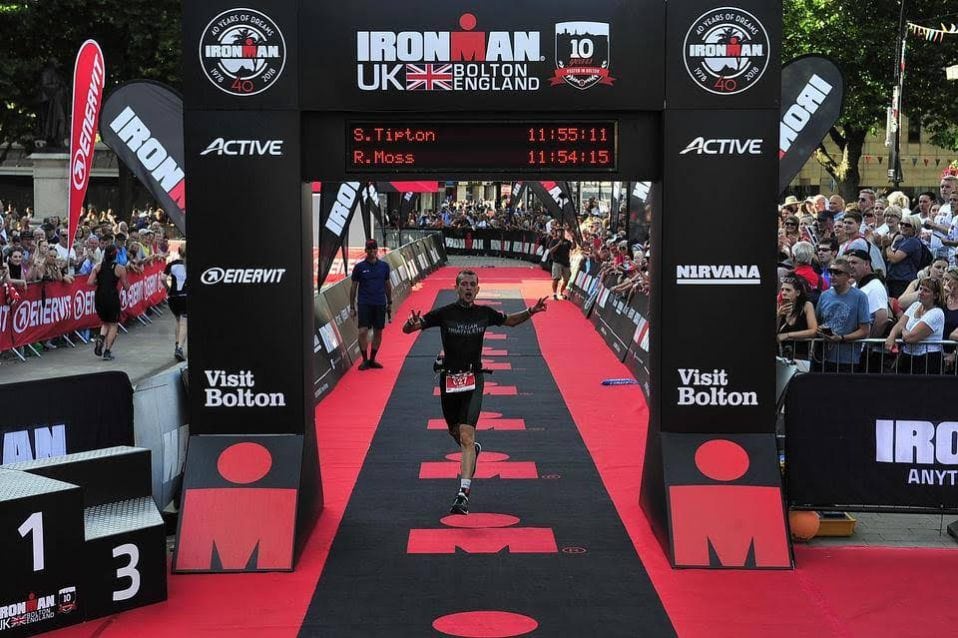 Last week Aaron Francis completed his first ever triathlon and generously donated all the money he raised to Help Refugees. The race consisted of a 2.4 mile swim, 112 mile bike ride and a 26.2 mile run, which he completed in the very impressive time of 11 hours, 46 minutes and 24 seconds!

Read on to hear about how it went and to find out how you can do something similar to support some of the world’s most vulnerable people. 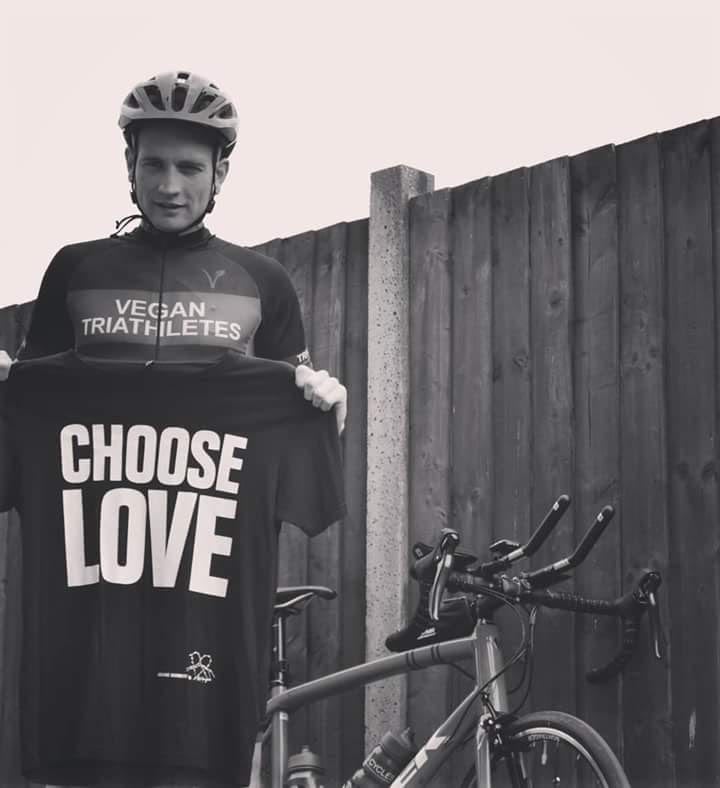 Why did you decide to fundraise for Help Refugees?
One of the main reasons I decided to raise money for Help Refugees was because of a documentary that I had watched on Netflix called ‘Cries of Syria’. I was always aware of the struggle people were going through and that they were fleeing from horrible situations. There was a part on the ‘Cries of Syria’ documentary that I remember, where kids were doing an after-school art class. They were putting their drawings up on the wall and showing their mums and dads; everyone was getting involved. During that class a bomb came down and killed the parents and kids… That really hit hard with me and was why I knew I had to choose Help Refugees. That documentary really gave me more of an insight as to what they were going through and how we could help!
​
When did the idea of doing an Ironman come into the picture?
Well originally, I did want to do an Ironman and was very inspired by other people and I was really starting to get into health and fitness.  I thought to myself, lets raise money for a charity that is close to my heart and smash a triathlon at the same time!

Was there anything that helped to keep you motivated and get up in the mornings when you were training?
Yea sure, a lot of the times especially when I was swimming, even on race day I had this same image in my head. When I would get in the water feeling fatigue and I didn’t want to be there because I just felt so tired from training and work all day.  I would picture those refugees, people fleeing on boats. Some of those people couldn’t even swim. One image that will always stick in my head is of this little kid wearing a life jacket with his head faced in the sand washed up onto shore. This little kid was probably only 5 or 6 years old and an innocent child. So keeping things like that in my head reminded me why I’m doing this. The fact that I’m lucky enough to get up and I can go to training and go to a facility where I can swim and move that way. When there are people out there that are fighting for their lives and basic human needs. My coach often gave me wise words about having gratitude and feeling thankful that we have the opportunities to do these things every day.

How did you go about raising the funds on top of a busy training schedule?
Firstly I started a Facebook fundraising page called Aaron’s Tri for Change. I did this so the ‘TRI’ represented triathlon but also trying to make a difference and change through the efforts that I was putting in. It was shared around by my friends and family and I think within a couple of days people started donating. A friend of mine, Lucy, also made me a spreadsheet with information about what I was doing. I was able to take it into work to get more sponsors. I also contacted my local newspaper and they were able to write a piece about what I was doing.

How much money were you able to raise?
So far it has been about £1,200! I do still have money to collect in so, hopefully fingers crossed, over £1,300 will have been raised for Help Refugees!

Are there any points in the race when you just wanted to give up?
It got hard when I was on the bike. Don’t get me wrong it was a good bike; but after the first loop of the bike course I started to get pain in my left knee. I had to quickly whip an Allen key out and adjust my seat just to try and help with the pain. I was still in pain and it got worse towards the end of the race! I’d also say the hardest part for me was the second from last loop of the Marathon. All day you are moving and your body is living off hydration powder, gels, oats and you just want a bit of proper food. You know that your body needs the nutrients and energy; but your stomach just doesn’t want anything anymore. There were points where it was very hard but there was no way I was going to stop! I promised myself that I wasn’t walking that run and I for sure wasn’t getting off the bike. I was going to keep moving throughout the whole entire thing! My coach Samantha also said the same thing: “it’s not about speeding up. It’s about not slowing down and whatever you do… don’t stop!” So I kept her voice in my head and the cause of why I’m doing this race. I also did this to prove to myself that I can get through anything in life no matter what. Whatever happens you CAN push through it! Those words really helped me at times when I was struggling.

What are your tips for people who would like to do their own fundraising challenge but can’t decide what to do or are too nervous about some aspects of it?
My advice would be to try and find many ways to put it out when fundraising. The internet is a brilliant platform. You’ve got Facebook where you can even have your fundraising page on and they don’t take any percentage of it!
Choose something that you feel would be impossible to do. Don’t stay in your comfort zone! Do something you can look back on and think “that’s crazy, I can’t believe I actually did that!”. I’ve always been athletic but I never thought I’d be able to conquer a full Ironman, especially with it being my first ever triathlon. When I signed up the charity was my drive. I had people counting on me and I wanted to prove to myself I can do this. You have to apply yourself.  If you’re nervous about something, put the work in. Most importantly be patient and be kind to yourself. Just do your best – that’s all you can do. If you raise £10 or £10,000 for a charity it doesn’t matter. £10 can go a long way in a country like Syria. Especially for people that don’t have a place to stay or access to food to eat.
The fact that I raised over £1,000 is going to make a big difference. It’s a great feeling knowing that I have been able to help.

I would just like to say a huge thanks to anyone and everyone that has supported me. Especially those close to me. My girlfriend, Sam and my mum, Karen. They got all the things that people don’t see. People see the pictures and the videos of me training and running over the finish line but these two are the ones that get the bad tempers, the frustration on bad days and the brunt of how I’m feeling because it’s such an intense training regime that you stick to and it really does take it out of you. The first few months I felt like someone had beaten me up! It took over my immune system, I think I was ill 3 times in the space of just a few months! They were there with me from start to finish so thank you! Everyone who helped sponsor me and raise awareness I couldn’t have raised the money without you and I appreciate every penny donated. Thanks to my coach Samantha for guiding me and of course thank you to the charity for everything you do! I’m grateful for you all!

Your ticket for the: Aaron’s challenge for Help Refugees