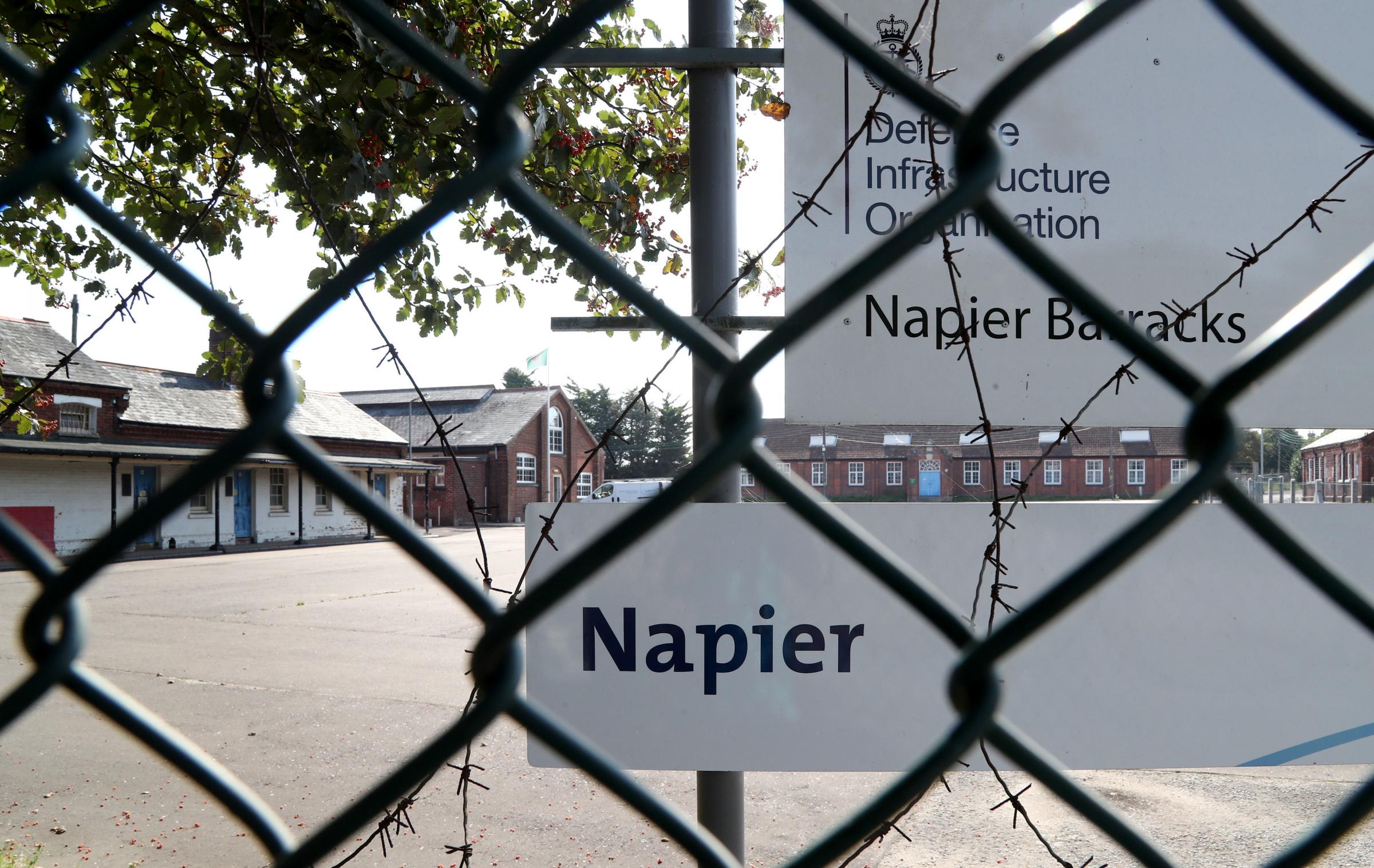 A message from a refugee stuck in the Napier Barracks 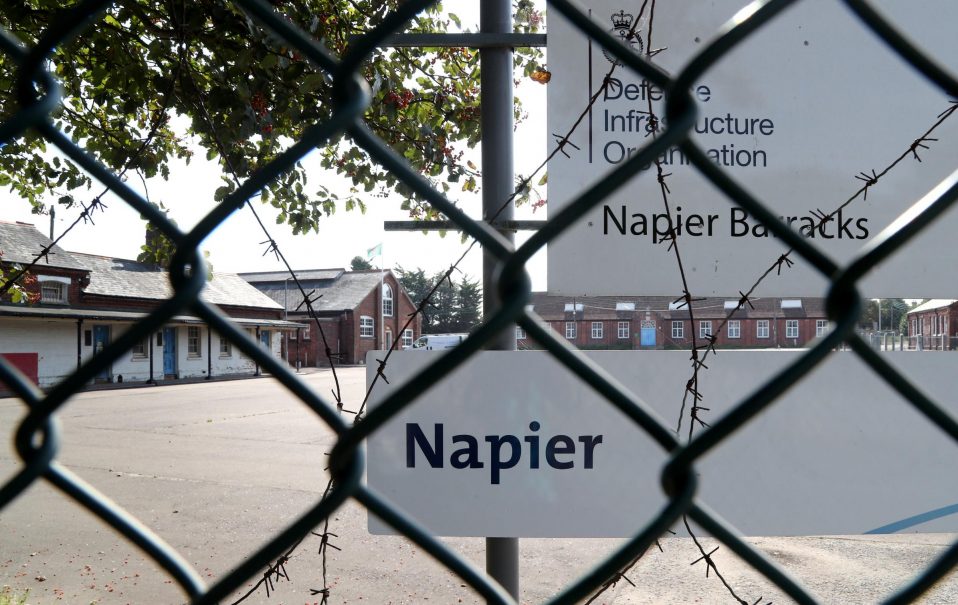 Nima fled his home in Iran looking for safety. After making the dangerous crossing to the UK, he was moved to Napier Barracks in Folkestone, Kent – an ex-military facility that is now a holding site for around 400 people who came seeking refuge in the UK. He dreams of studying politics at university, but instead his life, dreams and hopes are on hold. Nima sent us his story, with a request to share it. These are his words:

You know, recently I’ve encountered an internal conflict that I can’t get over or seem to resolve. I keep telling myself, Nima you should be happy. Nima you’re in England. Nima you have a chance. Nima you have friends here. Nima England is multicultural and you won’t stand out as a refugee. But no. Nima you’re in a camp. Nima you have to start the whole process again. Nima you don’t know if you’ll make it. Nima you may not get asylum. Nima Nima Nima. Who have you become?

I got to the UK on a Monday with my best friend. After all this time he has become my brother and one of the most important people in my life. We’re not together anymore, and it feels like I’ve been stripped of my own family for the second time.

“It was in London where I was given the freedom and opportunity to feel normal again. After all this time I felt like a human, no different from every other human”

When we arrived they called my name and said they’d send me somewhere. The only thing I asked for was for Omid to come with me. Dont leave me alone. Please. We made it this far, together. Why wouldn’t we continue together? It’s not my journey. It’s our journey. And doing it without him translates into emptiness. An emptiness that doesn’t fit inside me.

They moved me somewhere. Somewhere is the only word I can use. I have no idea where it was. I was in the middle of the unknown. I had no wifi, no phone, no Omid. I didn’t know what they’d do with me. After all they could do whatever they wanted to. No one would ever know. We’re just faceless people stepped on by those who have documents. I wanted to tell my family I am alive because they hadn’t heard from their son for more than 20 days. But I couldn’t. I knew that would make them suffer so much.

The only thing I remember doing on the first day I arrived was pushing doors. Pushing doors, harder and harder. But all of them were locked. Just like my future, my dreams and my hope. I wouldn’t leave that place. That would be the end of me. I couldn’t breathe anymore.

Eight days after they moved me to London and I could finally find happiness. It was the best time I’ve had since I’ve reached the UK. It was in London where I was given the freedom and opportunity to feel normal again. After all this time I felt like a human, no different from every other human. I asked strangers to help me find an address, and they helped me, politely, because I’m not just a refugee.

You know, I never realised I got trauma from my time on Samos. I built a life there. I created long-lasting meaningful relationships. I worked and I had a bed. But I soon understood that I never felt normal there. In London I kept telling myself, Nima you’re a refugee, why are people nice to you?! It doesn’t make sense. You’re someone they don’t like. Because for three years in Greece I thought I had no rights. Entrance to places and restaurants was forbidden for people like me. I was a refugee and I thought being a refugee means you’re not human and you can’t talk to strangers and strangers will certainly not want to talk to you.

I was only in London for two weeks and I already could start to find myself again. It only took two weeks to feel in the right place, gain direction and sense of life. I wanted to be helpful by helping homeless people, I found a charity that accepted me as a volunteer.

After my first day at the charity, I was moved to the camp in Folkestone. And here we go again. The spiral continues. I lost everything again.

When I arrived in the camp I saw someone being beaten up by racist people who started shouting at us, yelling that we should leave England and go back to where we came from. We’re not welcome. We’re unwanted. It seems people are repulsed by us.

There are around 400 people living here. We queue for food. We’re surrounded by fences. It’s a prison camp. It’s a trap. Some people self harm. Someone claimed he’d hang himself unless he was transferred soon. I had to translate his words and listen to his devastating story. It hurt me, I could understand his frustrations. He magnified my hopelessness.

I lost my self confidence and my hope. I started feeling I’m not human. I’m not worth a human life. I don’t know what will happen to me. Maybe I’ll be the one being beaten in public tomorrow.

So I decided to sleep for a week. I prayed that one day I’ll wake up from this nightmare in Iran with my parents, eating the food they always cook for me, smelling their smell. For a week I quit. I couldn’t think about university and all the plans I had. I couldn’t try one more time. I can’t accept failure anymore without resenting it and myself. I don’t want to hate myself even more, it’s enough and too heavy to deal with already.

If you’d like to be part of efforts to support the new residents of the Napier Barracks, follow the work of the brilliant local group Kent Refugee Action Network.

Your ticket for the: A message from a refugee stuck in the Napier Barracks

A message from a refugee stuck in the Napier Barracks