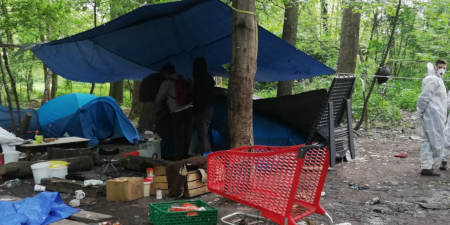 A new report by Help Refugees, L’Auberge des Migrants, Human Rights Observers and Refugee Info Bus reveals that there were at least 803 forced evictions of displaced people in Calais and Grande-Synthe, near Dunkirk, between 1 August 2018 and 1 June 2019, creating abject living conditions and forcing people to seek even more dangerous routes to reach the UK.

These evictions take place on a daily basis in Calais, in which displaced people are forced out of their living sites, subjected to police violence and, if they’re not present, the destruction of their belongings. They affect all displaced people in Calais, including unaccompanied children as young as 10 years old. The relentless and repetitive nature of the evictions appear to deliberately exhaust the communities. 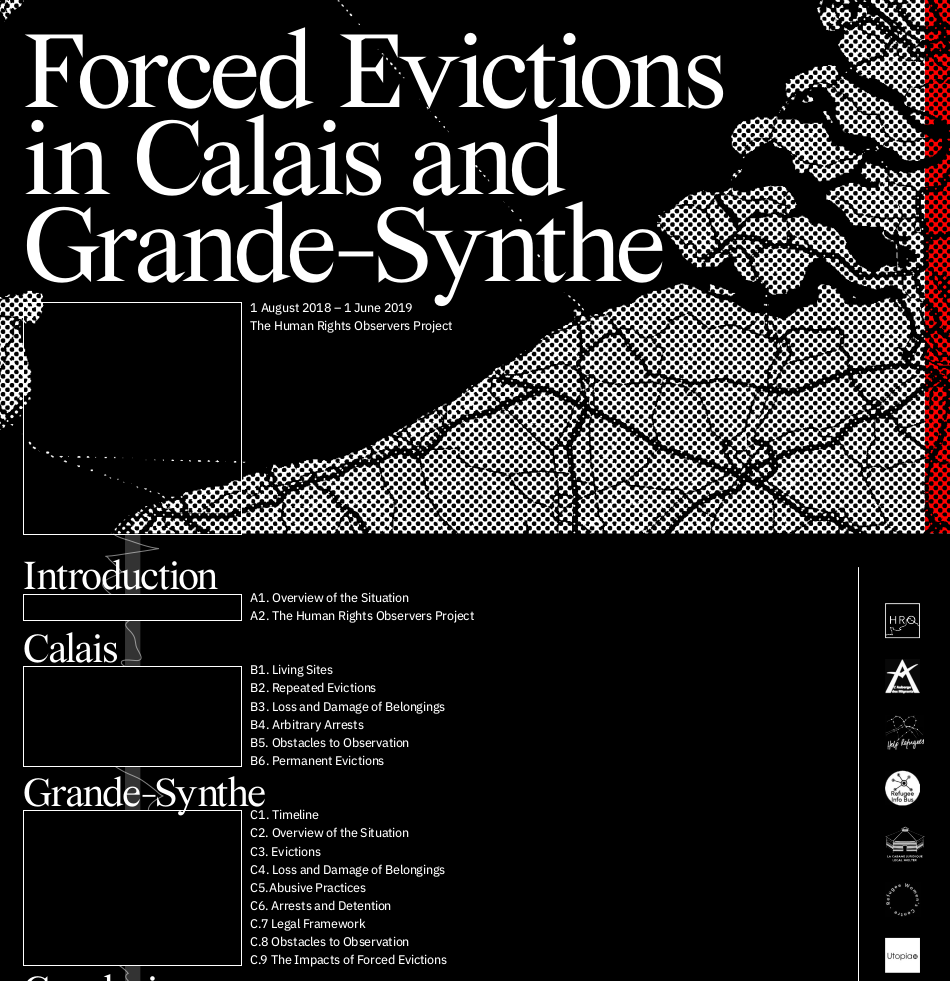 Forced evictions only serve to add to the accumulated trauma of refugees and migrants, creating further hostility rather than offer a dignified solution. This has led to a deterioration of both the physical and mental health of those affected.

This report proves the current policy focused on preventing any ‘fixation points’ of migrant communities to be a failure. Indeed, despite 803 evictions between August 2018 and June 2019, there are still over 1,000 displaced people present in the area, of which 255 are unaccompanied minors and 277 are people in family units.

Our collective of associations coming together to witness, analyse, document, report and denounce such human rights breaches shows that the abuses of our governments is not in the name of their citizens.

Hundreds of police officers conducting degrading, inhumane, expensive and wholly ineffective actions is not a solution to the migrant crisis at our border. The vast sums of British citizen’s money assured by the UK government for ‘securitisation’ of the border could be more effectively used to provide dignified accommodation, access to legal asylum channels, uniting children with their families and providing safe travel and homes for lost, missing and unaccompanied children currently forced to sleep out on the streets by a potent mix of our government’s choice of inaction and intentional hostility to refugees – people in need of our help.

Along with our partners, Help Refugees runs the largest aid operation in Northern France. If you would like to support our work, please consider donating today.

Your ticket for the: 803 evictions of refugees in Northern France since August: a new report