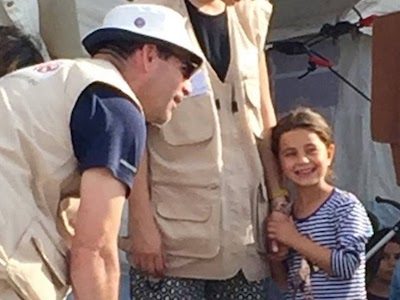 This blog was written by Paul Hutchings, co-Founder of our partners Refugee Support. Paul, like thousands of people in the Summer of 2015, saw the image of Alan Kurdi lying lifeless on a beach and decided to act.

In April 2016, I visited the Greek border town of Idomeni and thought I had walked into a war zone. The FYR Macedonian military were firing concussion grenades and tear gas into the thousands of refugees camped along the border.

I watched as people who had fled war and had made perilous journeys became furious at this treatment, saw people young and old gasping for breath, and ran with parents and their children. Europe, I thought, what have we become?

Two years later, on 30 April, I will be returning to Idomeni together with 18 fellow Refugee Support volunteers where we will begin our week-long trek to Skopje to re-trace some of the refugee route.

Because, although that dreadful border camp no longer exists, there are still just as many refugees trapped in Greece, surviving in poverty but living in limbo while Europe fails to give them all a second chance.

It was immediately after that visit to Idomeni two years ago that my good friend John Sloan and I created volunteer organisation Refugee Support Europe to support 800 of the 50,000 refugees trapped in Greece.

Since then and over the last 2 years, we’ve had 600 volunteers from 40 nations help many thousands of refugees on the seven refugee camps in Greece where we have worked.

My own journey actually started about 9 months before that in the summer of 2015. The image of 3 year old Alan Kurdi face down on the beach, symbolised both people’s desperation and Europe’s neglect. Like many people I was deeply affected and had to do something. Even now, it still upsets me to think about it. In September of that year I went to Calais and with John supported Care4Calais distributing aid in the Jungle.

But I was never very happy about how unfair or undignified those distributions were. And it was also no place for people to live.

So when John convinced the Greek Air Force Major running Alexandreia refugee camp to let him in to help, I jumped at the chance to join him. After my visit to Idomeni and seeing the harsh conditions at Alexandreia, I decided to give up my job for one year so I could dedicate myself full time to helping the 800 Syrian refugees there. 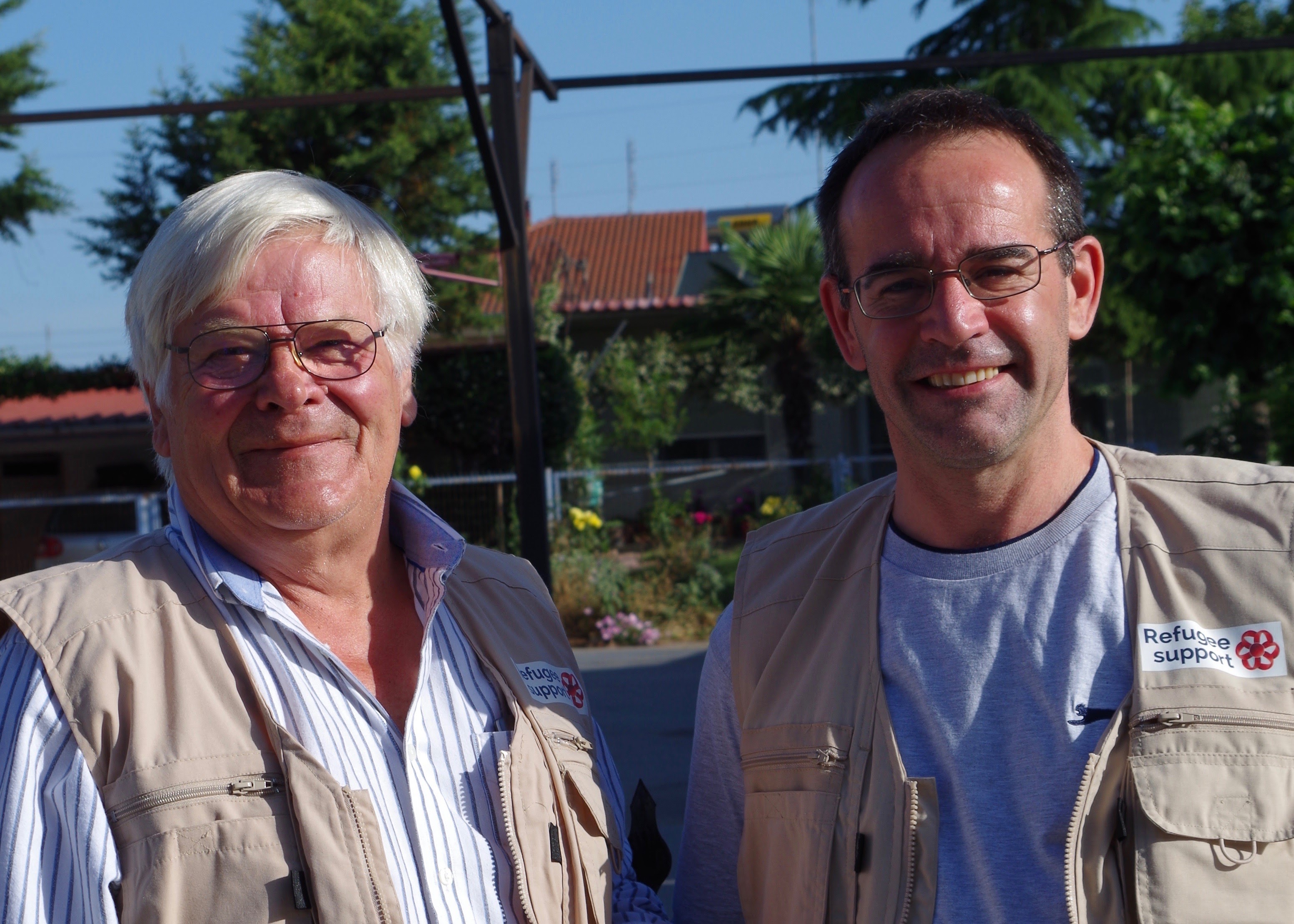 Paul and John out for a day’s work in Alexandreaia camp, Greece.

That was a huge turning point in my life. I had a research business, a mortgage in Brighton, competing in triathlon, a wife and four children. I knew I could survive without a salary for a year but there were fears: dwindling finances, business on hold, time away from friends and family, would anyone support us…

There have been sacrifices and it has been difficult but I have never once regretted it. Best of all, I discovered that there were people from all over the world who are willing to give up their time and come and help in difficult circumstances at their own expense.

By putting the dignity of refugees first, what John and I had done was give the many people who do care about refugees an easy way to help directly, either by volunteering or by donating.

We started off in that first camp by creating a shop to give out bags of essential food and everything grew from there. Every improvement has been due to volunteers coming with ideas and donors continuing to support us.

Our shops now distribute food, thanks to the ongoing support of groups like Help Refugees, using tokens that we give to refugees in the camp. They can buy whatever they want and feel a little normality in the midst of the chaos that comes from living in a refugee camp. We created ‘Clothes Boutiques’ that presented the clothing nicely, like a normal shop would, and even built changing rooms. It took months and huge expense but we created a community kitchen. With refugees and volunteers working together, we are preparing up to 400 meals, 6 times a week. We created a language school teaching up to 180 students a week English, Arabic, Greek and German. We built three cafeterias, two high quality playgrounds, and an artificial football pitch.  And we paid for the heating during a harsh winter when larger agencies needed time to organise themselves. 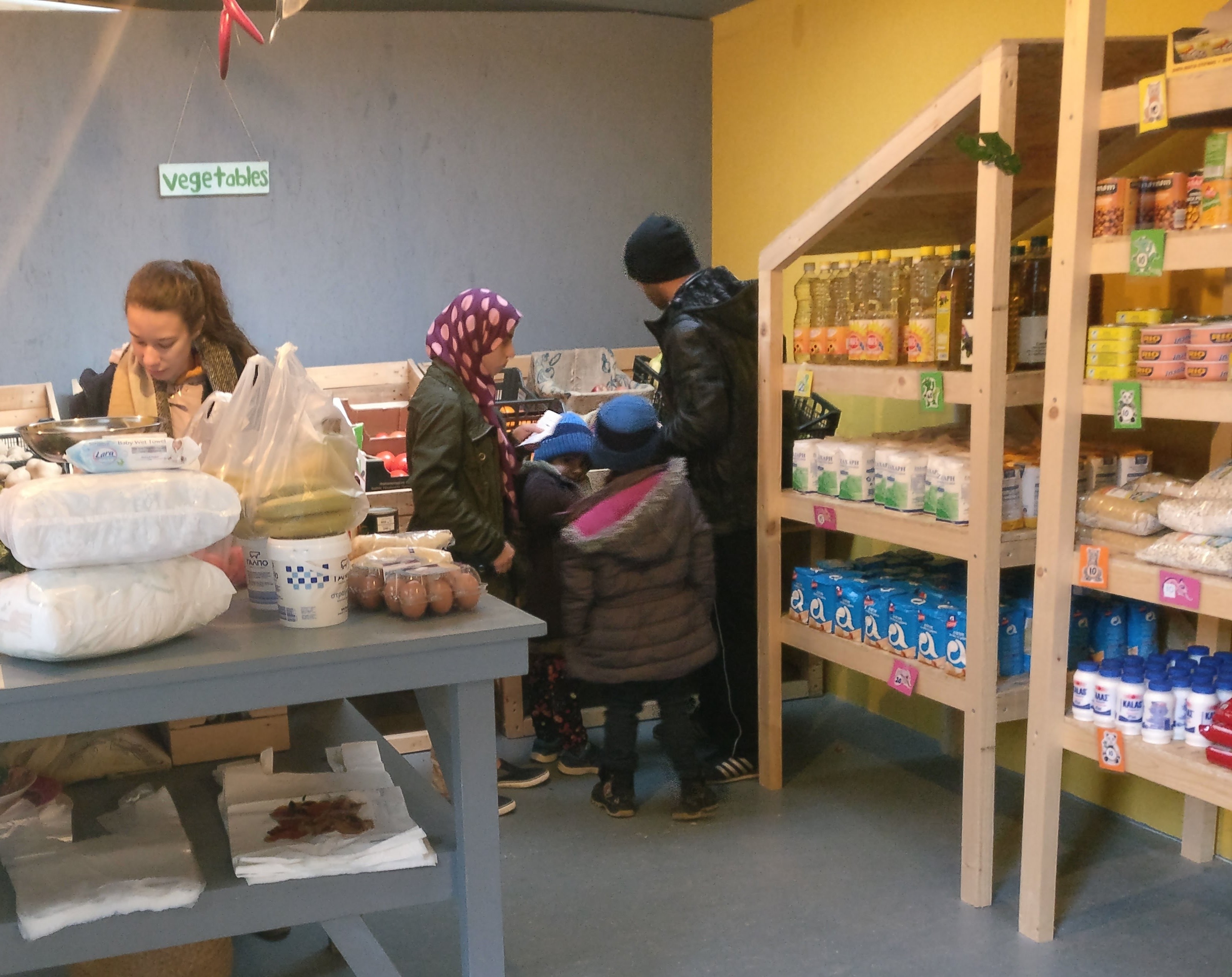 These are just some of the tangible things we’ve done, but I like to think what we have offered is something more valuable and harder to count. We have said to refugees: here is a group of people who care about you, who you can rely on and who will respect you as fellow human beings. We gave them a slice of normality, a chance to be themselves and most important of all, helped to restore some dignity.

No-one should be living in a refugee camp.  They are degrading, crowded and alien. We have made life more bearable but we want people to leave so they can rebuild their lives in proper homes, get jobs and educate their children. We will all benefit from that.

I’ve seen a slow improvement in camp facilities. But conditions are still dreadful, people are waiting far too long for their asylum applications to be processed and refugees continue to arrive at Europe’s shores.

As a continent we have failed refugees. Greece no longer has a sprawling slum at Idomeni but the border is still closed and prospects for those still trapped are bleak.

Please help us continue to support the invaluable work of people like Paul, by donating today here. 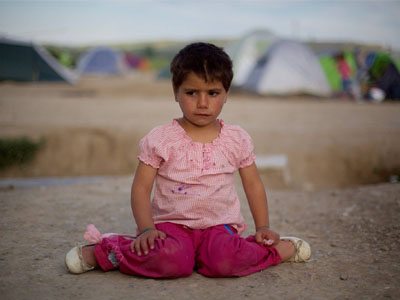 From August 1st the majority of EU funding to NGOs providing services for refugees is instead being paid to the Greek government.

While many NGOs have had their funding cut, there are strong concerns that an uncoordinated and poorly communicated transition to the Greek state providing services is already resulting in substantial gaps in areas as basic as food provision, education and medical care.

The lack of clarity around whether funding for NGOs will continue, or how vital services will be provided moving forward is putting huge pressure on smaller-scale grassroots refugee charities in Greece, which lack the capacity to fill the potentially huge gaps in service provision left by this transition.

Unless steps are taken to ensure this process is completed quickly, efficiently and transparently, this transition is likely to have a negative impact on the mental and physical wellbeing of thousands of vulnerable refugees currently living in Greece.

British charity Help Refugees started providing a wide range of support to refugees in Greece nearly two years ago. Founder and CEO, Josie Naughton, said this about this crisis:

“Something as basic as a handover plan, or a lack of one, is putting refugees lives at risk. NGOs are now cutting services and it will be the most vulnerable people that suffer the consequences. Safe shelters for minors are already being shut down, forcing more children onto the streets and into the hands of smugglers.

Grassroots groups have been filling the gaps for more than two years, but this time round we simply don’t have the resources to pick up the pieces.”

Full media briefing on the affects of the transition can be found here.

For information and interviews contact Tom Steadman at tom@helprefugees.org / +447460053586

We don’t have the same budgets as major INGOs, but we do have incredible volunteers who want to help. Please help us support those who will be negatively affected by these changes by donating here. 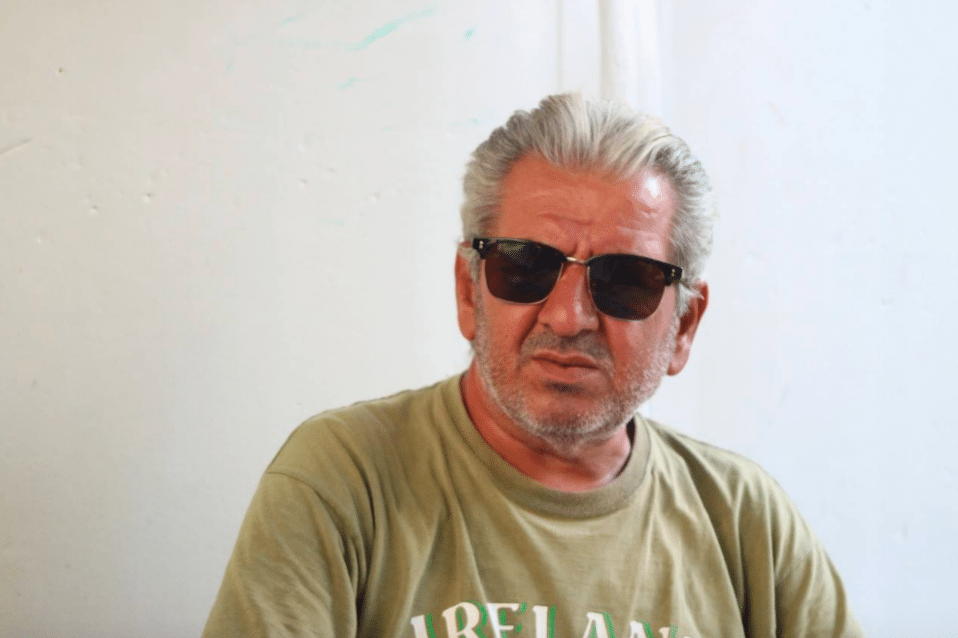 What’s happening to refugees in Greece, particularly on the island of Chios, is dreadful. And it seems as though Europe is turning their back on the crisis here.

Chios is at breaking point. 3,000 people are penned in on the island, half in a makeshift camp, living in festival tents, the rest are in a razor wire topped detention centre.

Kamal, from Syria, has been stuck on Chios for 3 months with his daughter. She is 19 years old. He is blind and has diabetes.

They’ve been stuck in a tent with temperatures of 42 degrees, with no fan, no information and no options. His wife and children are in Germany but his daughter has not been given permission to leave the island.

Our partners at the are working with Kamal to provide him with legal information and care. They’ve been working on the island to help help those who have been left behind by a system supposedly designed to help them.

Please support their incredible work, providing information and care to refugees where there is none, by donating to our fundraiser for the project.

Your ticket for the: REFUGEES IN CHIOS, GREECE: KAMAL’S STORY