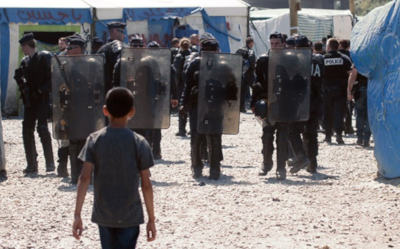 On the last day of February in 2016, the eviction of the southern half of the Calais “Jungle” began and residents were evicted. Authorities had said that there were only 800-1,000 people living in the south, so that’s how many accommodation spaces were made available.

Our team on the ground knew that in reality the number was much higher. Two weeks earlier, Help Refugees volunteers had counted 5,497 people, including 651 children – 423 of whom were unaccompanied – in the camp. Over half of these were in the south.

Associations in Calais warned authorities that children would go missing in an eviction without adequate safeguarding measures. In the census after the eviction, volunteers found that 129 unaccompanied minors were unaccounted for.

In the months that followed some of these minors returned to northern France, and our partners were able to track a small number of them down and offer their support. For the most part, though, we don’t know what happened. Many of them will have been at huge risk of exploitation and trafficking. Many will have joined the reported 10,000 missing unaccompanied children in Europe.

Today there are more than 150 unaccompanied minors in northern France, living in flimsy tents, on the streets, under bridges and in forests. They wait for the UK government to provide the legal routes it promised them. Instead of legal routes, they have been given more walls, fences and barbed wire.

Under the Dubs Amendment, many of these kids have been eligible for transfer to the UK for nearly three years. If proper systems of support had been put in place by the French and UK governments, those children could now be living in safety.

An incomprehensibly slow, inefficient and unfair asylum system has left thousands of children living in limbo. In the time it’s taken for the Home Office to start the process of filling the 480 spaces it has committed to,  hundreds more have gone missing.

As February temperatures hit new highs in the UK, it’s easy to forget about the threatening cold of a winter’s night. It is still winter, though, and children are still homeless and ignored. We can’t let another year go by while they remain in this condition.

What can you do to help?

If you have one minute you can write to your MP:

To ask them to ensure the spaces available to unaccompanied minors under the Dubs scheme in their constituency are filled as soon as possible. You can use our template here – it only takes 30 seconds!

If you have one day you can arrange a meeting with your MP:

To speak face-to-face with your representative regarding the situation in Calais and the conditions these children are living in. Ask them to confirm their commitment to bringing them to the UK and to offering spaces in their constituency, as well as to bringing up the issue in Parliament.

If you have one week (or longer) you can head to Calais to volunteer:

While they are waiting to be offered the protection to which they are legally entitled, these kids – as well as the many adults sleeping rough in and around Calais – need support from people like you. Head over to the volunteering section of our website or drop us an email via contact@helprefugees.org to find out more about how you can help. 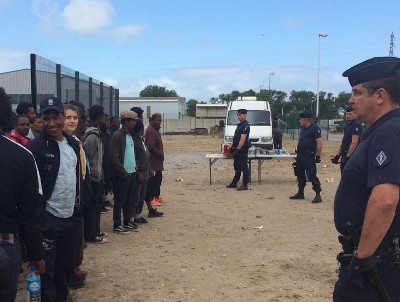 The ruling today (Monday 31st July 2017) in France’s Conseil d’Etat rejected the appeals by the French authorities and reinstated the state’s obligation to install water points, toilets, showers, daily outreach for minors and departures to accommodation centres from Calais.

The courts ruled: “the living conditions of migrants reveal a lack of action on the part of public authorities, which can be said to expose the persons concerned to inhumane or degrading treatment and therefore constitutes a serious and unlawful breach of fundamental rights.”

We’re delighted the appeal was defeated. Together with all our partner organisations, we will be working in Calais every day to make sure local authorities adhere to the ruling, and start providing services every human deserves.

Still, no provision will be made for the distribution of aid from the state. Help Refugees and our partners L’Auberge des Migrants, Refugee Community Kitchen and Utopia56  Please help us support the 600-700 refugees in Calais still in need of aid by donating to our fundraiser for the region here.

You can find out more about Help Refugees’ work in Calais here. 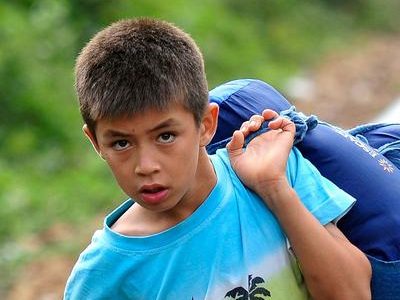 A new report, launched in the House of Lords today by Baroness Butler-Sloss and Rt Hon Fiona Mactaggart, confirmed that the failure of the British and French governments to protect child refugees, and offer safe passage is “unquestionably” fuelling exploitative smuggling and trafficking by organised crime groups.

Thank you to the Inquiry chairs and to the Human Trafficking Foundation who invited Help Refugees to give evidence for this report.

Launching the report, Rt Hon Fiona Mactaggard said “The UK government are colluding to the torture of children in France if they keep using British taxpayer money to pay French Police to brutalise unaccompanied children under the guise of border security agreements⁠⁠⁠⁠”

The UK Children’s Commissioner Ann Longfield also stated that the Home Office actions of abandoning children in Calais is against their most basic needs and best interests: “Clearly being left in the middle of Calais is failing on virtually every front there is”.

We cannot stand by and let this happen. Children are effectively hunted in Calais and the UK government is doing nothing to protect them.

Right now there are 200 children on their own in Calais sleeping rough and facing police violence. There are thousands more in Greece and Italy and no effort is being made to identify them and take them to safety.

The only way we can keep these children fed, hydrated, and warm enough in the night to sleep is through your support. Please help us help them by donating here: http://bit.ly/HelpRefugeesDonate 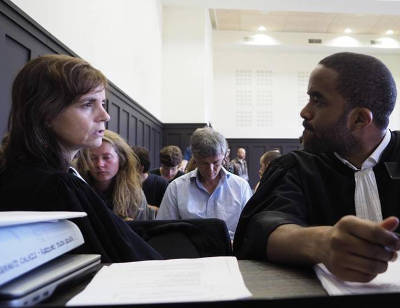 Yesterday afternoon, the Administrative Tribunal of Lille has ruled in favour of many of our demands in Calais. The City authorities (Mayor’s Office, Prefecture and Conseil Departamental) were ordered to provide the following within ten days or face fines:

– showers, toilets and potable water within reachable distance
– reinforced daily state outreach for unaccompanied minors to access protection
– departures to CAOs (accommodation centres) for refugees in Calais
– food will still have to be provided by associations in the region but distributions should not be hindered

A respite and accommodation centre cannot be opened in Calais however, and no mention was made in relation to allegations of state violence. The judge remarked that minors specifically did not have sufficient access to information, which has deterred them from entering protection.

The City authorities will have to report on their progress within 15 days, and the report will be sent to the Defender of Human Rights who has stood on the side of refugees and NGOs demanding the protection of their rights.

While this ruling is more favourable to us and the other 11 organisations who were acting on behalf of the hundreds of homeless refugees in the area, the city authorities are likely to appeal to the Conseil d’Etat, France’s Administrative Supreme Court.

Please help us continue to provide emergency aid to those still sleeping rough in Calais by donating here: http://bit.ly/calaisdunkirkfunds 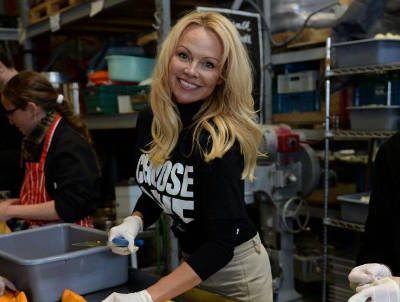 We are delighted to announce that following her visit to Calais earlier this year when she met the team, volunteered in the kitchen, donated vital bedding and food and met some of the unaccompanied minors at the evening distribution, Pamela Anderson has made a generous donation to the the Calais Mobile Youth Centre. This project is a partnership between Help Refugees and Refugee Youth Service. Funds were raised in conjunction with Maria Bravo’s amazing Global Gift Foundation.

The funds will cover running costs for the Mobile Youth Centre, providing essential support, information, aid and much-needed moments of respite to hundreds of children in Northern France every day. They will also cover the costs of the provision of internet each evening. This allows the kids to communicate with their families and friends back home which is such an important form of psycho-social support.
We would like to thank the Pamela Anderson Foundation and everyone at the Foundation for their support as well as Maria Bravo and the Global Gift Foundation.
To donate funds to the Mobile Youth Centre and help us keep this essential service running please click here.
Read more

Your ticket for the: PAMELA ANDERSON SUPPORT FOR CALAIS MOBILE YOUTH CENTRE